Ubisoft responds to Assassin’s Creed Odyssey controversy by making some changes to the DLC. Spoiler warning for the end of Shadow Heritage.

Assassin’s Creed Odyssey’s Shadow Heritage DLC stirred up quite the shitstorm for Ubisoft thanks to the ending, that forces players into a heterosexual relationship complete with a little sprog, regardless of their actions. This didn’t sit well with a lot of people, given that it ignores choices made along the way, and the trophy name – Growing Up – ruffled feathers too; the community wasn’t happy with the implication that popping out a baby is a measure of adulthood.

The publisher apologised for ‘missing the mark,’ promised to rename the trophy/ achievement, and explained that the ending would make sense in the overarching narrative of Legacy of the First Blade, once the third episode – Bloodline – is released. A rep also added that Shadow Heritage would not be receiving an update to change the ending, but that’s no longer the case, given the latest statement from Ubisoft on the matter.

“After hearing player feedback and discussing within the development team we are making changes to a cutscene and some dialogue in Shadow Heritage to better reflect the nature of the relationship for players selecting a non-romantic storyline,” it reads. 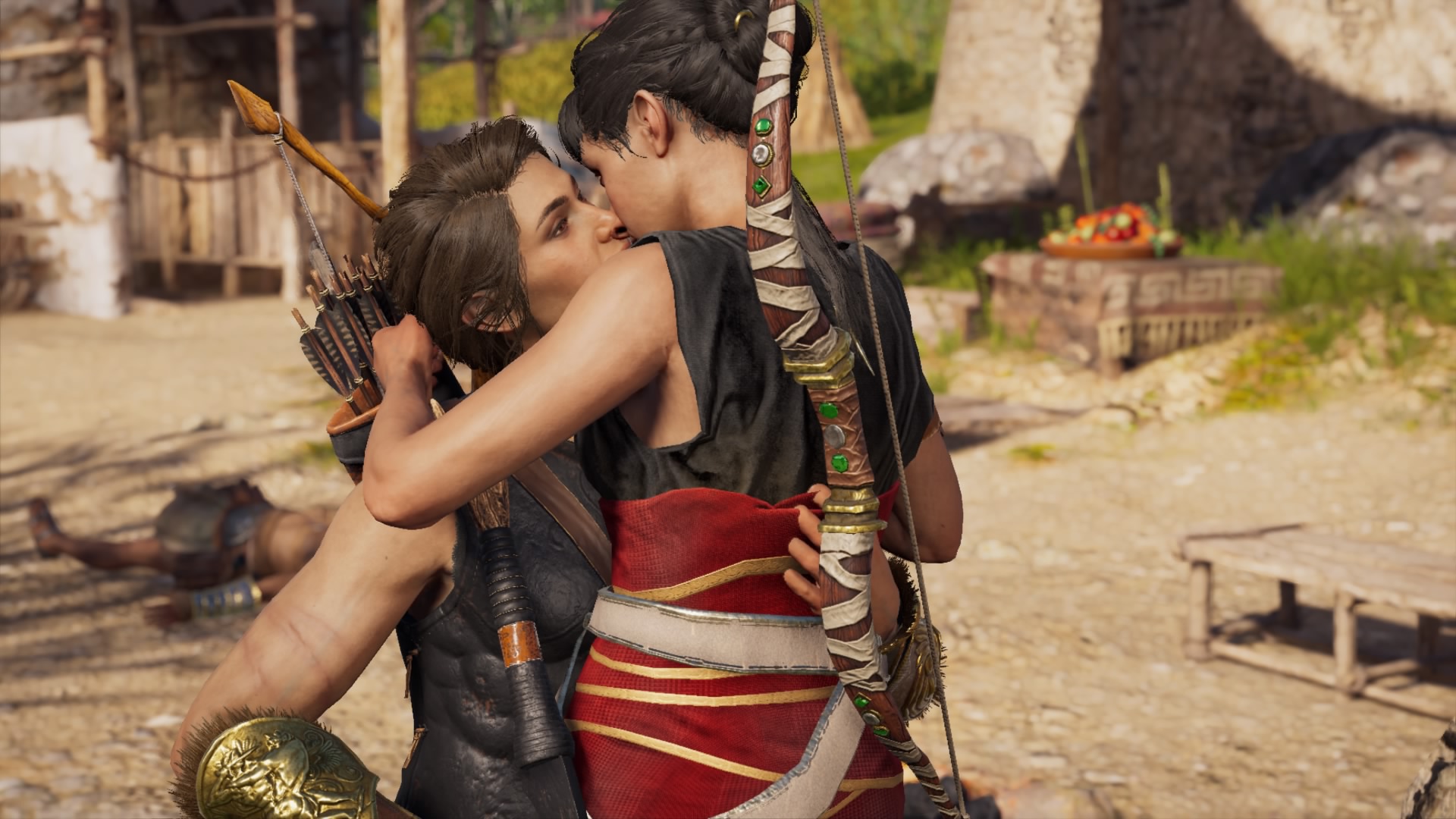 The changes will roll out in the next patch, along with the renaming of the trophy/ achievement. The Bloodline DLC is also getting reviewed.

“We’ve also been carefully looking at the next episode, Bloodline, to ensure the paths that players experience mirror the choices they make in game.”

If you’re still ploughing through the main campaign, then you’ve just ruined the ending of the DLC for yourself, but let’s put a pin in that for now. Here’s how to get the best ending in Assassin’s Creed Odyssey, and if you’re after some legendary items, be sure to visit the Arena and give our guide a once over before you dive in.