Bend Studios has released a new video for Days Gone, giving you a look at the lovely state of Oregon. Shame it’s now inhabited by zombies, animals, and folks wanting to kill you.

In the newest Days Gone trailer, you’ll get a look at the forests of Oregon, its mountains, high desert, and communities of holdouts in the Farewell Wilderness.

While traversing through the wilderness, you’ll have to remain on guard for more than just other humans and Freakers. Bears and wolves live the forests, and just like every other video game featuring the massive beast and canis lupus, neither are the shy type. The mountain region isn’t too safe either: cougars, more bears, Freakers, and Marauders are an ever present danger.

Even riding down the various roads in the game poses a threat. One minute you’re having a lovely ride on your motorcycle, and the next minute all hell breaks loose.

Freakers, which are pretty much zombies, have been drawn to the area thanks to mass graves dug for victims of a pandemic. The area has become a feeding ground, and to make matters worse, marauding groups of humans are also in various areas looking to rob and pillage everyone in their path. Then there’s the crazed cultists. Sounds like folks need to pick up and move out of Oregon.

Today’s trailer is the first in a new series taking a look at Days Gone. Future installments will highlight key key features of the game.

Alongside the trailer comes additional information on pre-order bonuses and special editions.

Pre-ordering Days Gone from any retailer nets a code for the Drifter Crossbow and upgrades the drifter bike’s Nitrous, Gas Tank, and Shroud early in the game. If you pre-order from the PlayStation Store, you’ll also receive a Days Gone Sawmill Dynamic Theme immediately.

In addition to the standard edition of Days Gone, Sony is offering both a Collector’s Edition and a Digital Deluxe Edition. 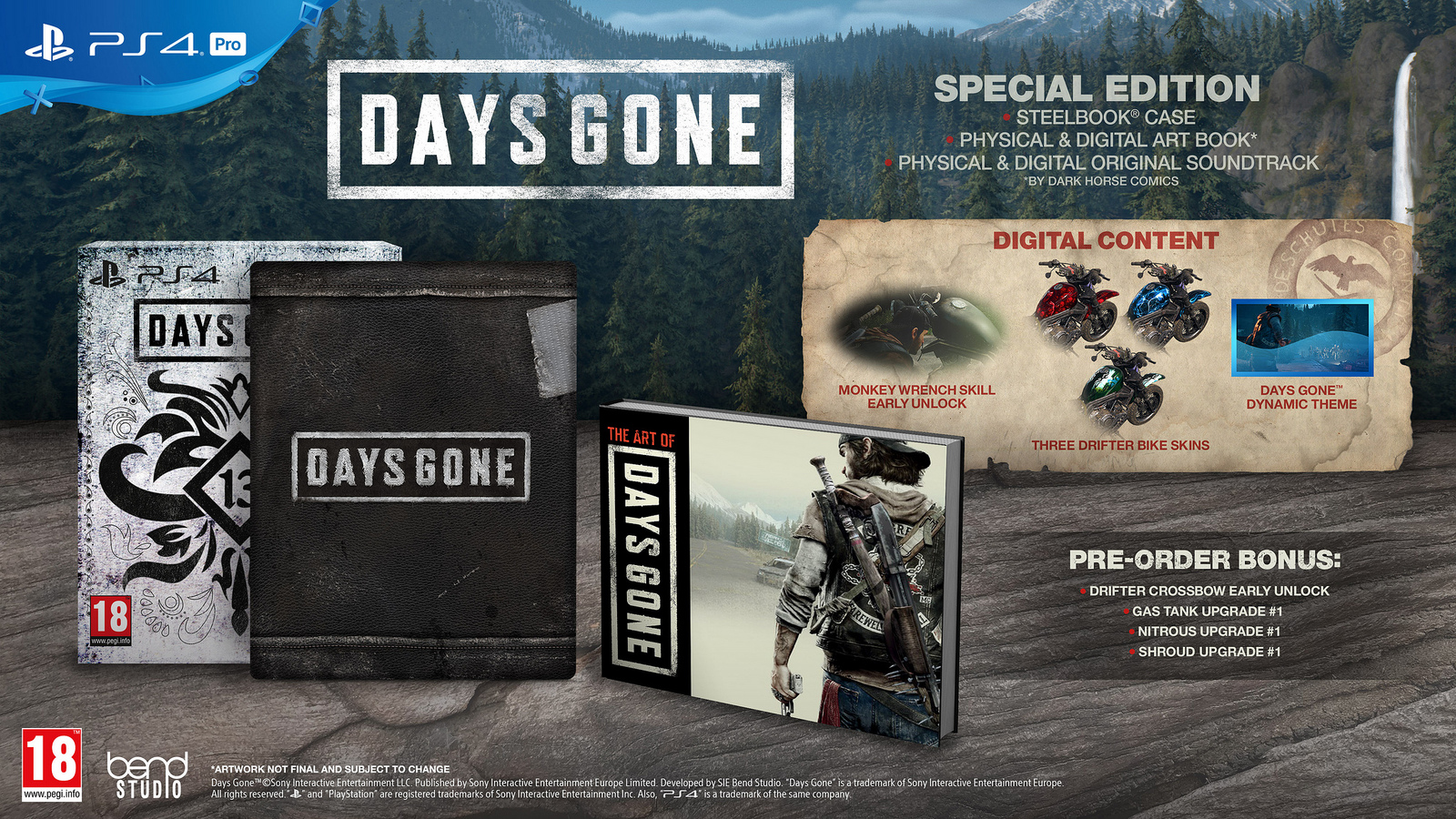 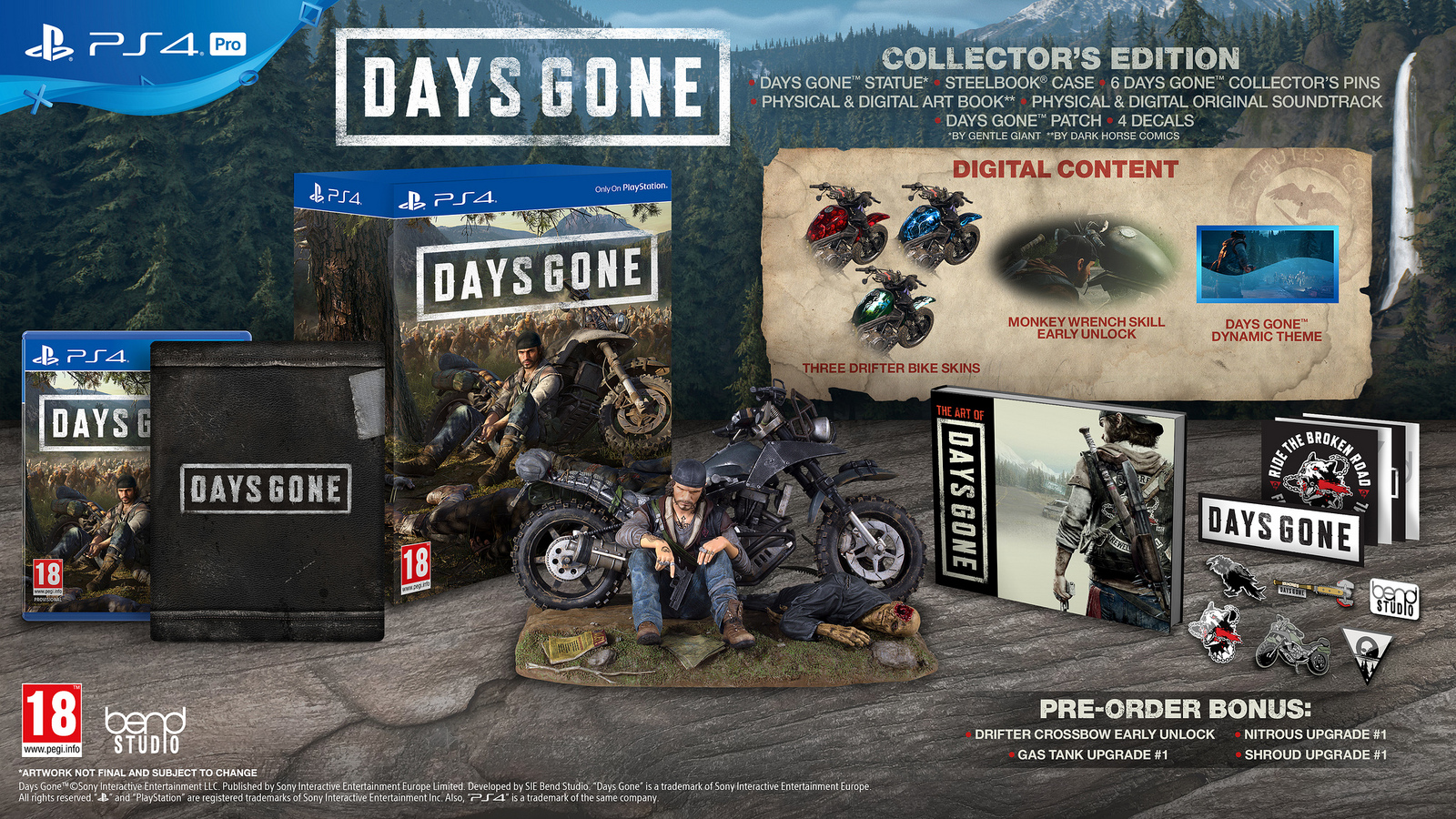