Update: Ubisoft responded to our request for clarification on the implementation of “personalized discounts”, so we’ve added it to the story below.

Rebellion dropped a couple of days ago along with a launch trailer, and is available on both iOS and Android.

The specific listed benefits of “Animus Premium Access” are as follows: 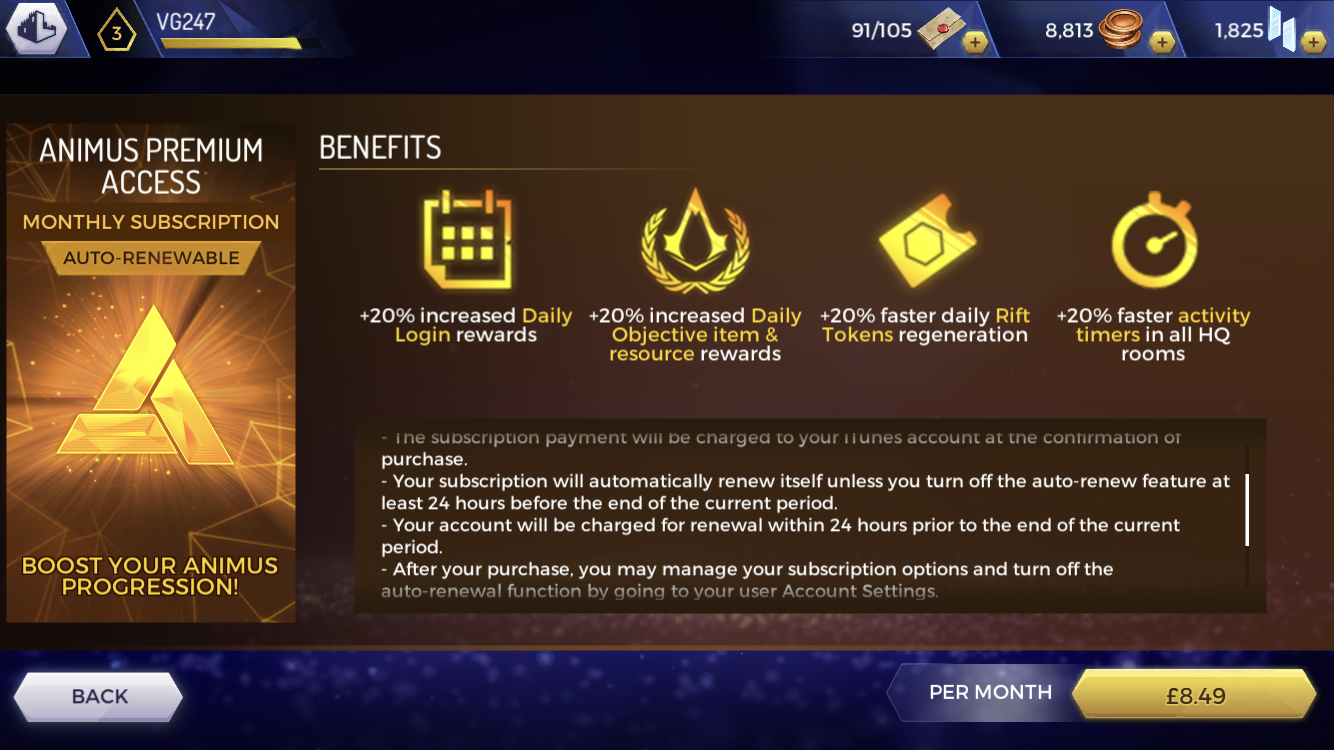 Some critics felt that Odyssey’s progression systems had been deliberately slowed down to encourage players to buy XP, money, and resource boosters from the real-money Helix Credits store.

The relationship between time and money spent is more apparent in Rebellion though, where you can plainly pay a fee to reduce countdown timers. 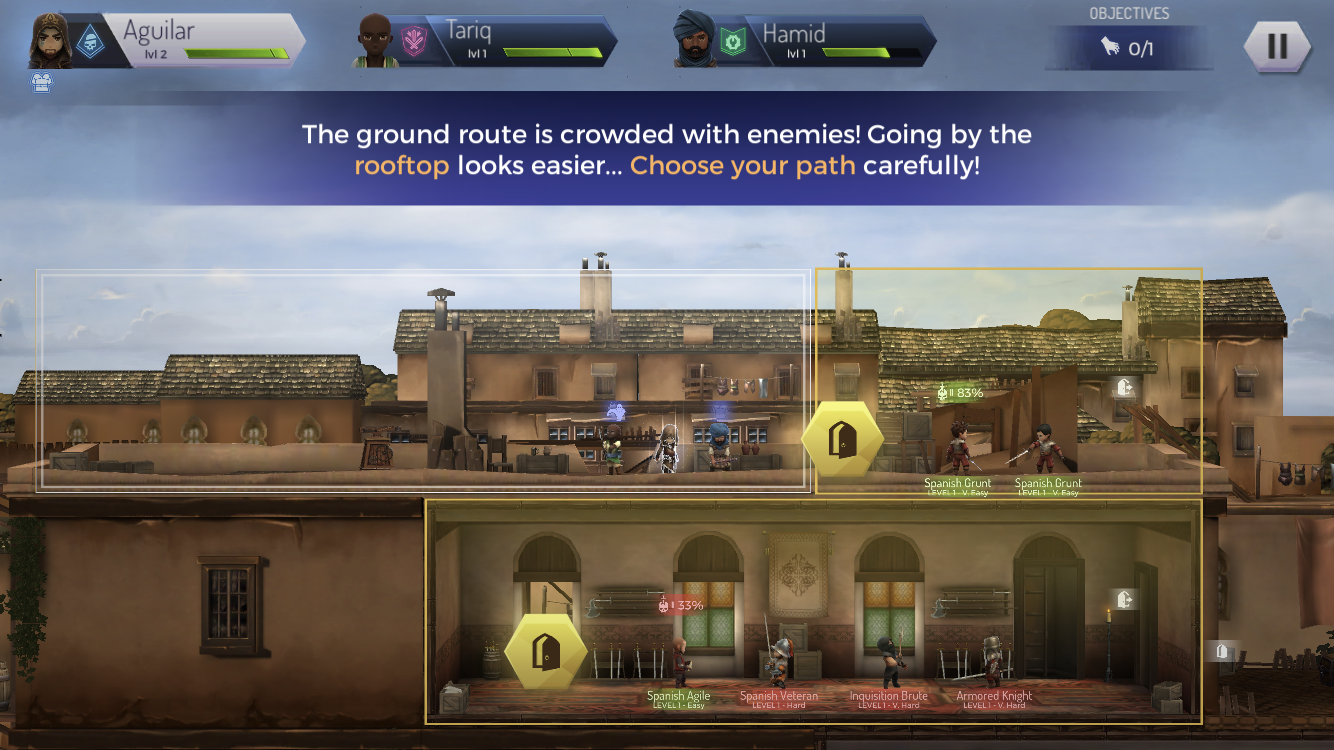 The game itself is a mix between a party-based RPG and a Fallout Shelter-esque management sim featuring fan-favourite heroes and supporting characters from most of the Assassin’s Creed games. You build up your Brotherhood’s hideout with different rooms, and level up your characters – who have different stats and abilities – to best equip them for story and side missions.

You collect new characters by opening “DNA Cubes” which can be earned in-game or purchased using Helix Credits. Before you fully unlock a character you need to open enough of their DNA Fragments, which range from 10 for common characters to 25 for legendary ones like Ezio and Kassandra. 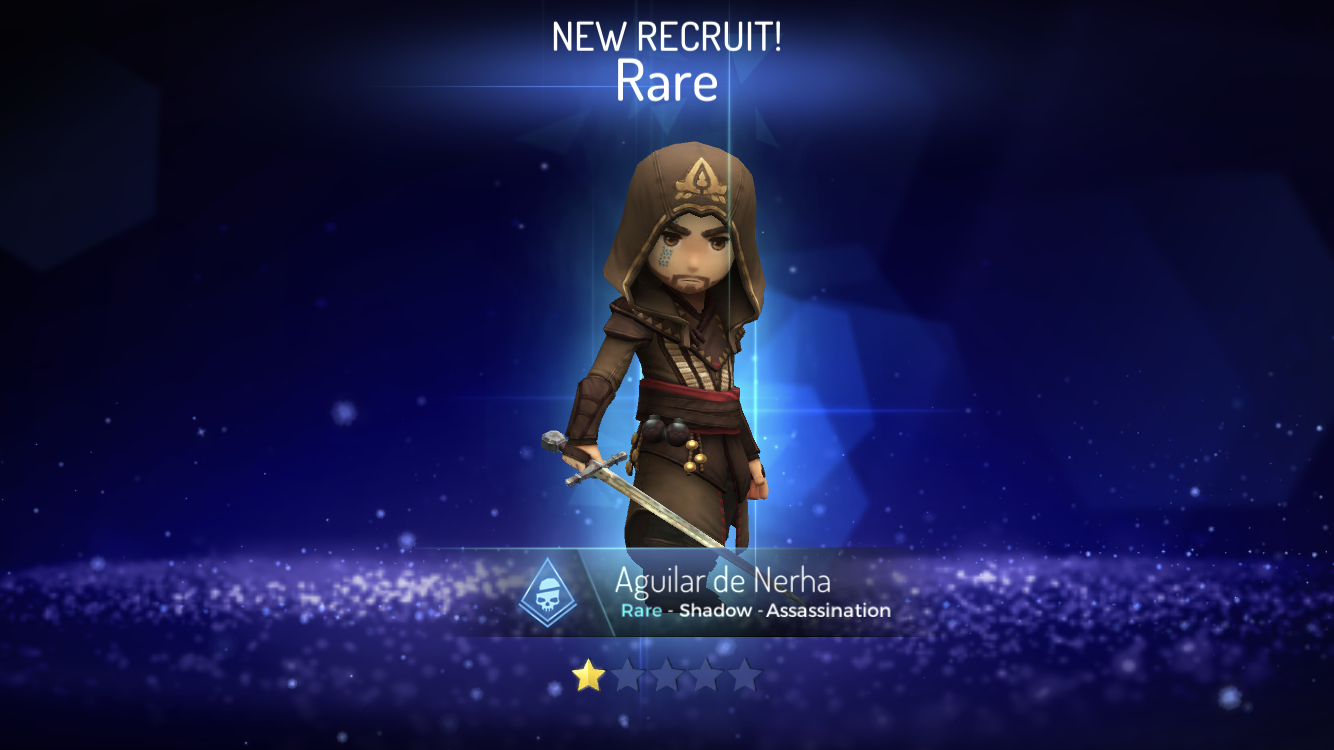 You get three drops from each Cube, where you can either get between 4-6 DNA Fragments of a hero, or a small chance at the full hero. So that means that every cube contains at least 12 DNA fragments.

The third drop in a cube is guaranteed to be epic or legendary, but the chance of getting a full legendary hero from each drop in one Cube is consistently 0.18%.

Ubisoft has released the full odds for DNA Cubes: 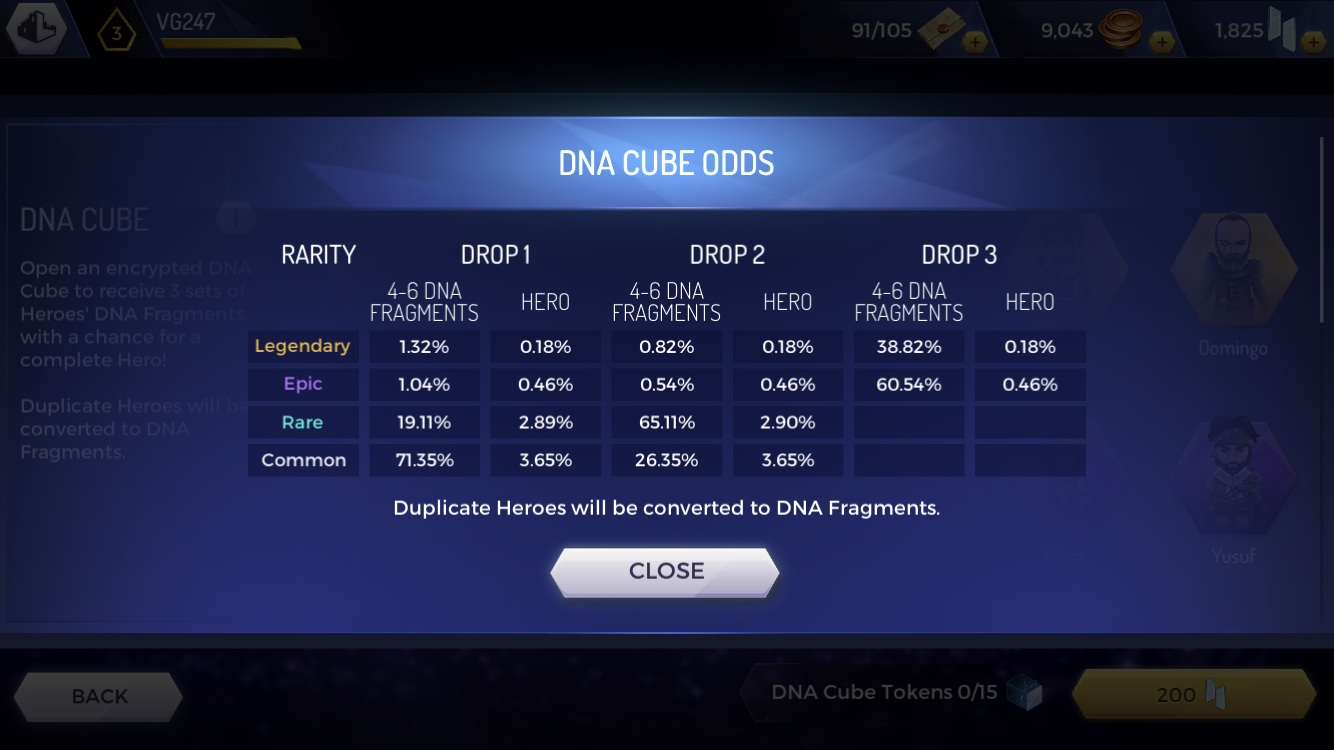 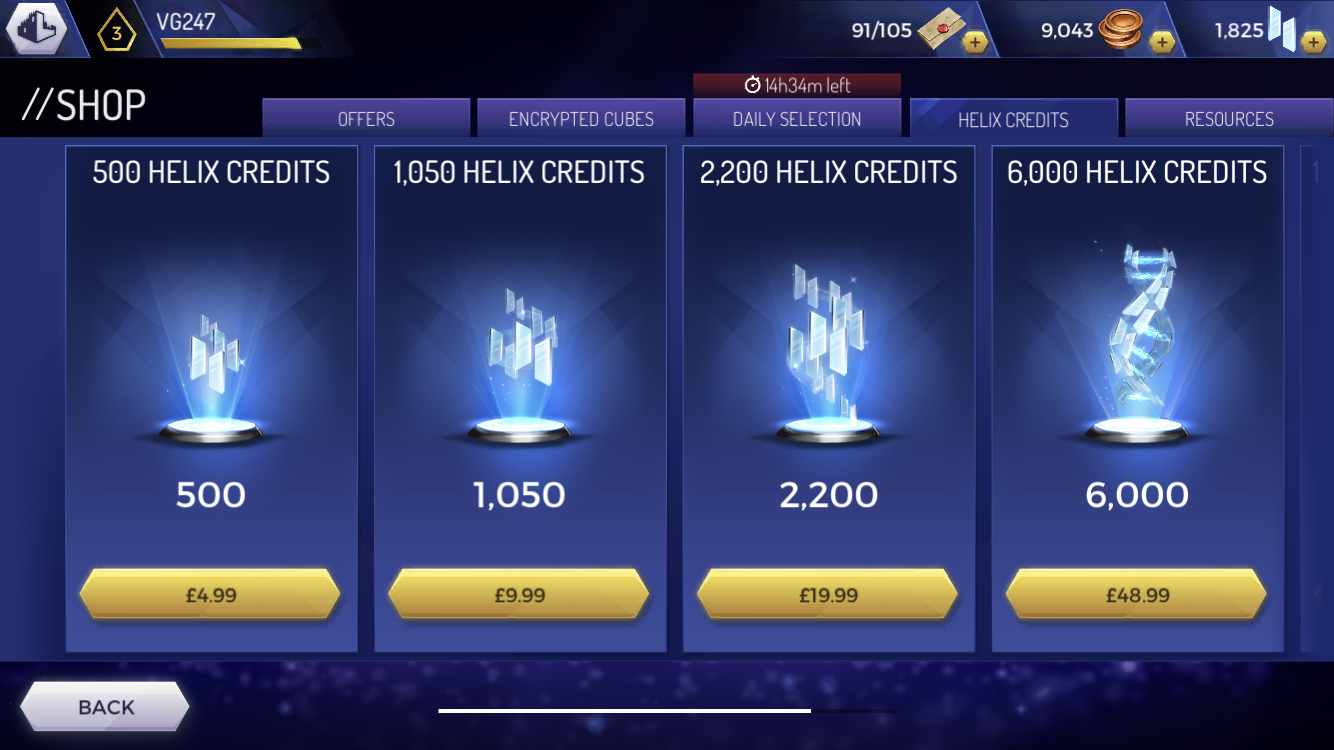 As part of the game’s EULA, you can also agree to “personalized discounts”. In response to a request from us for clarification on these discounts are delivered, Ubisoft said:

“There are no dynamic discounts in Assassin’s Creed Rebellion. ACR does not offer the same content at different discounts or price points to players based on tracking data.

“In ACR, there are 2 main ways to offer promotions to players; using information about the progression of player (ex: player has reached the 2nd region in the game), promotions are displayed to players containing items that might be useful for her/his progression, [and] time-limited offers, a promotion is displayed during a limited time to all players present in the game.” 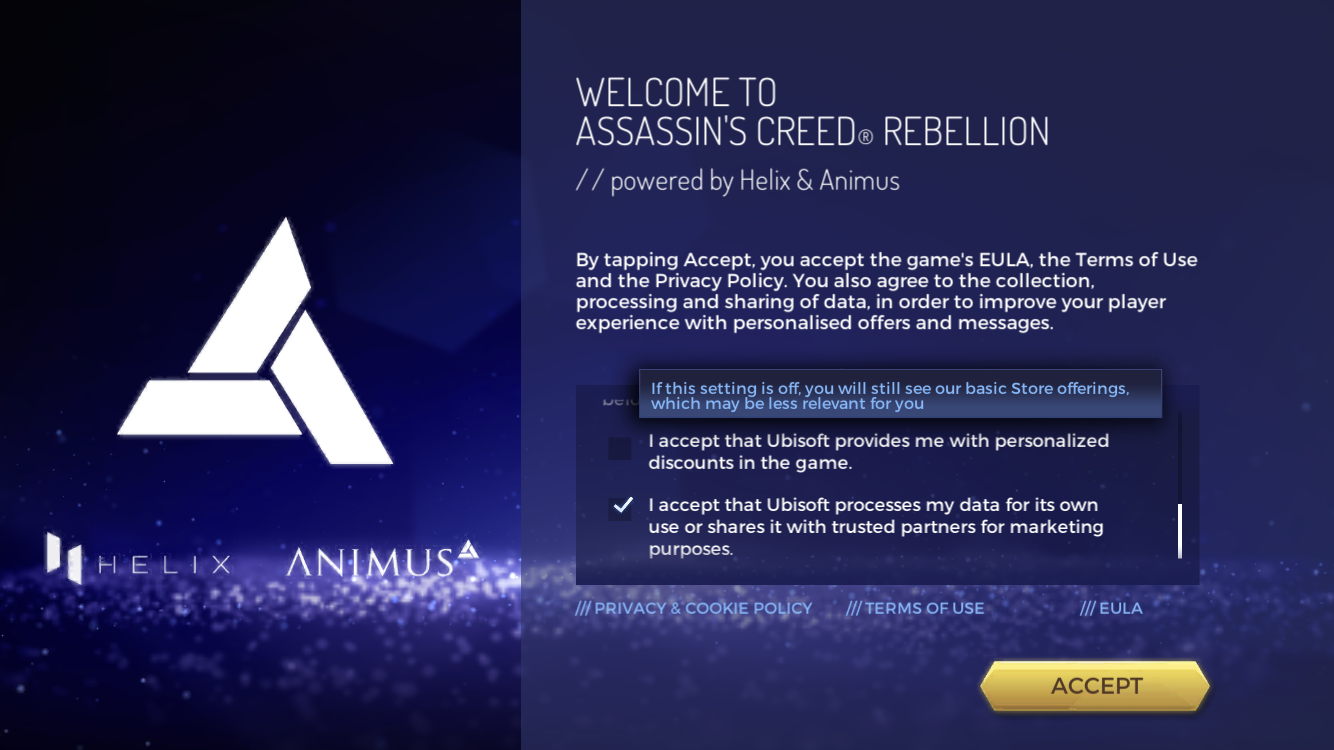 Microtransactions have been making news in other games recently too, with PUBG charging $25 for a Suicide Squad Harley Quinn skin, and laminate flooring in Fallout 76 costing nearly as much in Atoms as it does by the square meter IRL.