Riot and Marvel are teaming up to bring League of Legends: Ashe: Warmother to fans next year.

A League of Legends graphic novel is in the works for a May 2019 release that will delve into Ashe’s origins, but you can start reading it in monthly instalments on digital platforms starting December 19.

Riot Games writer, Odin Austin Shafer, will be writing the series of comics in his first foray into the medium, while Heavy Vinyl’s Nina Vakueva – Russ Manning Most Promising Newcomer Award-nominee – will be handling the artwork. Letter are by Cardinal Rae.

“We love comics as a way to tell stories because it gives League of Legends fans an opportunity to see the world of Runeterra and not just read about it,” said Greg Street, Head of Creative Development at Riot Games.

“We see similarities between the League of Legends Universe and the Marvel Universe, as both of them feature an array of characters with compelling and diverse backgrounds. Marvel’s success at developing a world through comics and creating great stories is industry-defining, and we’re thrilled to be working with them to bring our own stories to life.” 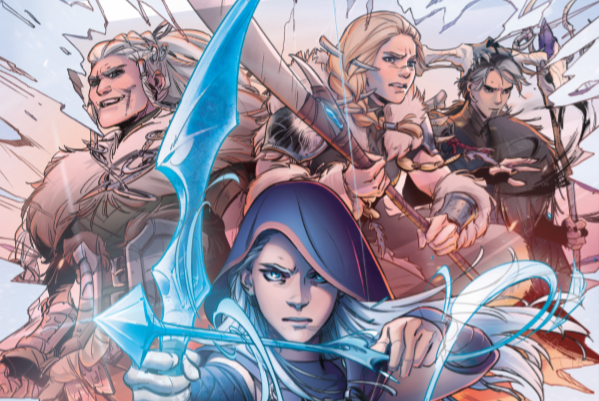 “Many fans of the Marvel Universe and comics share their interests and passion for storytelling with the gaming community,” said C.B. Cebulski, Editor-in-Chief of Marvel.

“League of Legends is one of the most well-known games in the industry, and their unique world and extensive roster of rich characters and are a perfect fit for comic books. We’re excited to partner with Riot and help build the League of Legends Universe for fans and players around the world.”

You can check out the cover art in all of its glory below. 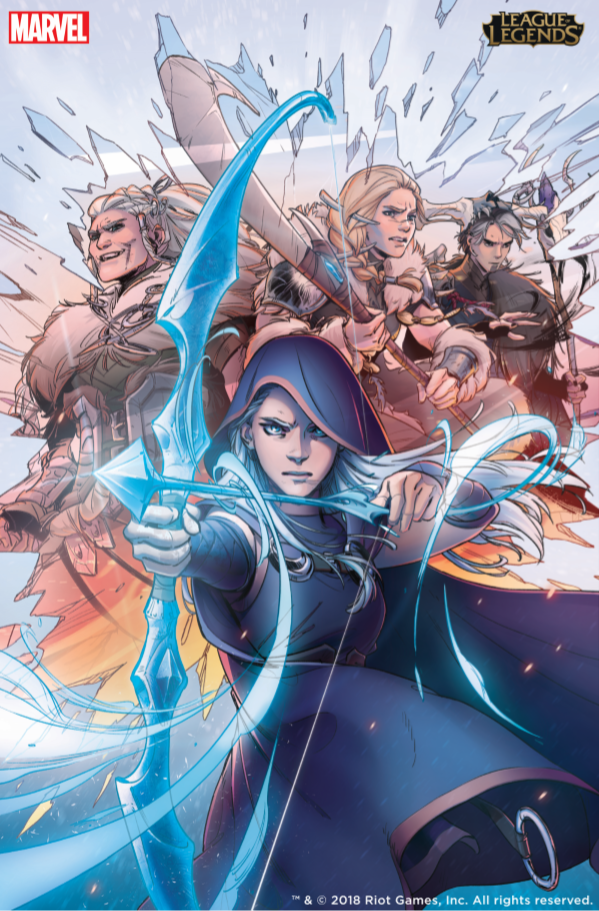 Details are scarce, but here’s what Riot and Marvel have shared about the story so far:

“Raised in the savage wilds of the north, Ashe is an Iceborn, a warrior gifted with a magical connection to her frozen homeland–and burdened by her mother’s fanatical expectations.

“When they set out on a dangerous quest for the truth behind an ancient myth, bonds are broken, secrets come to light, and Runeterra is forever changed. Will young Ashe become the leader her people need? Or is destiny merely an empty dream?”