The Pokemon Company has explained how the Pokemon Go Meltan evolution to Melmetal will work for Pokemon: Let’s Go Pikachu and Eevee.

Details on how to evolve Mythical Pokemon Meltan into Melmetal in Pokemon Go for use in Pokemon: Let’s Go Pikachu and Eevee were provided today.

Players will nee to collect 400 Meltan Candies in order to evolve the Pokemon into Melmetal.

How it works, as we’ve explained before, is players are rewarded with a Mysterious Box the first time they transfer a Pokemon from Pokemon Go to Pokemon Let’s Go. Opening the Mystery Box in Pokemon Go will then allow Meltan to appear in the game, and then players can catch it to fill out their Pokedex.

Once you’ve caught a Meltan in Pokemon Go, that same Meltan can then be transferred back to Pokemon Let’s Go Pikachu and Eevee and caught once again over in those games.

The only known Mythical Pokemon known to evolve, Meltan turning into Melmetal can only occur in Pokemon Go. In order to evolve the Pokemon, players will need 400 Meltan Candies.

Like Candies that can be collected for other Pokemon, players can obtain Meltan Candies once they catch Meltan after opening the Mystery Box and sending them to Professor Willow. They can also do this by walking around with Meltan selected as their Buddy Pokemon.

Players can also obtain Meltan Candies by sending that Pokemon from Pokemon Go to the Pokemon: Let’s Go, Pikachu or Let’s Go, Eevee. Once Meltan has been evolved into Melmetal in Pokemon Go, players can bring it back over to their Pokemon Let’s Go game.

In short, Pokemon: Let’s Go players will receive a Mystery Box. They will then send it to Pokemon Go where upon opening, Meltan will appear. They will evolve the Mythical Pokemon into Melmetal with 400 Meltan Candies, and then the creature can be transferred back over into Let’s Go Pikachu or Eevee. We explain how to catch Meltan in Pokemon Go in our guide.

Here’s more about Melmetal from The Pokemon Company:

The Pokemon has the power to create metal. Because of its Evolution from Meltan, its body has hardened and is now incredibly sturdy. Melmetal is made of liquid metal, and its flexible arms can be whipped forward to deliver a devastating punch. It can also execute a powerful, unique Steel-type physical move known as Double Iron Bash. By using the hex nut in its chest like an axle to spin its arms around, Melmetal can deal a double strike to its opponent. The weight of the heavy hex nuts on its arms combined with the spinning motion gives the Double Iron Bash move extraordinary power. 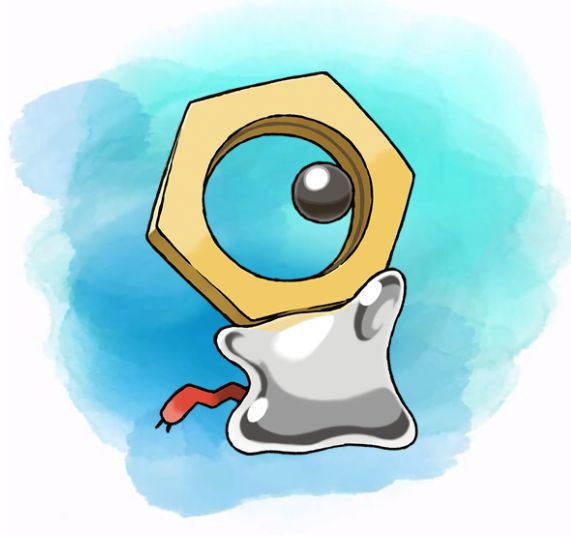 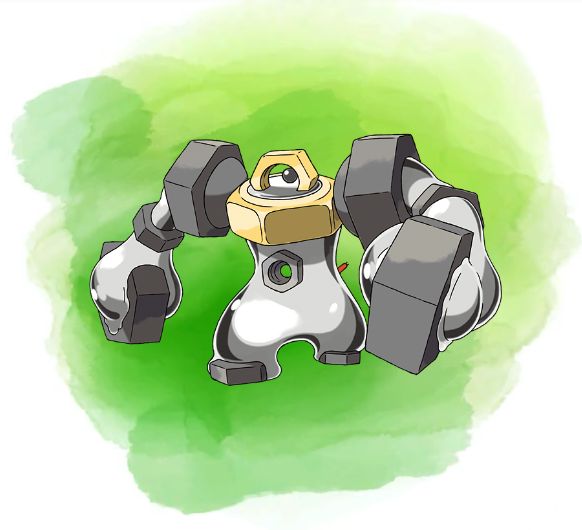 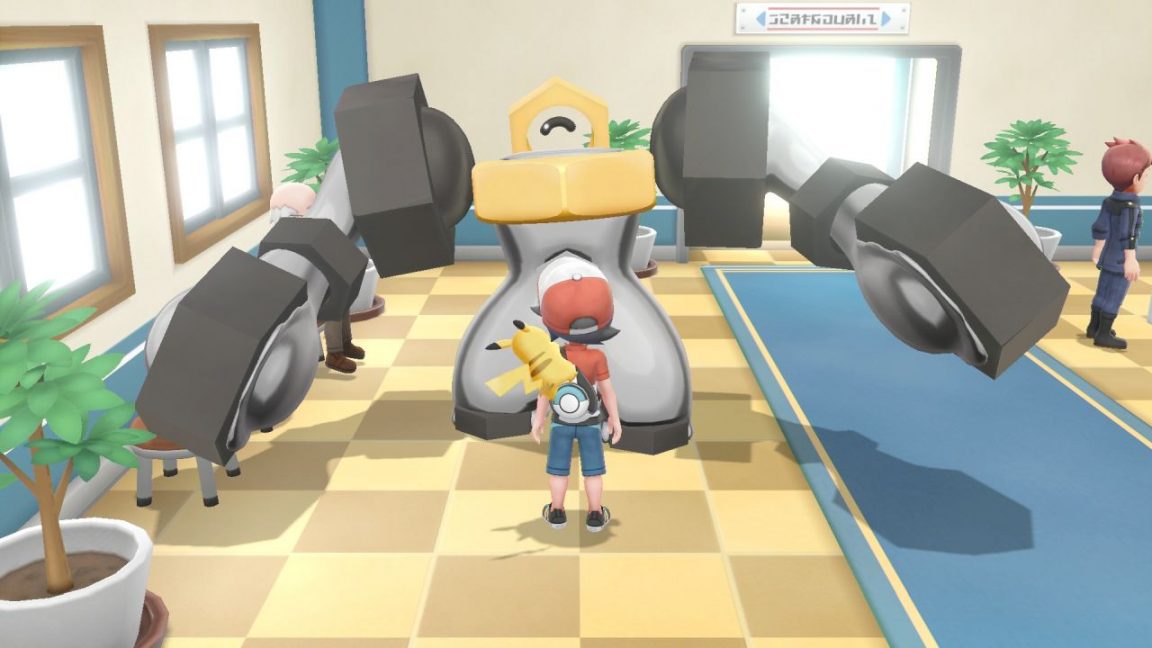 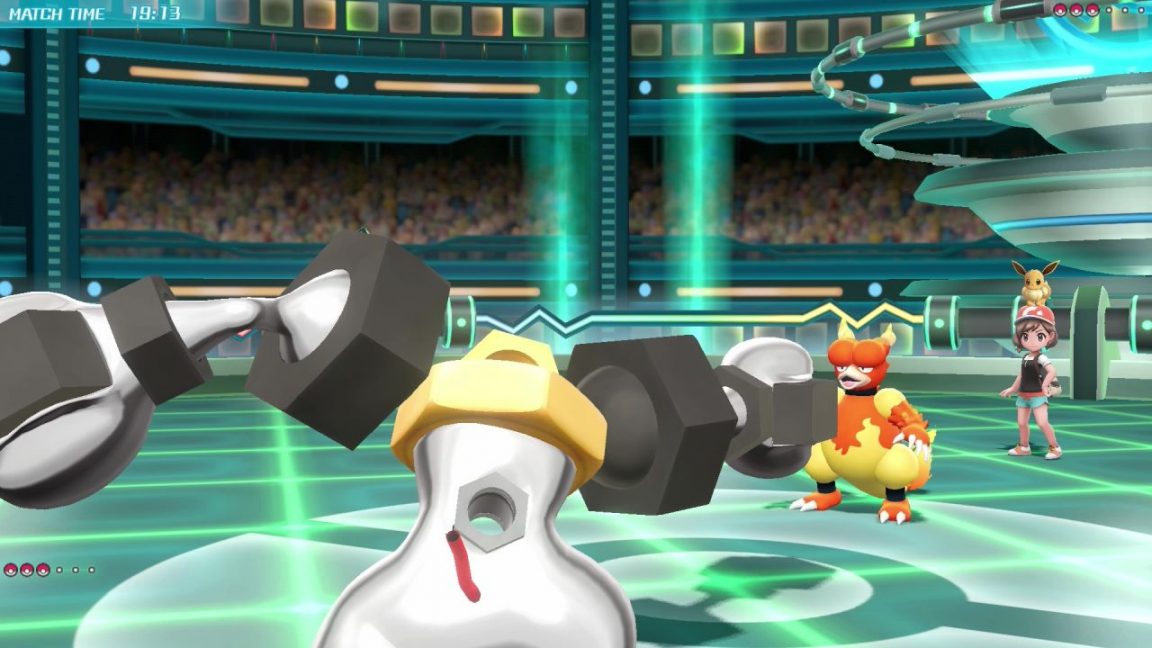 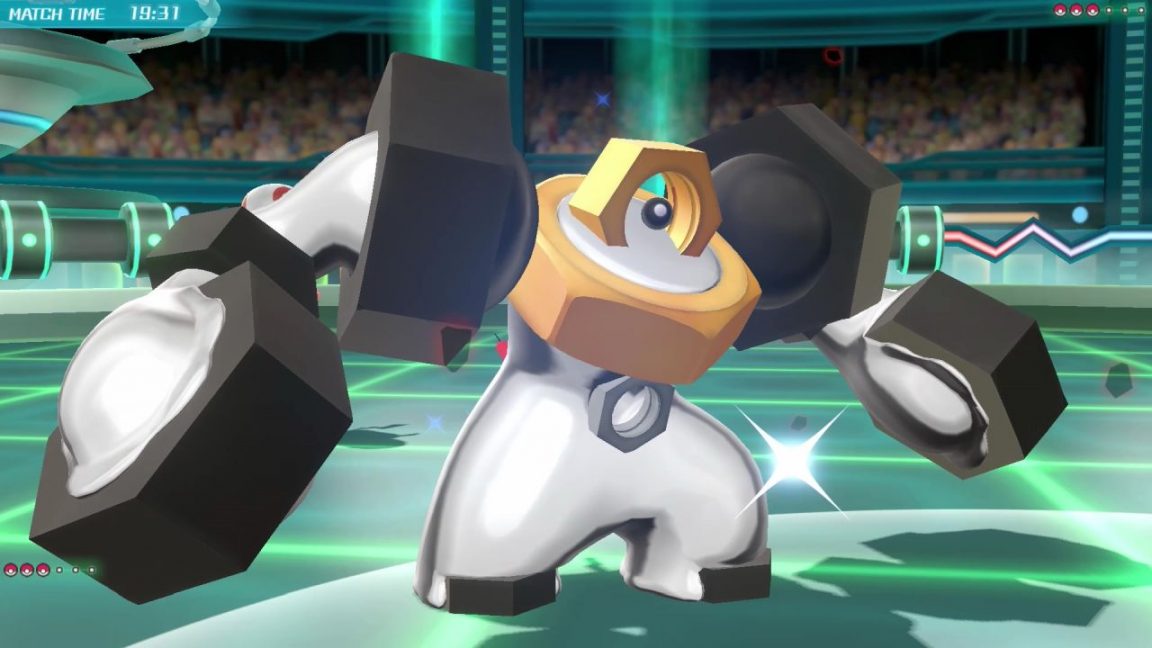 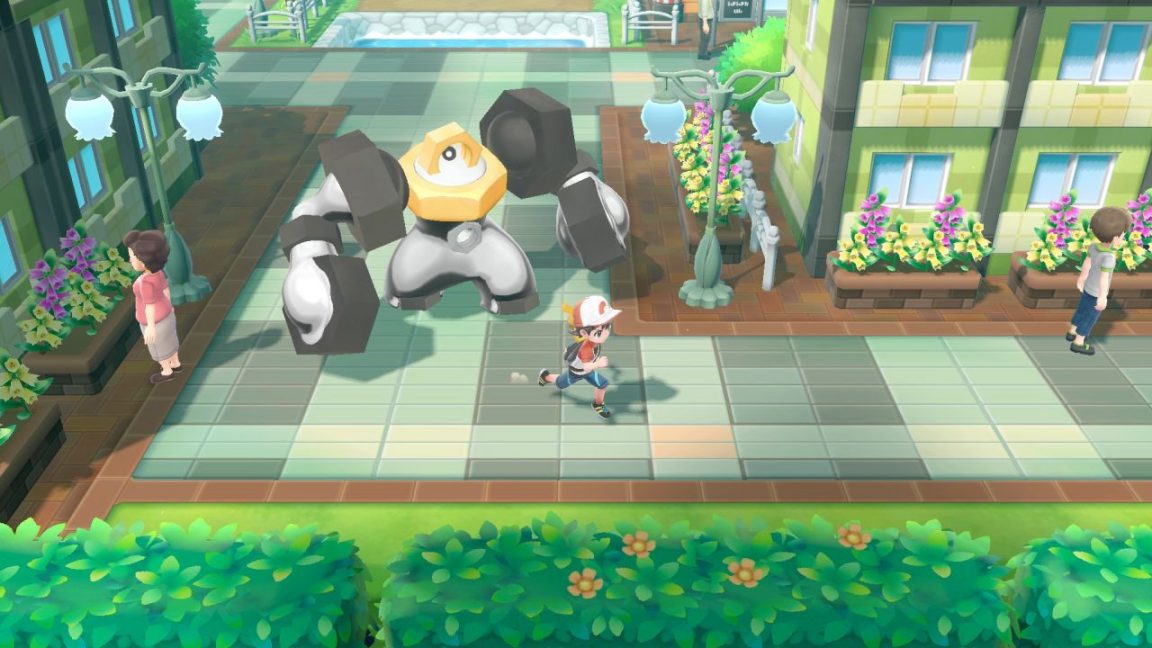 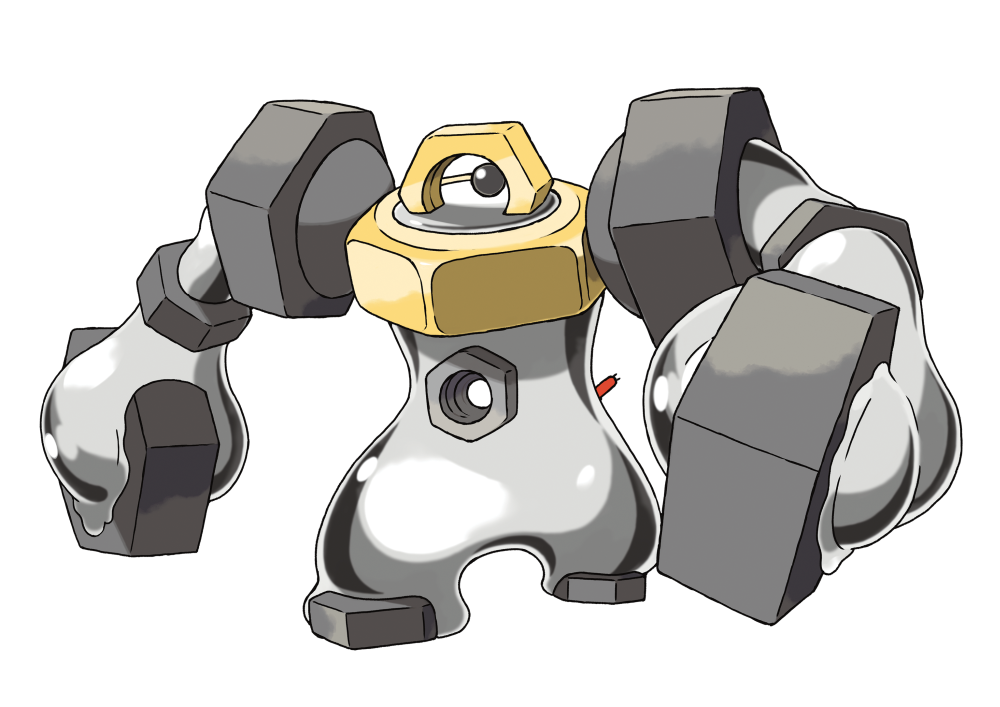 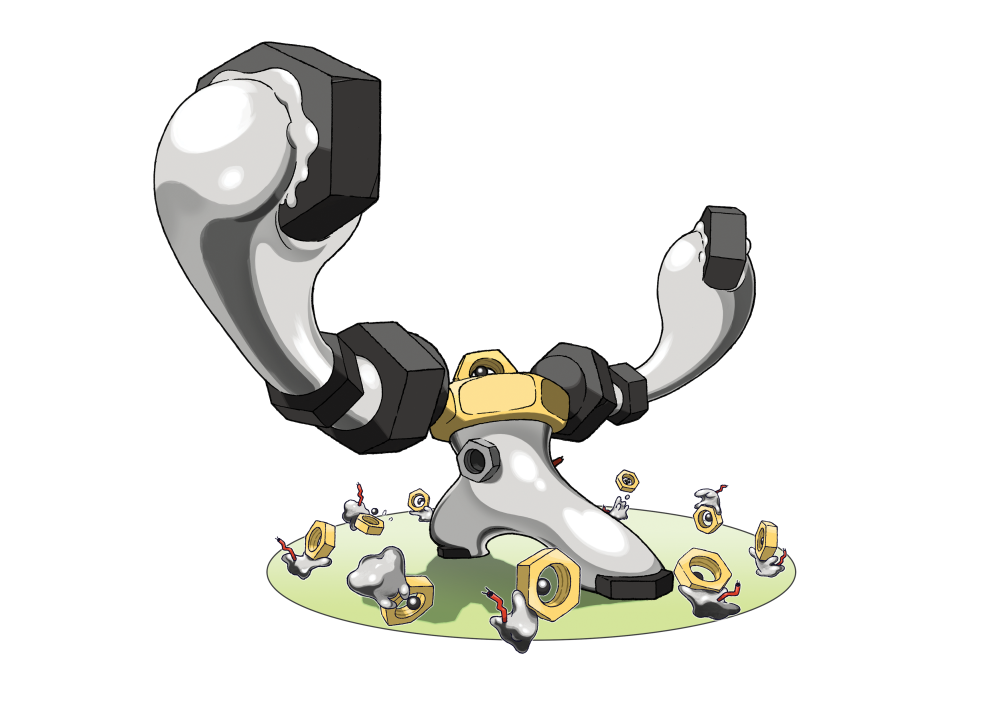 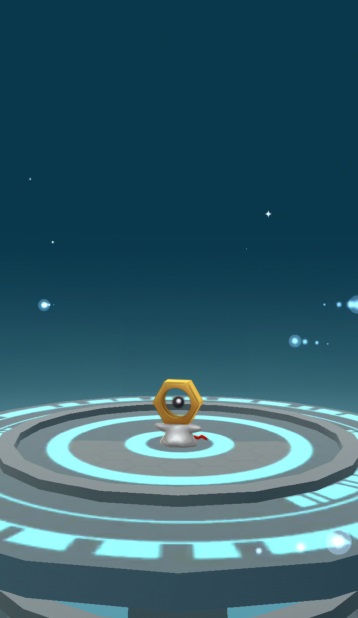 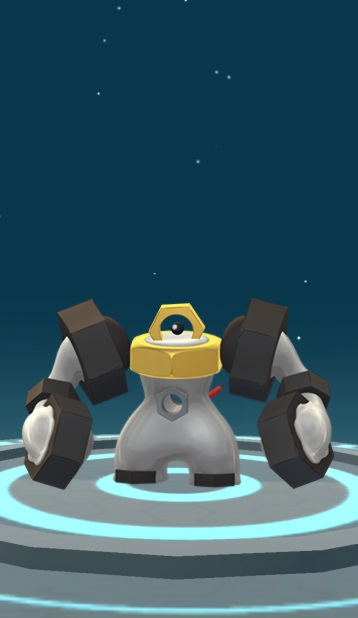