Operations have been tweaked in Battlefield 5, and are known as Grand Operations.

Introduced in Battlefield 1, Operations are a Conquest Assault and Rush mash-up of sorts. Operations feature both territory control and main focus on attacking. Each Operation features a narrative, cutscenes, voice overs and gameplay across multiple chapters with a 64-player maximum.

However, unlike Battlefield 1 Operations, Grand Operations won’t feature the same basic attack or defend objectives on every stage as noted above. The mode will still be based on historical battles across multiple maps though, but there will be multiple modes this time out instead along with custom rules.

In the Grand Operation teased during the reveal event in London, players will be dropped into Rotterdam as paratroopers. Squads are of particular importance in this instance, and if one of the players dies and chooses not to respawn to their squad, they will be forced to jump from a plane again.

The second phase of the operation might involve and attempt a ground assault once the paratroopers have taken down the artillery. Should the paratroopers fail though, players will find that in the next stage attackers will start with less vehicles and tickets to complete the next objective. 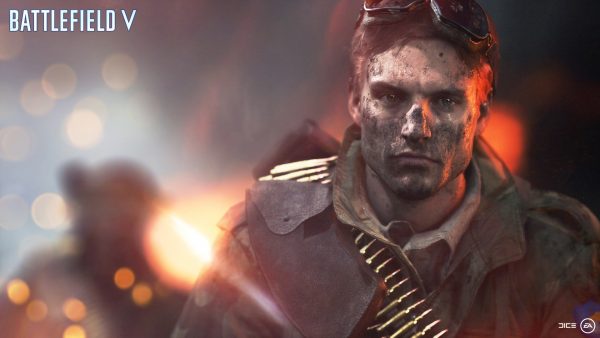 Grand Operations come in four parts spanning four days, according to what DICE said on the livestream. But if there’s “unfinished business,” left over from a day, there’s the chance for Final Stand. This is a last standing mode where both sides will have depleted resources such as minimum ammunition. Players will start with one clip, and to gain more, they will have to scavenge ammo from downed enemies. It sounds stressful and brilliant. I’m in.

Final Stand is basically a fight to the death with extreme pressure, and no respawns. Because of this, players will need to stick with their squad in order to be revived upon death as all squad members have the ability to revive others regardless of their chosen class.

We’ll have Battlefield 5 goodness for you as more information comes.

Battlefield 5 releases worldwide on October 19 for PC, PlayStation 4, and Xbox One. All pre-orders secure access to the open beta.

Those who pre-order the Deluxe Edition can play early on October 16. A Play First trial will be available on October 11 for EA Access and Origin Access subscribers. It will not feature a Premium Pass.

For more on the game, Alex is at the Battlefield 5 reveal event and provides you will every bit of information currently known. Give that link a click to read the full thing.