The new God of War isn’t all about smashing bad guys – although there is a lot of that involved. This time Kratos’ adventure includes tons of puzzles as he traverses the frost-bitten land of Midgard with his son Atreus. The first major puzzle that you’ll come across is in the River Pass. Here’s how to get past the crushing spiked ceiling in God of War.

How to get past the spiked ceiling in the River Pass:

After you’ve said goodbye to Brok and entered the ruins, you’ll come across a giant spiked wall that – from the skeletons littering the floor – seems to have claimed more than one victim. 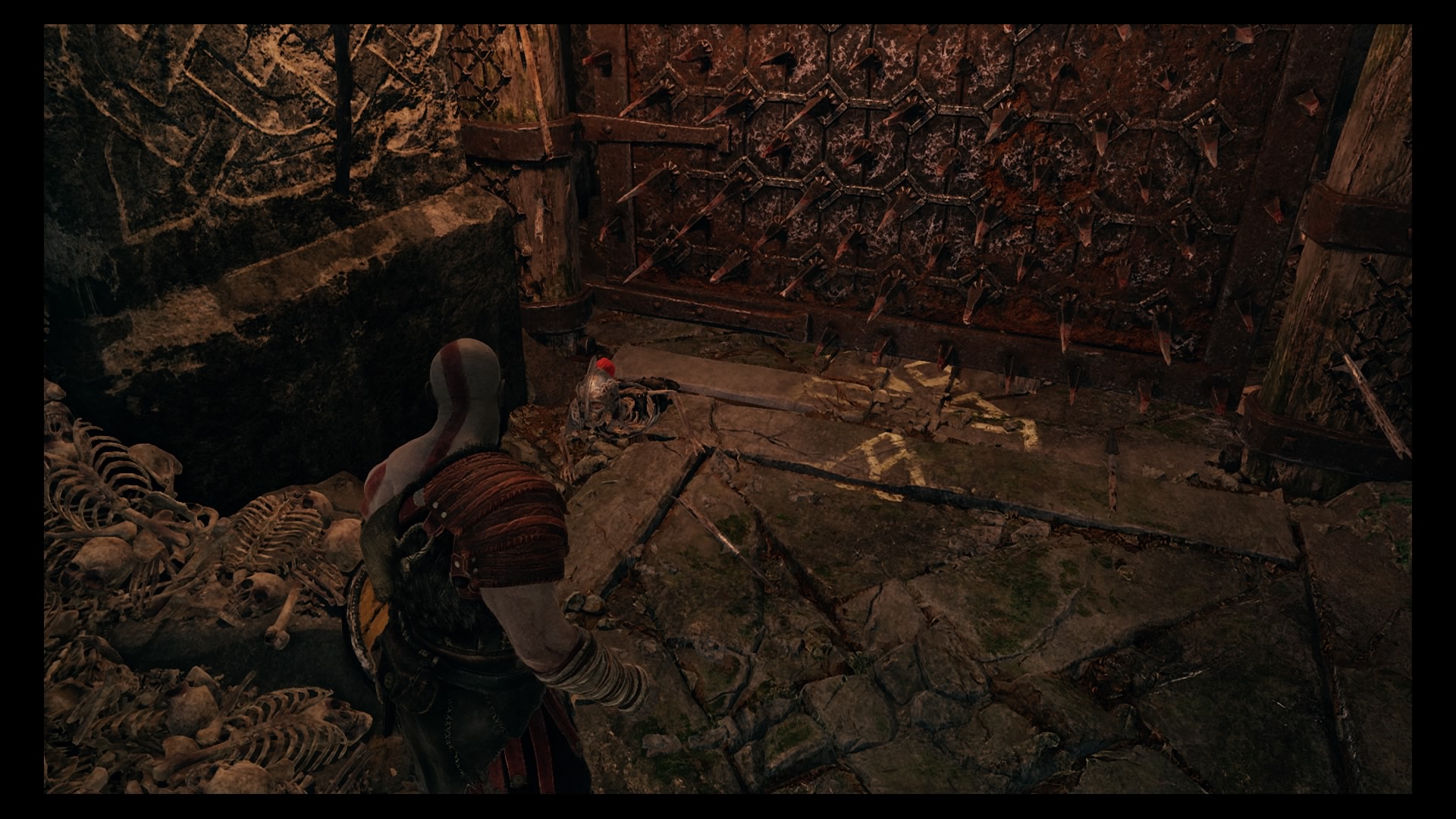 Equip your Leviathan axe and throw it at the wooden panel in the top corner. This will push it backwards.

At the second wall, throw you axe in the same place. But this time, hit it three times and collect the chest from behind the ruined wall.

You should now be facing a crushing spiked ceiling trap. 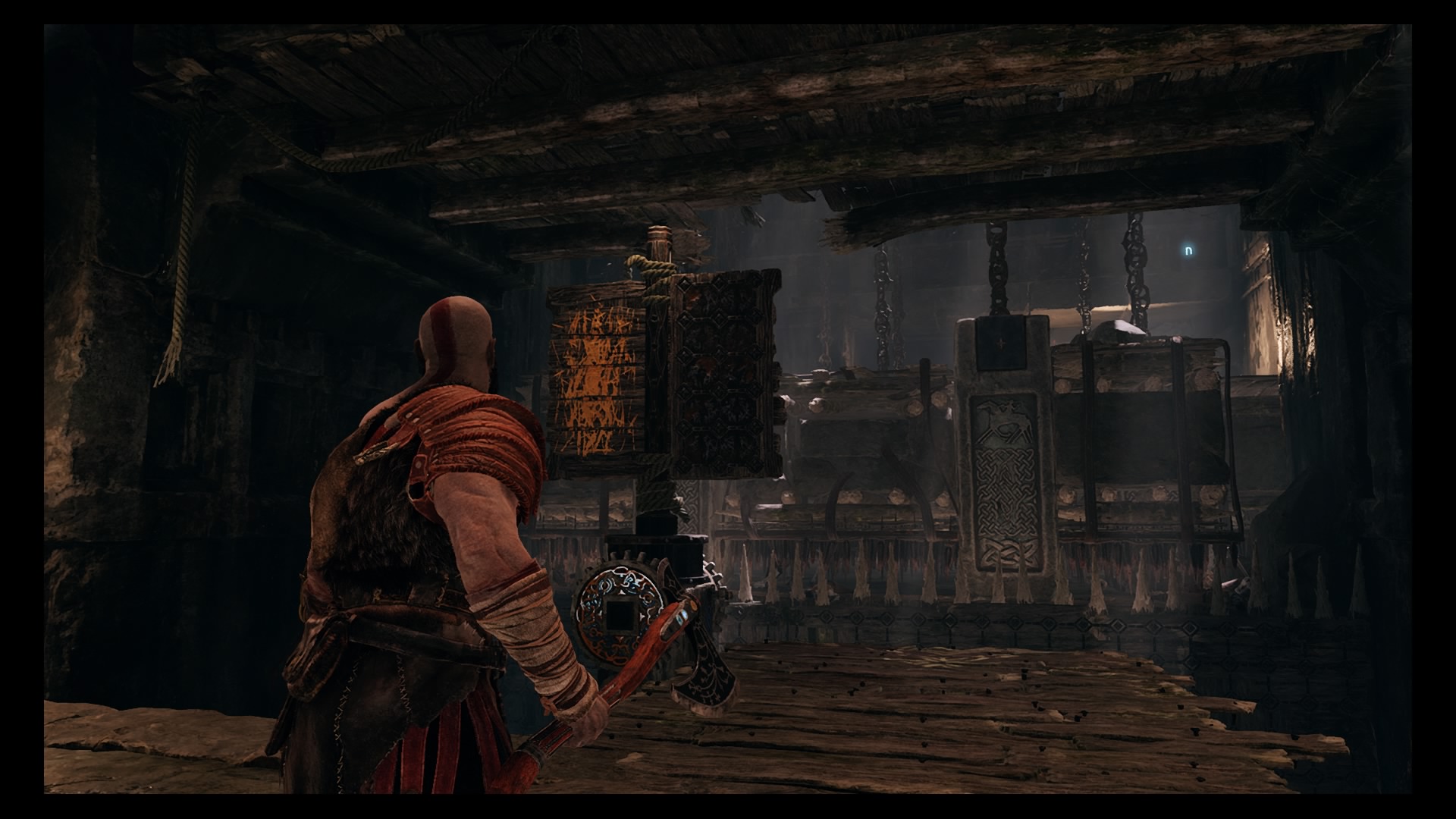 To open the trap back up, throw your Leviathan axe at the spinning wooden panel in front of you. Keep calling your axe back as quickly as you can – it should take three or four hits.

Then, freeze the mechanism at the bottom of the pole with an R2 axe throw. This will lock the ceiling in place. 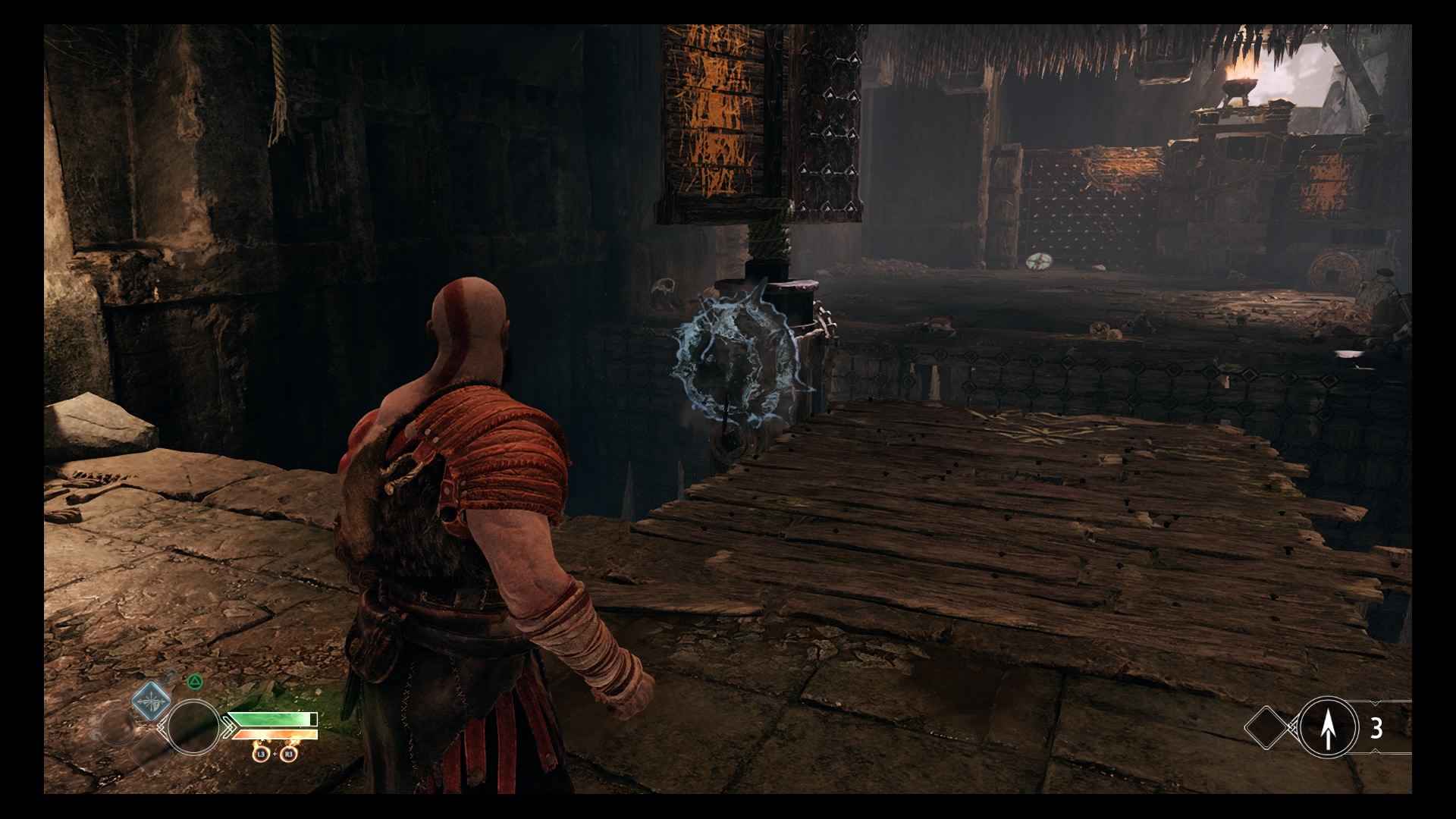 When you jump across into the centre, Draugr will leap up to attack you.

You can either jump back to where you started and call back you axe, or just beat the guys down with your fists. Either way, once they’re dead again, you’ll be free to move onto the second part of the puzzle.

Repeat the first part of the puzzle so the mechanism is frozen and you can jump into the middle.

Then walk over to the right hand side. You’ll see another pole with a wooden panel on here. 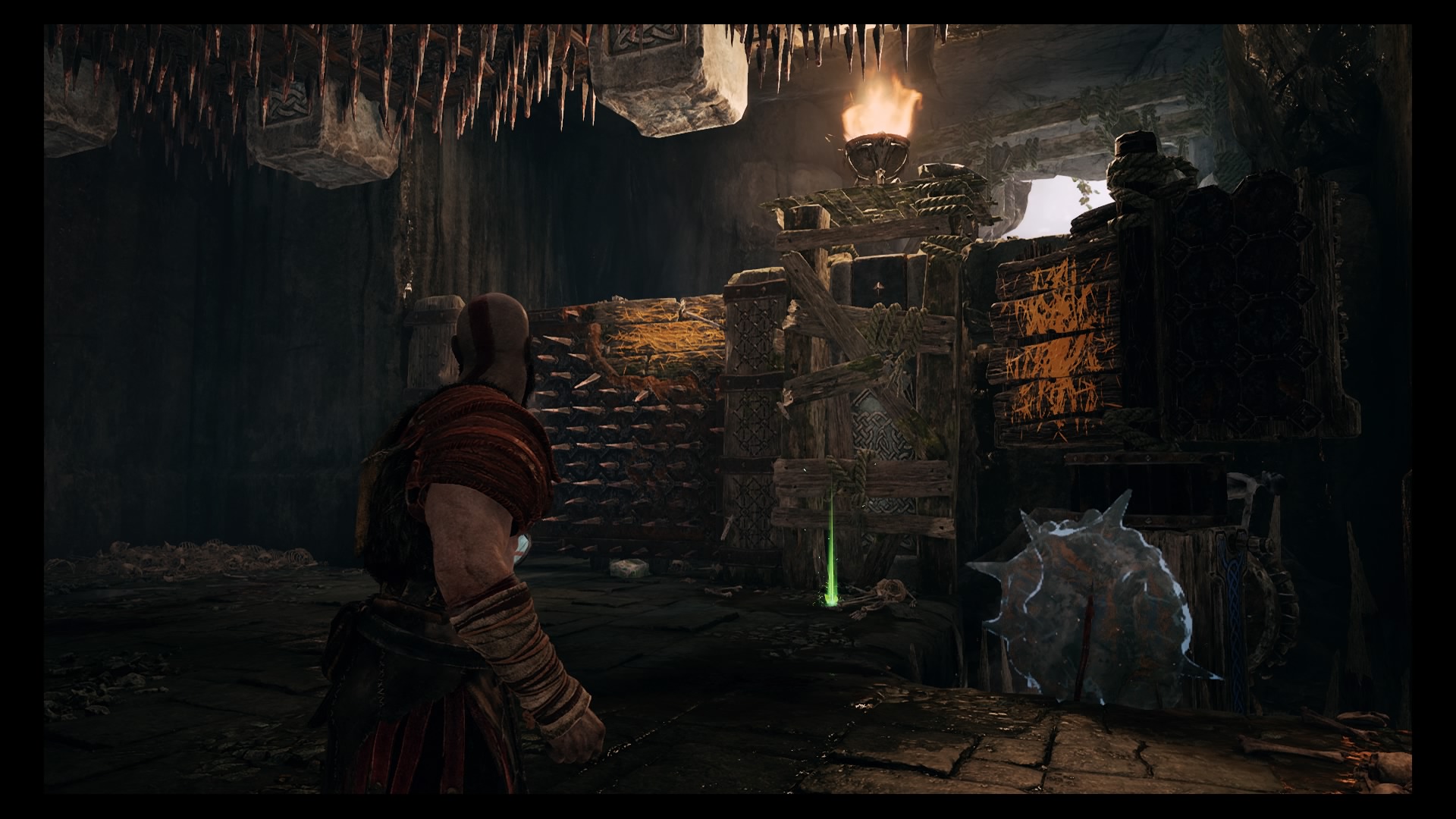 This works in the same way as the first panel, so call back your axe, hit it a couple of times to raise the ceiling, then freeze the mechanism on the bottom.

Now this is where you’re really on the clock. Call back your axe, and as the ceiling lowers, hit the wooden plank on the back wall with your axe – the image below shows where you need to throw. 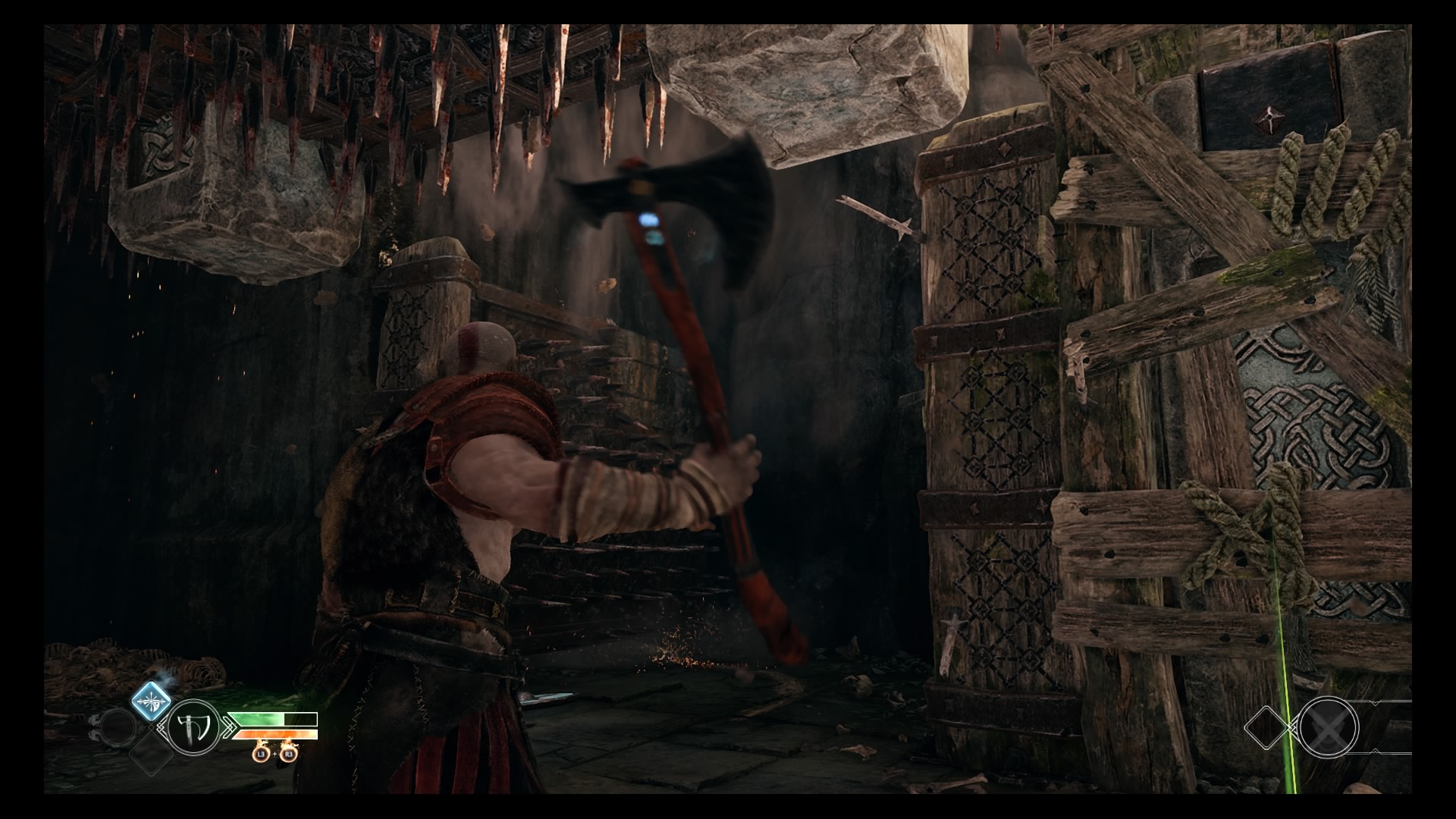 It’ll take at least three hits, so keep calling your axe back as quickly as possible. If things get a bit close for comfort, just hit the spinning pole a couple of times to raise the spikes again.

Once the back wall is open, quickly run through. 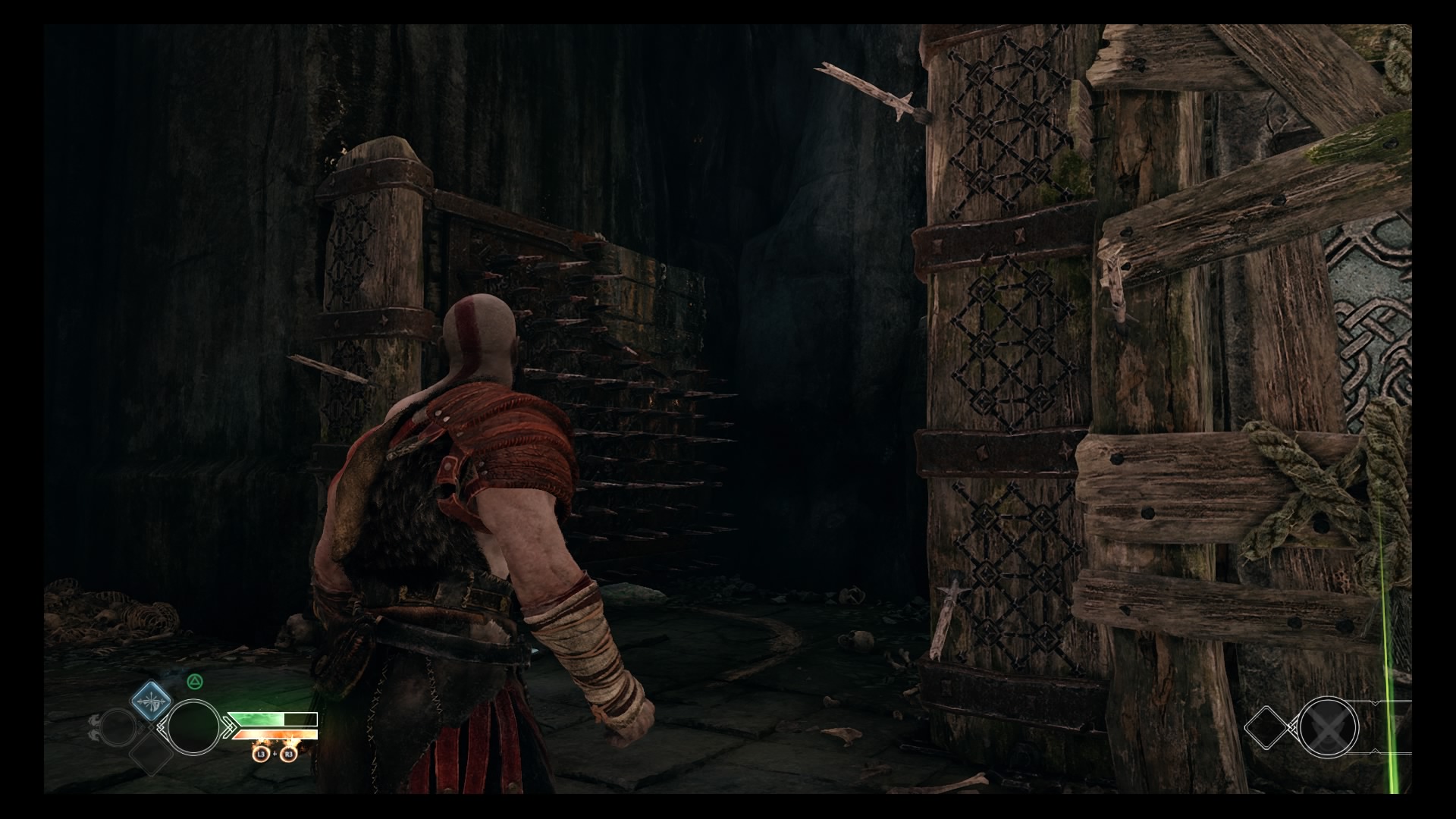 If you’d rather explore, freeze the mechanism on the bottom of the pole again before proceeding.

As well as puzzle and side quest guides, we’ve put together a few essential tips for getting started in God of War.