“In line with Ubisoft Montreal’s ongoing dedication to provide quality content for the growing community, this year-long VIP membership will feature 7-day exclusive early access to eight new operators from Russia, France, Italy, UK, US and Morocco,” Ubisoft said in a press release.

“Additionally, the Damascus Steel Signature weapon skin will be available to those who order before March 5th, 2018 [when Season 1, Year 3 starts].” 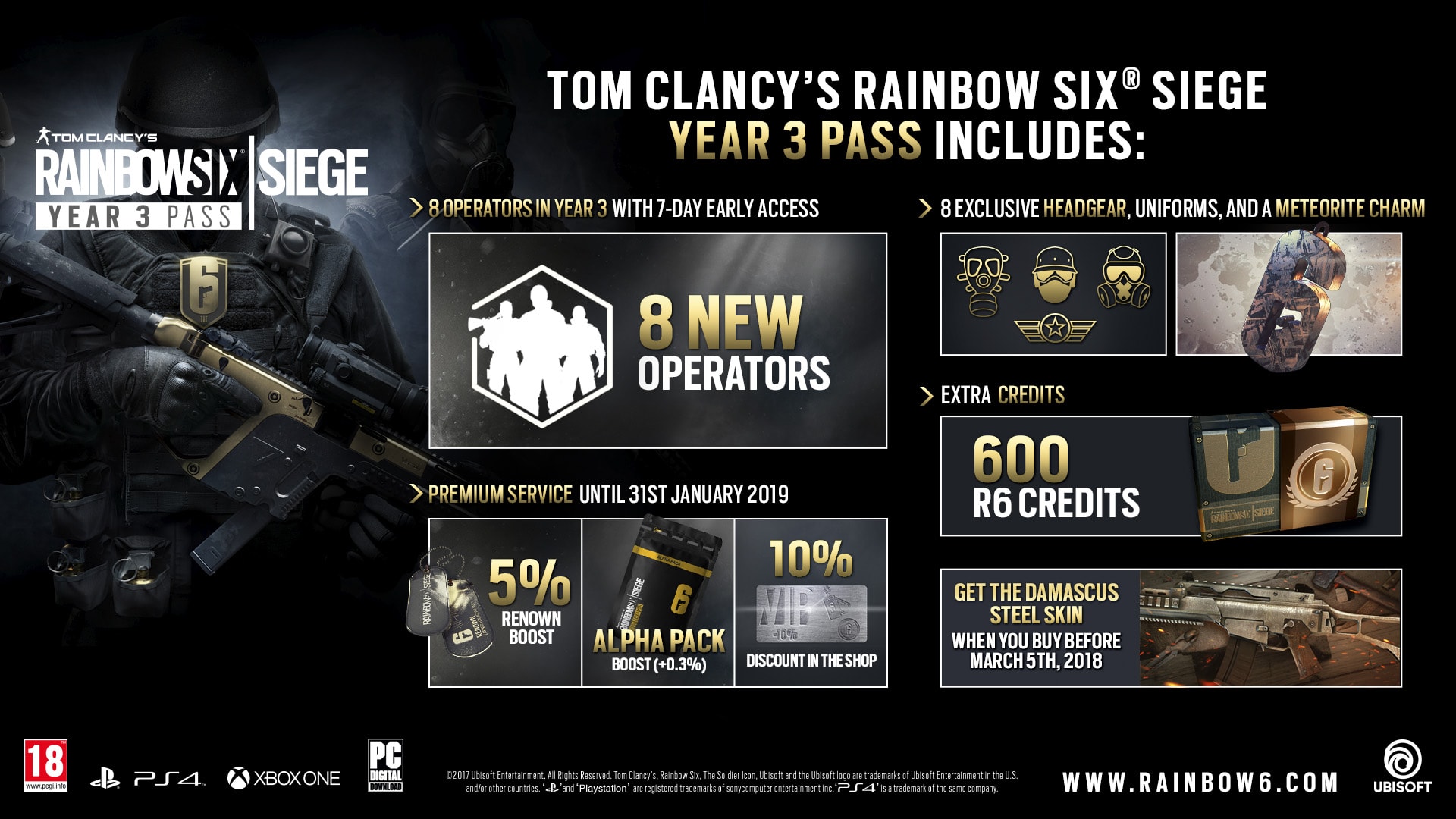 Operation: White Noise landed free for all Rainbow Six Siege players last week, along with an announcement that more than 25 million players had registered to play the game since its initial release at the end of 2015.

That latest expansion brought a new map, Tower, to the game, as well as three new operators.

Year 3 is set to start a little differently however, with Operation: Chimera set to bring a new event – Outbreak – to Six Siege, rather than a new map.

Outbreak explores “a new fantasy” and will bring two biohazard specialists to the game – one from France, one from Russia.