Nobody expected the Xbox One version of PlayerUnknown’s Battlegrounds to be perfect, it’s an Xbox Game Preview title, after all.

That said, PUBG on Xbox One bizarrely lacks some basic features available to PC players. In some cases, they have been there since the launch of the game on PC.

It’s strange, because the Xbox One port gives the impression that it’s running the most recent build, seeing as it has the new UI, new weapons, and even vaulting and climbing animations. Live servers on PC have yet to get the latter, so, in some cases, the Xbox One port is ahead of PC.

Not when you consider the lacklustre menus, mind, which is why I was surprised to see some basic features unaccounted for.

PUBG on Xbox One does not offer any way for players to adjust the game’s brightness, not even the ol’ brightness slider practically every game has. This is a major issue in a game where you need to be able to see other players at a distance.

It’s hard enough trying to spot enemies as it is, and the lack of brightness compounds the issue. This is a problem on SDR, and HDR – which PUBG supports incredibly poorly. The image is very dim, even with OLED Light turned all the way up to the max it was still challenging to see enemies.

It’s much darker than the PC’s default 50 setting, which I already had at 60 to be able to see enemies better. It’s so dark I feel like someone made an error somewhere. Even though this is an early build, I don’t imagine something as simple as a brightness slider would be too hard to implement. 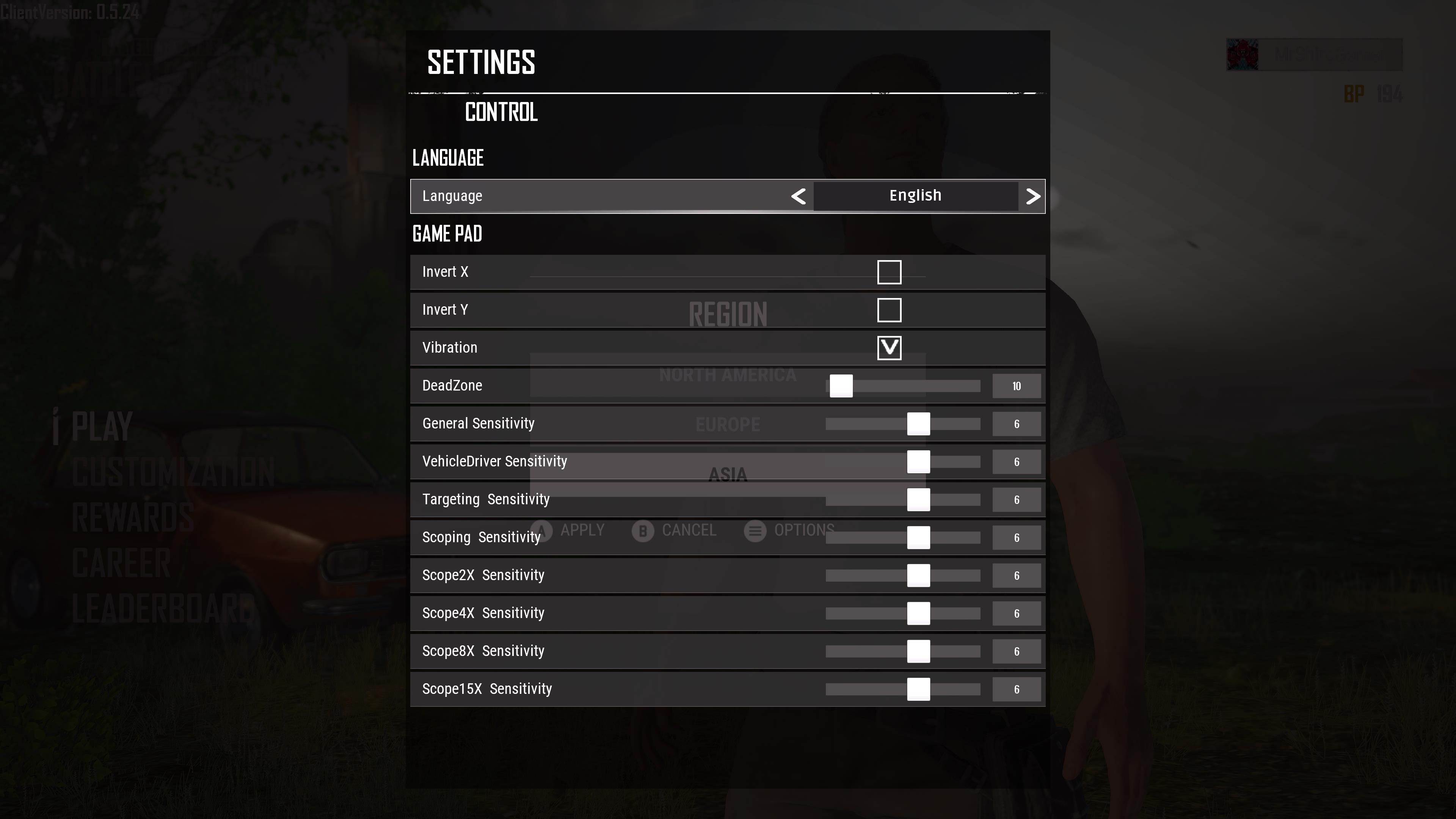 Just like on PC, there are many Xbox One players who don’t like the inherent advantage third-person peeking offers in the regular mode. Although yes, it took PUBG Corp time to implement FPP on PC, it’s something that’s already there and should be ported to Xbox One.

A first-person mode would have served as a better introduction to the gameplay, since you won’t have to worry about the terrible setup for dual-aiming that much. Many players also expected it to be there, just like the rest of the features here, so not seeing it now is extra strange.

PUBG uses Microsoft’s Azure cloud servers, so scalability should not be an issue. PUBG Corp, and Microsoft, would have no problem increasing capacity should they need it, which would be more than enough to support two communities.

Love it or hate it, voice chat is part of the PUBG experience for some. Though the more sensible among us turn it off and never look back, there’s certainly fun to be had when you hear your opponent rage or panic.

The first few days of many games, when the community is still trying to figure things out, you can have some magic moments of camaraderie and friendly encounters. Whatever your use for it is, you won’t have it on Xbox One.

The above features are only the crucial ones, there are plenty others missing in the Xbox One version, such as separate audio sliders, FOV slider, and colourblind options. It’s surprisingly anaemic for an options menu, and it’s no doubt disappointing.

Regardless, if you feel strongly about any of these, maybe wait for them to be added before you jump in.