It appears the decision to temporarily remove microtransactions from Star Wars Battlefront 2 was due to pressure from Disney.

Reports from various sources state EA’s temporary removal of purchasable Crystals in Star Wars Sattlefront 2 was made after a phone call from Disney, which owns the Star Wars franchise.

EA removed the option to purchase in-game Crystals ahead of the game’s launch yesterday. These Crystals are obtained using real money and packs of Crystals start at $5 for 500 and up to $100 for 12,000 Crystals.

According to a source speaking with the Wall Street Journal, Disney was less than pleased over the online backlash and bad press Star Wars Battlefront 2 was receiving over the microtransactions, not to mention the convoluted rewards system.

This didn’t sit well with Disney CEO Robert Iger, according to the WSJ, and resulted in Disney’s head of consumer products and interactive media, Jimmy Pitaro, to contact EA.

A source speaking with VentureBeat stated Pitaro gave EA CEO Andrew Wilson a ring, resulting in microtransactions being temorarily suspended until the system could be revamped.

Another source, speaking with MP1st, corroborated the report. The site reached out to EA for comment, and was told the company wouldn’t provide comment on the matter. 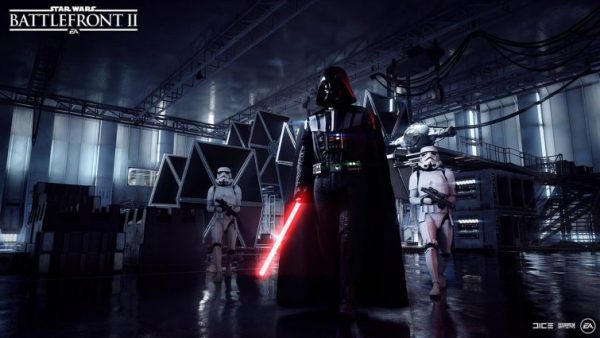 “This means that the option to purchase crystals in the game is now offline, and all progression will be earned through gameplay, reads his statement. “The ability to purchase crystals in-game will become available at a later date, only after we’ve made changes to the game. We’ll share more details as we work through this.”