Capcom has dropped some information on community gather places in Monster Hunter World.

More details on Squads in Monster Hunter World, the in-game communities which can have up to 50 players, were provided by Capcom today.

Squads can be interacted with in various community environments, as we previously told you. Many social features in various areas such as a tavern called the Star’s Ship provide up to 16 players to gather together. This provides the opportunity to lay out a plan for a hunt, have some fun arm wrestling, and the like. Areas such as these are also available while not connected online.

According to Capcom, the Star’s Ship is a tavern on an actual ship, and here’s what player can do while visiting the watering hole: 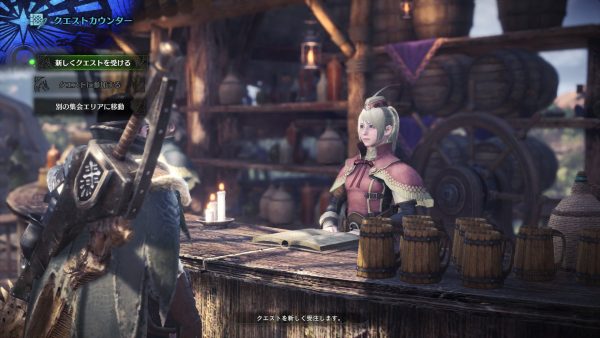 While visiting the Quest Counter, players can find various objectives they need to fulfill when hunting monsters, etc. Players can choose which quests they wish to partake in and the amount will increase as the player progresses through story missions. Once the Gather Hub is unlocked, select quests can be chose with either a single or multiplayer component, according to Gematsu.

Some quests, such as Free Quests, can be completed as many times as they player wants to accept. Like other quests, the monetary amount awarded will increase when specific requirements are met. These could include such specifics as clearing requests from staff members at the Research Commission Headquarters.

As the player clears more missions, the story progresses and Research Commission HD facilities will open up. Players will then be able to take on Research Quests, which are limited-time events.

Up to four players of the 16 at a Gathering Hub can take on quests and expeditions together in Monster Hunter World. Some are drop-in enabled, but if enough time has elapsed between the groups’ start and the player’s drop in, it won’t show as cleared on the player log. Therefore, the players will need to do the quest again in order to earn the reward. Drops from monsters such as materials are still able to be picked up.

Arena Quests will also have limited time Challenge Quests, which are based on world rankings. Here. players can compete with others for world’s best. 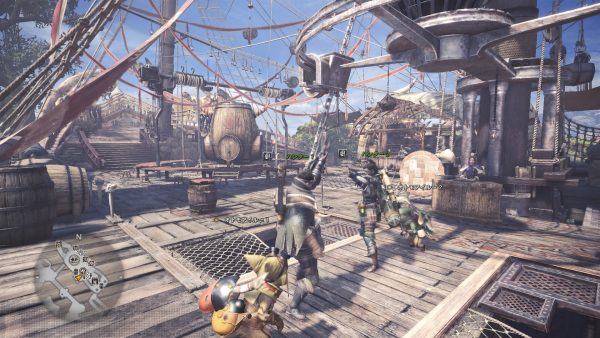 To manage a Squad, players will use the in-game invitation system to fill the roster. There can be up to 50 members in a Squad, and players can join up to eight in all. A Gathering Hub will be made available for Squad members, and each “identifiable messages” can be created among members.

Squads can also be named, given a symbol, icon and message. Each member will have a icons to differentiate themselves when present in a Gathering Hub.

If a players is looking for a Squad to join, they can use the search function. Here, Gathering Hubs will pop up whether choosing random or via set parameters. There’s also the ability to search using Gathering Hub number Input, and player history in case the player wants to hook back up with a hunter they played with before.

When creating a Gathering Hub, the ability to create private rooms to play with specific friends is also provided.

Monster Hunter World also features a Training area. Here, the player can test weapon actions, their Slinger, combos and commands against inanimate objects. All forms of ammunition and phials can be used with weapons to be tested if equipped – and these aren’t consumed when in the training area, according to Siliconera. 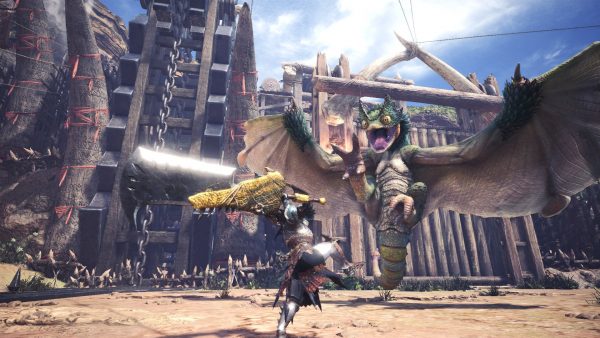 PlayStation Plus members will be able to participate in the Monster Hunter World beta on PS4 December 9-12.

Monster Hunter World releases on January 26 for PS4 and Xbox One, and it won’t have Loot Boxes. The PC version hasn’t been dated.