Hidetaka ‘Swery65’ Suehiro, creator of Deadly Premonition and D4, recently promised that he’d soon reveal what he’s been working on.

Although the official announcement doesn’t happen for another couple of weeks, details of the designer’s quirky next project have made their way online. The game is called The Good Life, and it’s going to go live on crowdfunding platform Fig on September 3 (via NeoGAF).

The Good Life is set in Rainy Woods, the self-proclaimed “happiest town in the world.” You play as Naomi, a photographer from New York who gets stuck in this rural England town. Something’s not right, though, because all of the town’s residents turn into cats at night.

Naomi can do this too, for some reason, and you’ll be spending most of your time at night collecting clues about the events of the story, including why people turn into cats and why they don’t remember anything they do in cat form.

“The town becomes a very different place at night, as certain secret paths, rooftops, and attics can only be accessed by cats,” the original pitch goes. 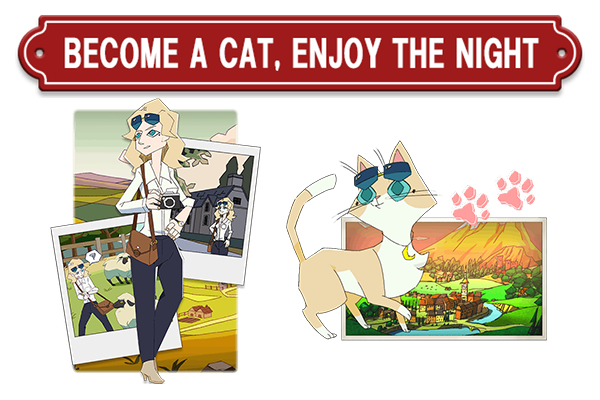 This is the first project from Swery65’s new studio, White Owls. When it launches, the campaign will be shooting for $1.5 million in funding. PC, and PS4 are the currently planned platforms.

“This game will inherit the spirit of Deadly Premonition, my most representative work, but it will also feature a brand new style of gameplay,” said Suehiro. “It’s a mystery game based on the framework of a ‘daily life RPG.'”

Since the campaign is not live yet, we have no screens or a concept art to look at. It does sound as bizarre and intriguing as all of his games, which is great to see.