Rainbow Six Siege has hit a rather large milestone with 20 million registered players.

Over the next few weeks, players will be met with the culmination of Operation Health and the release of Season Three which is set in Hong Kong.

Operation Health was an initiative started by the studio in May to fix various issues issues and technology upgrades in order to improve Rainbow Six Siege. 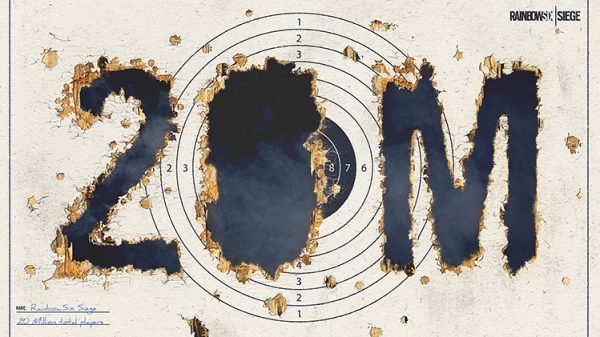 The Polish operators initially expected in Season 3 will instead release across both Seasons 3 and 4, so when Season 3 hits later this month, players can get their hands on one of them: the Operator from Poland’s Grupa Reagowania Operacyjno-Manewrowego (GROM).

Since its release in December 2016. The game’s roster has expanded from 20 Operators to 30, and it currently boasts 16 maps set in various parts of the world

If you have yet to pick up Rainbow Six Siege, it is available for PC, PS4 and Xbox One.