Metroid: Samus Returns does something Nintendon’t, or at least Nintendidn’t used to.

Metroid: Samus Returns will feature amiibo-exclusive content only legitimately available to those who shell out for Nintendo’s NFC-enabled figurines.

The news first broke last week thanks to the Metroid: Samus Returns description on a Nintendo website, but we held off because Nintendo uses the words “exclusive” pretty loosely when it comes to amiibo extras. Sine then, though, the news has been confirmed with Eurogamer by a Nintendo representative.

Bought new at RRP, the four compatible amiibo will run you around $52/£44 depending on retailer and region, whereas Metroid: Samus Returns itself is going for about $40/£40. So if you don’t already own the two Smash Bros. amiibo, you could be looking at paying twice as much as the cart itself costs to get everything.

The content the four amiibo provide is divided between bonuses for use in-game and extras you can unlock after beating Metroid: Samus Returns normally once. Here’s the breakdown:

None of this stuff is really essential, thankfully, but the hard mode is a bit of a sore point. What really seems to be sticking in throats is the fact that these bonuses would surely only be priced at a few bucks at most if sold as DLC for Metroid: Samus Returns.

I guess one way to look at is that this stuff is just a nice extra for Metroid fans who would probably have bought all the amiibo anyway, but if you’re not interested in owning plastic figures you’re looking at a serious financial outlay to get the whole package. 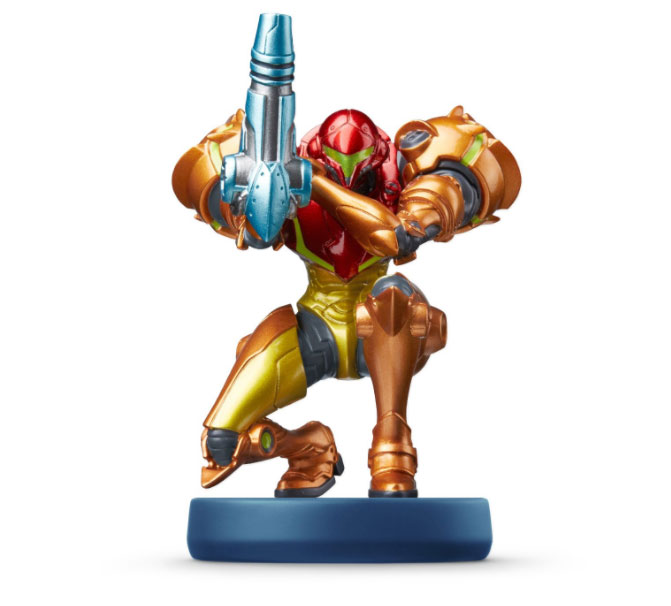 A remake of the 1991 Game Boy classic Metroid 2: Samus Returns for 3DS, Metroid: Samus Returns releases in September, and there’s a very fancy special edition on the cards if you’re the sort to be throwing money around on Metroid extras.

The two new amiibo, while will be sold in a double pack and in bundles with the game as well as individually, were announced alongside Metroid 4 and Metroid: Samus Returns during E3 2017.

Speaking of which, Nintendo showed off 14 a whopping new amiibo during E3 2017, so whatever recent NPD reports may suggest about the staying power of the toys-to-life category, Nintendo clearly believes the NFC figures are here to stay.

Perhaps your local furniture store is having a sale on shelves?