Starting next week, Metal Gear Solid 5: The Phantom Pain players will be able to step into the shoes of none other than hunky gunslinger Ocelot.

While you can’t change his uniform or head option, his camouflage value has been slightly increased so his defense value matches the “highest defense value” within the unlocked battle dresses.

He can use one pistol in each hand with the TORNADO-6 along with ricochet bullets on marked enemies. Also, he reloads and draws his weapons faster.

Other additions with the Metal Gear Solid 5 update include new functionalities for the Wormhole Generator which can now automatically extract the player when in critical situations.

Opponents will also be unable to remove a placed Wormhole Generator and it will be much harder for them to destroy. 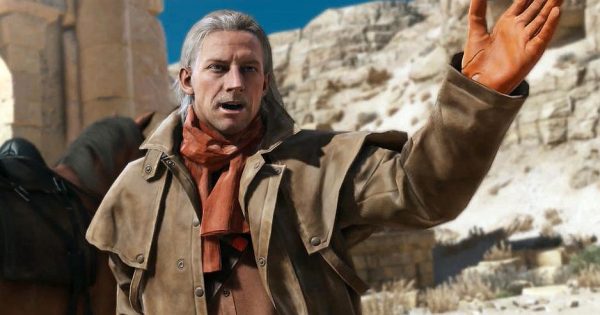 New swimsuits and colors have been added for FOB staff, along with the Goblin Suit. The latter is only available for Diamond Dogs soldiers and while there isn’t any camouflage effect, the suit increases movement speed.

Diamond Dogs soldiers can also use the new Megalodon Suit, which like the GOB Suit, doesn’t have a camouflage effect but increases movement speed.

The swimsuits are Online Development Items, which means players will need to develop them after receiving as Event Point Rewards.

Neither Snake nor the Mother Base staffers will be able to use the swimsuits.

Along with the new duds and Ocelot, some minor fixes have been applied with the update.

The update will be released for Metal Gear Solid 5: The Phantom Pain August 1.

It will be made available for PC, PlayStation 4 and Xbox One.