FIFA 18 is all about freedom of player movement. 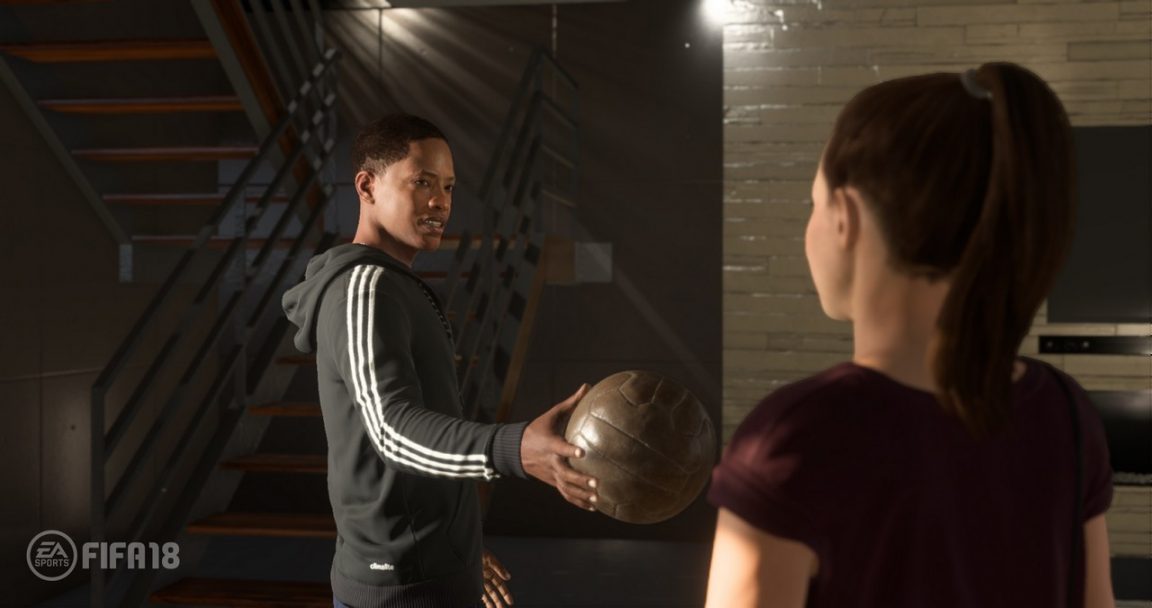 “We’ve made everything around making movement about how the player uses inputs to react rather than you having to trigger an animation in order for them to play”
– Matt Prior, FIFA producer

Showing progress with each release is a challenge when you’re working on a franchise that has dedicated itself to an annual release cycle. Whilst you might have a long-term in place to add certain features over a number of years, you cannot ignore the feedback from your latest game and the disruption that might cause to your best-laid plans.

This is one of the problems faced by the FIFA series: How much of the design of each game is determined by the wider vision and how much of it is a reaction to the latest slew of player criticism?

“Yeah, that’s something we think about and work hard to balance,” says FIFA 18 producer Matt Prior when I put this problem to him. “To be honest, our approach is a mix of both the feedback and the long-term vision.

“Most major mode innovations are a long-term thing given the volume of work required to make it work. However, even that is driven in part by consumer feedback. A story mode, for instance, is something people have been asking for a long time.”

That story mode came into being in last year’s FIFA 17 in the form of The Journey. Through dialogue decisions and choices regarding your personality and approach to the game, your task was to guide protagonist Alex Hunter towards his dream of playing in the Premier League. 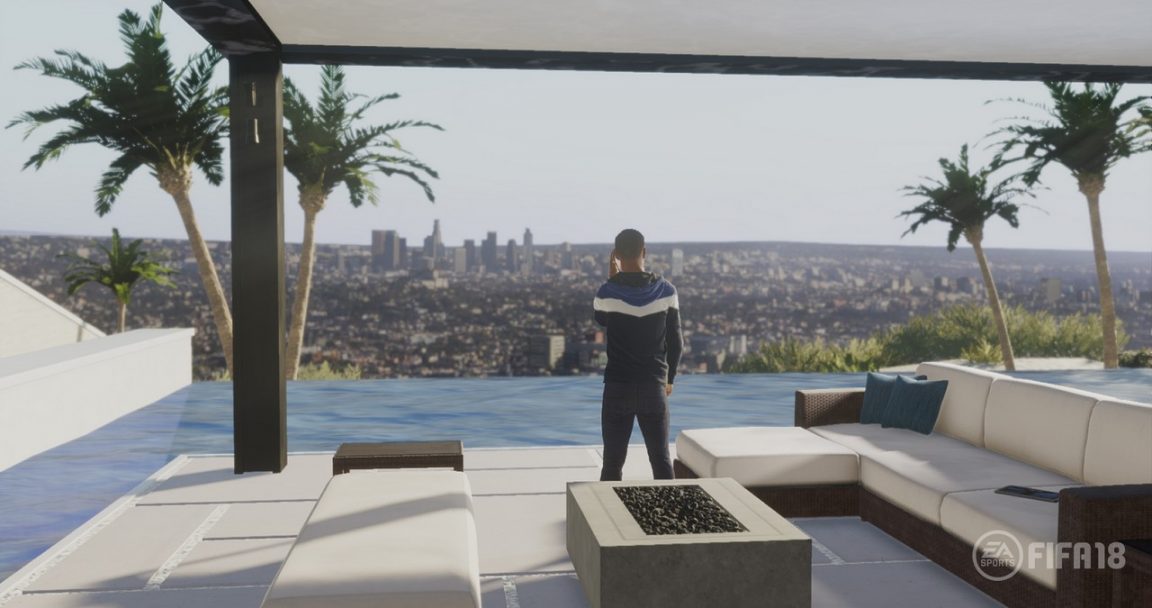 The Journey is back in FIFA 18, picking up where it left Hunter’s story last time out. A number of alterations, many of which are based on FIFA 17 player feedback, have been made that affect the scope and means of engaging with the mode. You now have the ability to customise Hunter’s appearance, a bigger cast that includes female characters (and Cristiano Ronaldo is featured) and there’s the promise that the story will go beyond the confines of the Premier League. An image of a South American street, likely Brazil, was used as a teaser for what’s to come in a presentation made to us.

Perhaps the most interesting new addition to The Journey, though, is local multiplayer. When you’re in a game you can have a friend take up a controller and play as any other player on Hunter’s team. The second player can drop in and out when they wish, so there’s no demand to see the whole story through as a duo even if you start out playing that way.

Including The Journey was only possible, according to Prior, because of the decision to use the Frostbite engine originally developed by EA DICE for use on the Battlefield first-person shooter series. Frostbite allows for the kinds of facial animations and attempted delivery of human emotion required for this kind of story mode.

“There’s a lot of knowledge sharing between teams [at EA] and that was part of the philosophy behind why we moved over to the Frostbite engine,” explains Prior. “If the whole company is working with this one thing then you’ve got a huge knowledge base to work from if a problem arises. 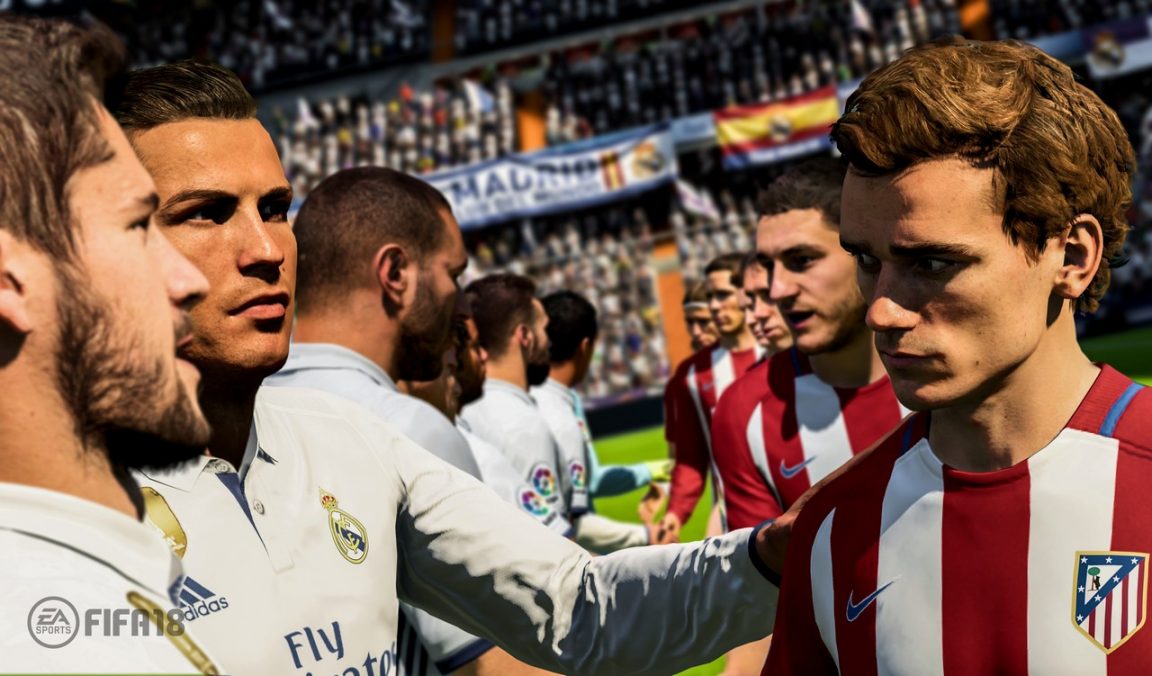 “From a consumer standpoint that means we can be much more efficient when it comes to making games because all of that effort that’s already been poured into the backend is there for us to use. We can go straight into thinking about features that really affect the user experience. That helps us make better games and focus more on features for players rather than working out how to make the backend work.”

On the pitch, those new features largely revolve around player movement and improving the general atmosphere and sense of grandeur around matches. A lot of effort has gone into the crowds and lighting, in particular, making the floodlights more dramatic and the fans more varied and outlandish.

Some fans will try to get onto the pitch if you run over to them following scoring a goal, whilst others are so focused on waving their giant flags that they probably didn’t realise a goal was scored at all. These actions change depending on the area of the world you’re playing in, with La Bombonera, home of Boca Juniors of Buenos Aires, being distinctly more rowdy than the comparatively more mellow atmospheres of the Premier League teams. 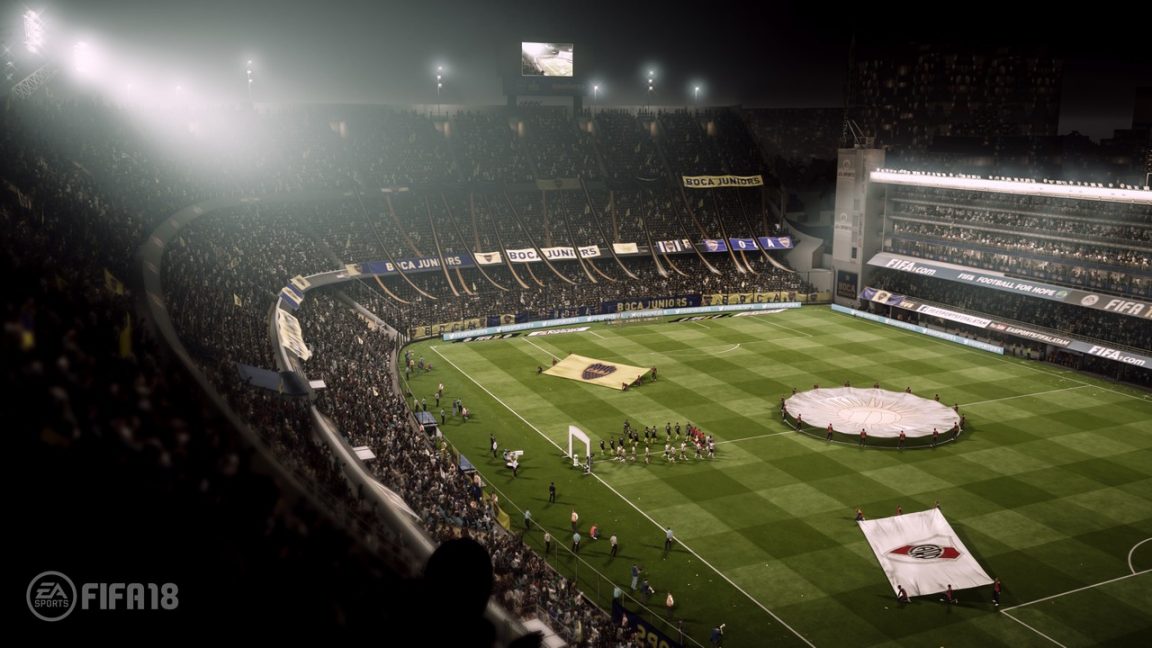 “Players react quicker to your inputs – each of their footsteps representing a chance for you to change direction, as opposed to you having to rely on preset animations to start and end.”

Adding to that regional differentiation is a very detailed approach to lighting. The sun appears at different angles in the sky depending on where on the Earth you’re playing and at what time, affecting shadows and the intensity of light hitting the pitch. It sounds like a small detail, and it is, but there’s no denying that it creates a more powerful sense of place.

An attempt to continue that focus on replicating reality is continued in a new system dictating player movement and how your controller inputs direct that movement. Essentially, players react quicker to your inputs – each of their footsteps representing a chance for you to change direction, as opposed to you having to rely on preset animations to start and end.

“The new motion system works both ways in that it balances the attack and defence,” says Prior. “We’ve made everything around making movement about how the player uses inputs to react rather than you having to trigger an animation in order for them to play.” 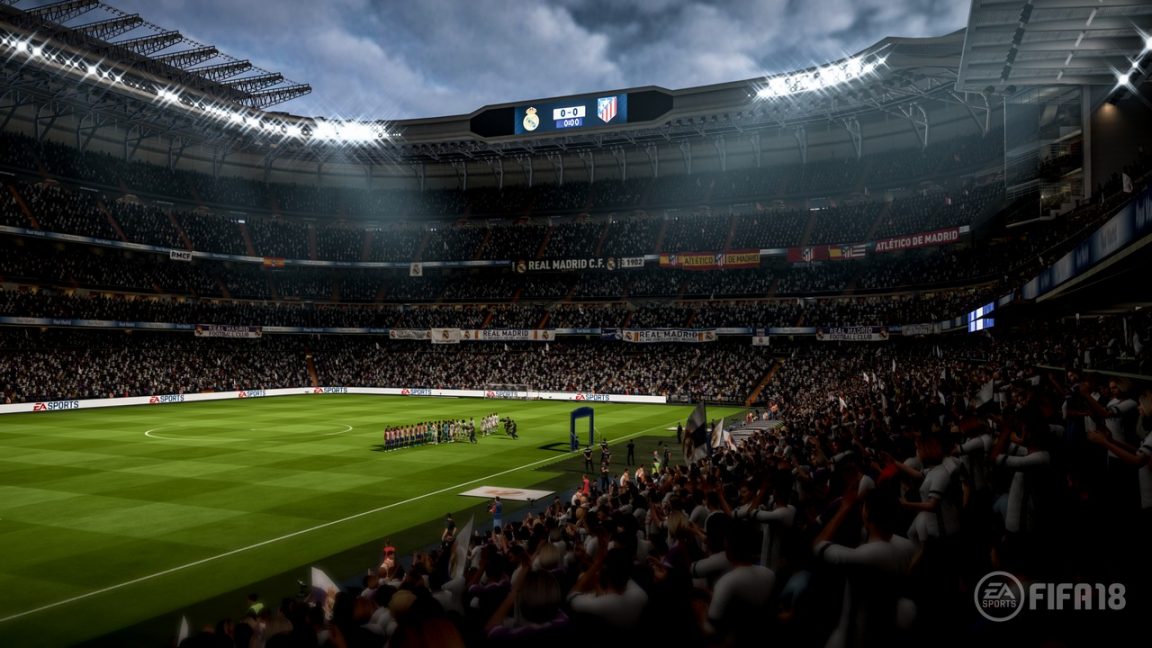 In theory, the idea is that you can change direction with every footstep. Players with longer legs take bigger strides and therefore they are likely to take more time to turn, whereas the shorter legged likes of Messi or Griezmann are able to cut in and out more quickly. As a result, realism is improved – that’s the idea.

We’ve yet to play enough of FIFA 18 to accurately comment on how this changes the game, and the edition we have played is missing some key features that supposedly further impact the play.

What’s for certain, though, is that the new dedication to getting away from canned animations is a positive one and one that, given the ever-improving performance of the rival PES series, should give long-term FIFA fans peace of mind that they’re not being taken for granted.

We’ll have to wait to comment with authority on just how much of an improvement FIFA 18 is over last year’s edition, but all the signs are there that the performance and variety are set to show an advance.