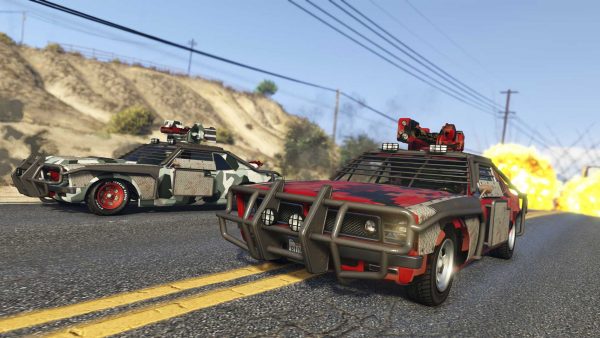 Now that GTA Online‘s Gunrunning update is live on all platforms, it’s time to see all the new content it brought us.

There’s also the Mobile Operations Center, which you can buy for $1,250,000 at Warstock. As a bonus, buying one adds a the option to call it in any time through the interaction menu. 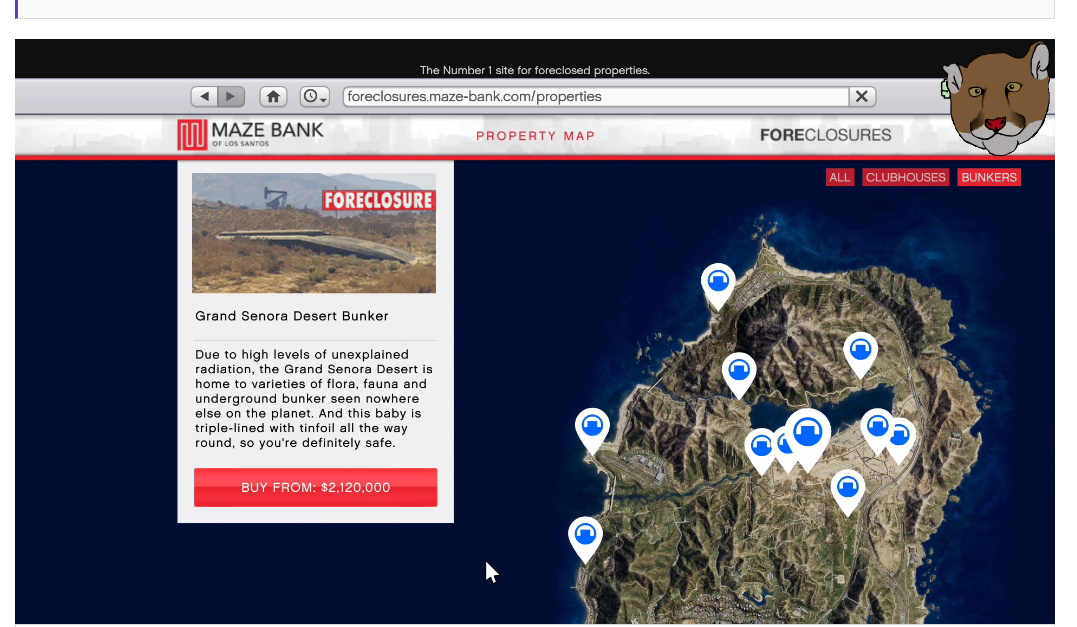 The interiors of the Mobile OPS and the bunkers can also be customised by adding things like a gun locker, personal quarters and so on. 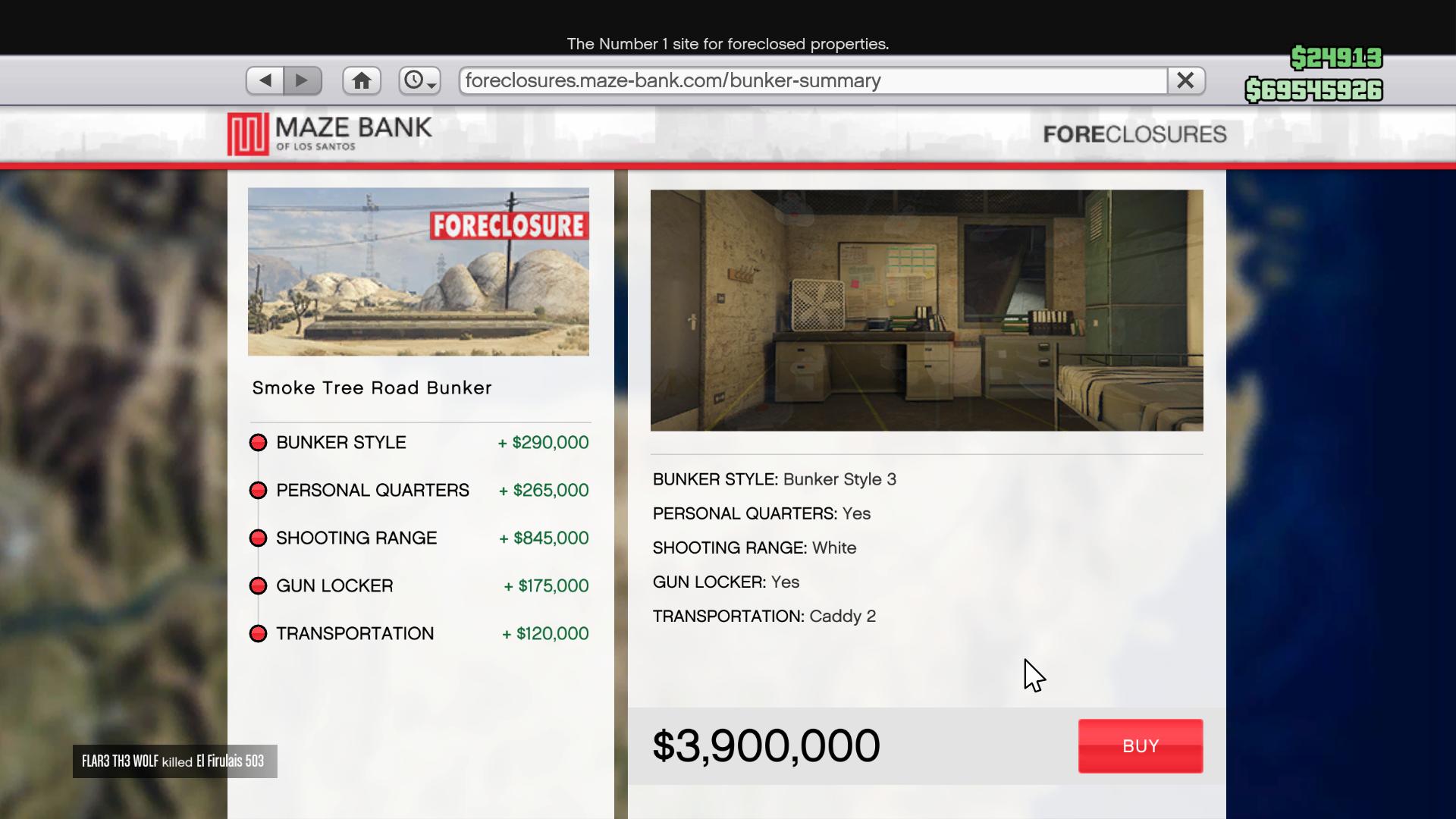 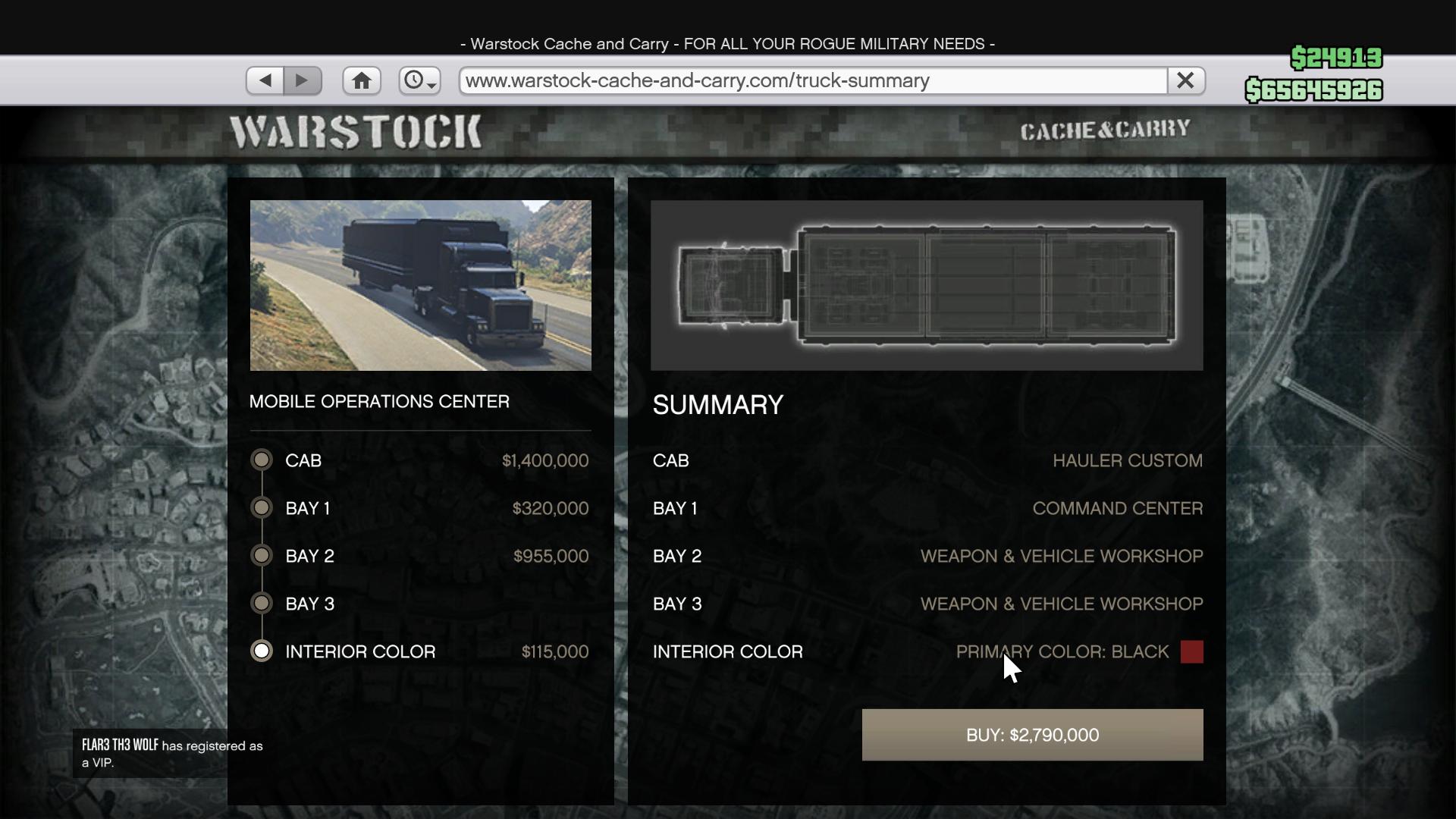 There’s a host of new military-themed vehicles available at Warstock, with prices ranging from 1.1 million all the way to 3.5 million. Much like the Import/Export update, each item has two prices depending on how you acquire it.

Find them and their prices below: 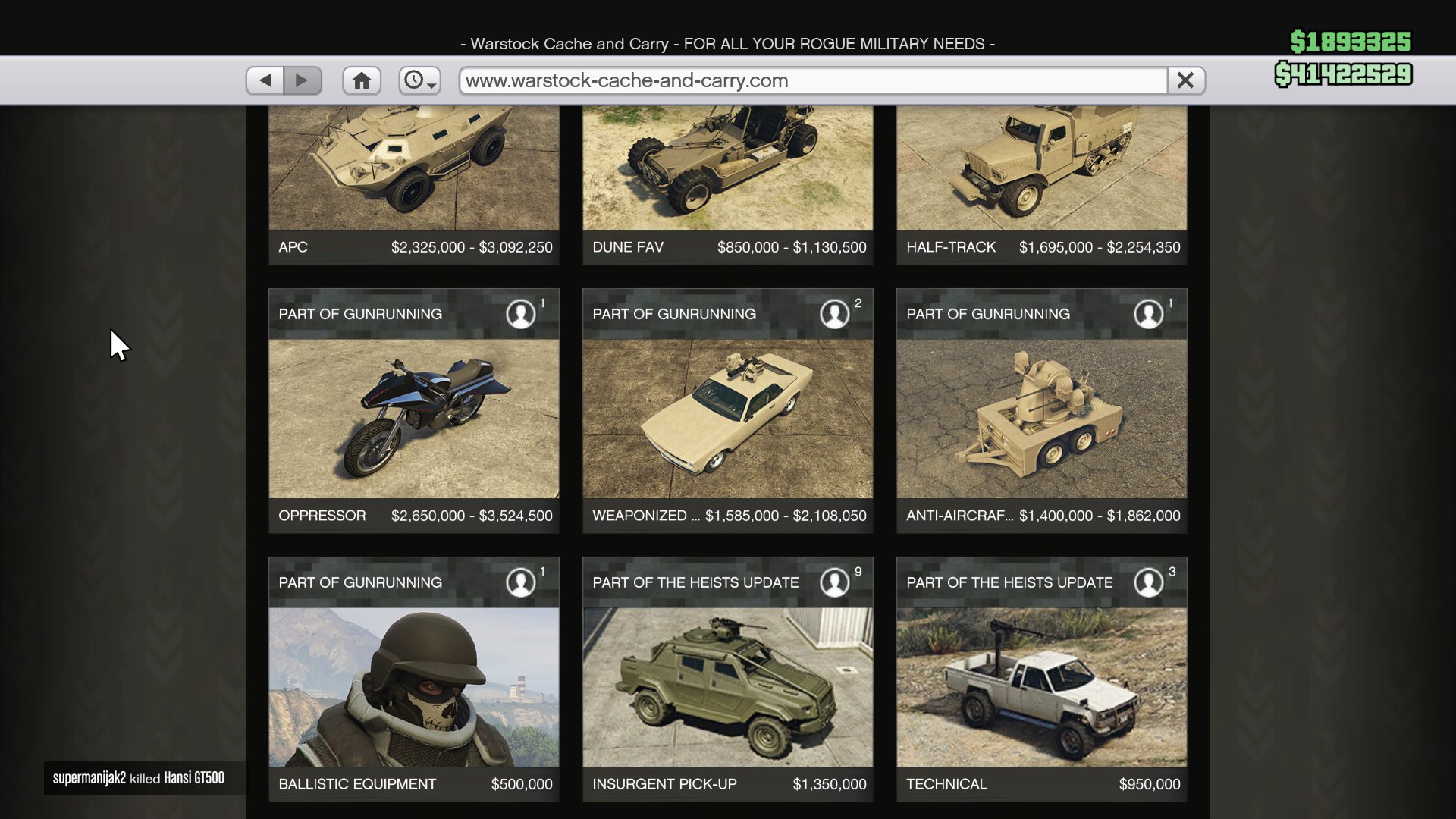 Warstock also sells Ballistic equipment for $500,000. A couple of regular cars (non-military) were also added with the update such as the Ardent, and the Cheetah Classic which were datamined a few days ago. Warstock sells the Nightshark, and the Ardent, while the rest can be found at Legendary Motorsport.

However, these vehicles are locked and will be gradually unlocked (via FoxySnaps) in the order you see below.

Outside of that, Rockstar added new bunker-themed Adversary modes such as Every Bullet Counts, Till Death Do Us Part, Trading Places, Juggernaut, Slasher, and Resurrection.

The Gunrunning update brings the ability to research and manufacture weapons. A CEO, VIP, or MC President can do this by assigning staff to the different tasks. With the launch of the update, Rockstar is also lowering the fee to register to $50,000 minimum Maze Bank balance.

You’ll see new MK2 variants of weapons that allow you to add different types of ammo such as tracer, incendiary, armour-piercing, or hollow point. Finally, there’s now a range of new cosmetic items like cloths and accessories, as well as haircuts and tattoos.