Learn more about what DICE has included in Battlefield 1’s May update. 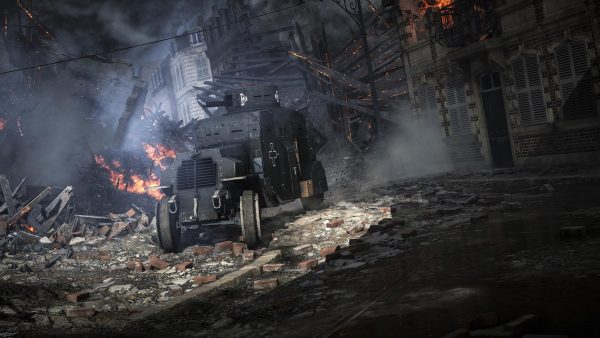 DICE hosted a Battlefield 1 livestream on Friday to update everyone on the status of the May patch and detail some of the fixes that’ll be included.

The biggest feature coming with the May update is called Operation Playlists. The feature simply treats Operation games the same way a regular server would treat Conquest matches, in that it will not kick everyone once an Operation is finished. Instead, the same Operation will start again at the end of the previous one, with players switching sides.

DICE intends to add multiple Operations to each server, similar to how maps are rotated in other game modes. This is just the start of the developer’s effort to make finding Operation games easier.

The update will also relax some of the ping requirements added with the previous patch, particularly for players outside the US and Europe who were being unfairly punished since the change. Now, the game will use client-side hit detection if a player’s ping is under 130ms (for US/Europe), or 200ms for the rest of the world. If your ping is higher than these values, hit detection will be performed server-side and require you to lead your targets.

Some of the changes currently live in the CTE will be making it to the live patch. These include a reduction to the points earned when capturing a flag, an increase of Domination tickets to 200, standardisation of the self-repair function on tanks to always grant 200 HP, and a nerf to the AA gun’s range when attacking ground targets.

The bayonet charge will finally see a nerf as well. The player initiating the charge will no longer have bonus health (15% more, previously), and their turning radius has been decreased so they can’t pull off tight turns.

Sadly, DIE did not reveal a release date for the patch, but it did confirm it’s currently in certification, so shouldn’t be far off. The May update also won’t add new content, as some predicted.