You don’t need have to be stuck with the meagre, eight-slot EXO rig you start The Surge with. 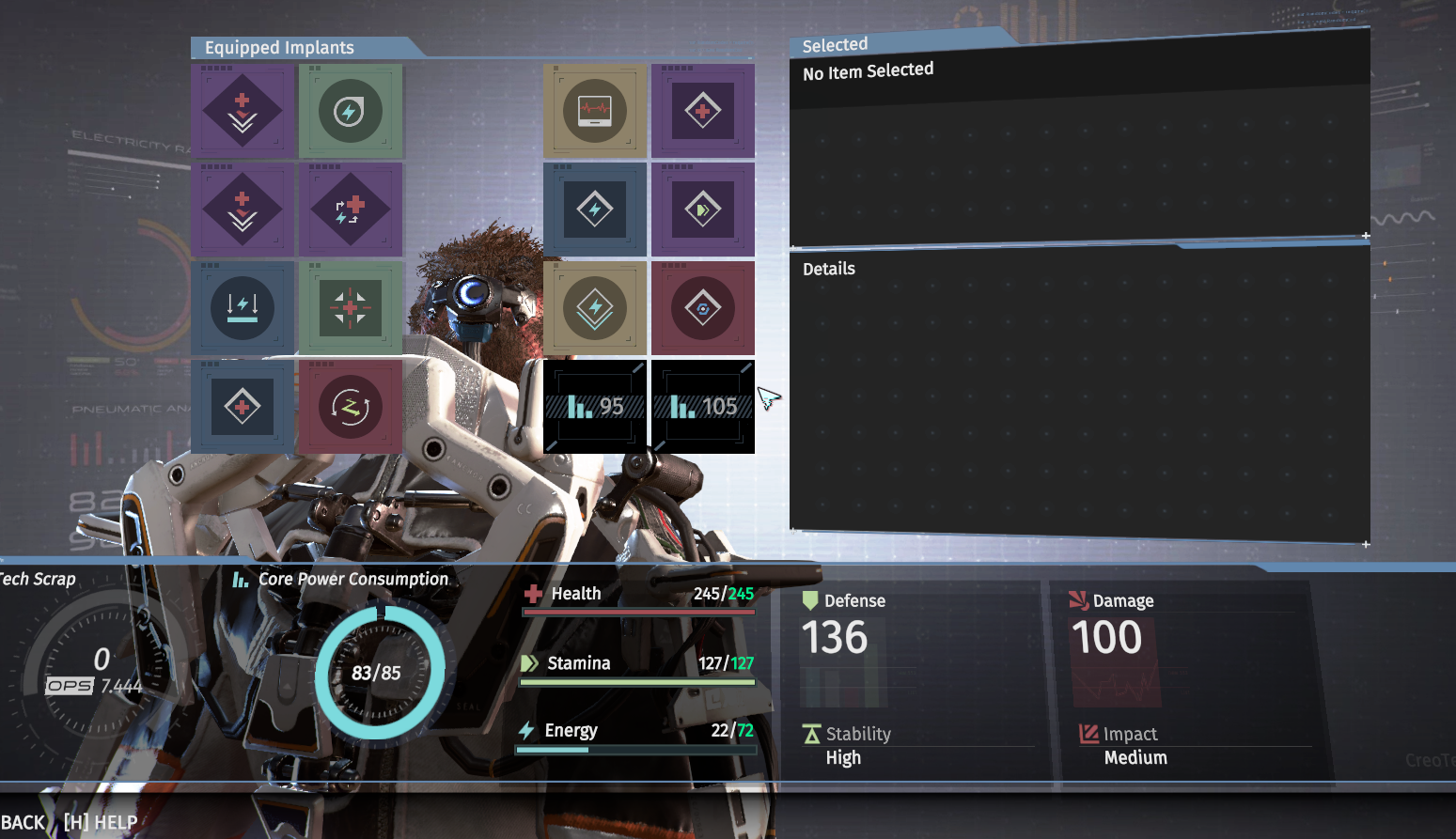 In The Surge, you’re free to construct your build in any way you see fit. A build is shaped by the type of Implants you have equipped, but in order to equip the Implants you want, you’ll need to worry about two things.

First, you must have enough Core Power capacity to sustain all the Implants and armour pieces you want to equip. The other thing is Implant slots, which you have a very limited number of. Each Implant takes up a slot, and consumes an amount of power that differs from one to the next.

Your EXO suit, found under ‘Rig’ when you’re at the Medbay, is what controls the number of Implant slots you have.

The rig you start the game with is the Creo ex01 Rig. This one allows you to attach a maximum of eight Implants, with only four slots available at the start of the game. The rest are unlocked at Core Power levels 15, 25, 35, and 45, respectively.

Once you unlock a new slot, you can add in any Implant you want – provided you have enough power for it.

But, eight slots is far from your maximum capacity. You’re only limited by the Creo ex01 Rig. In this guide, we’re going to explain how you could acquire the two other EXO rigs in the game, increasing the maximum number of slots to 16.

If you’re looking for even more helpful tips, we’ve got quite a few of them here. These tips are essential for survival in The Surge, well worth a look. 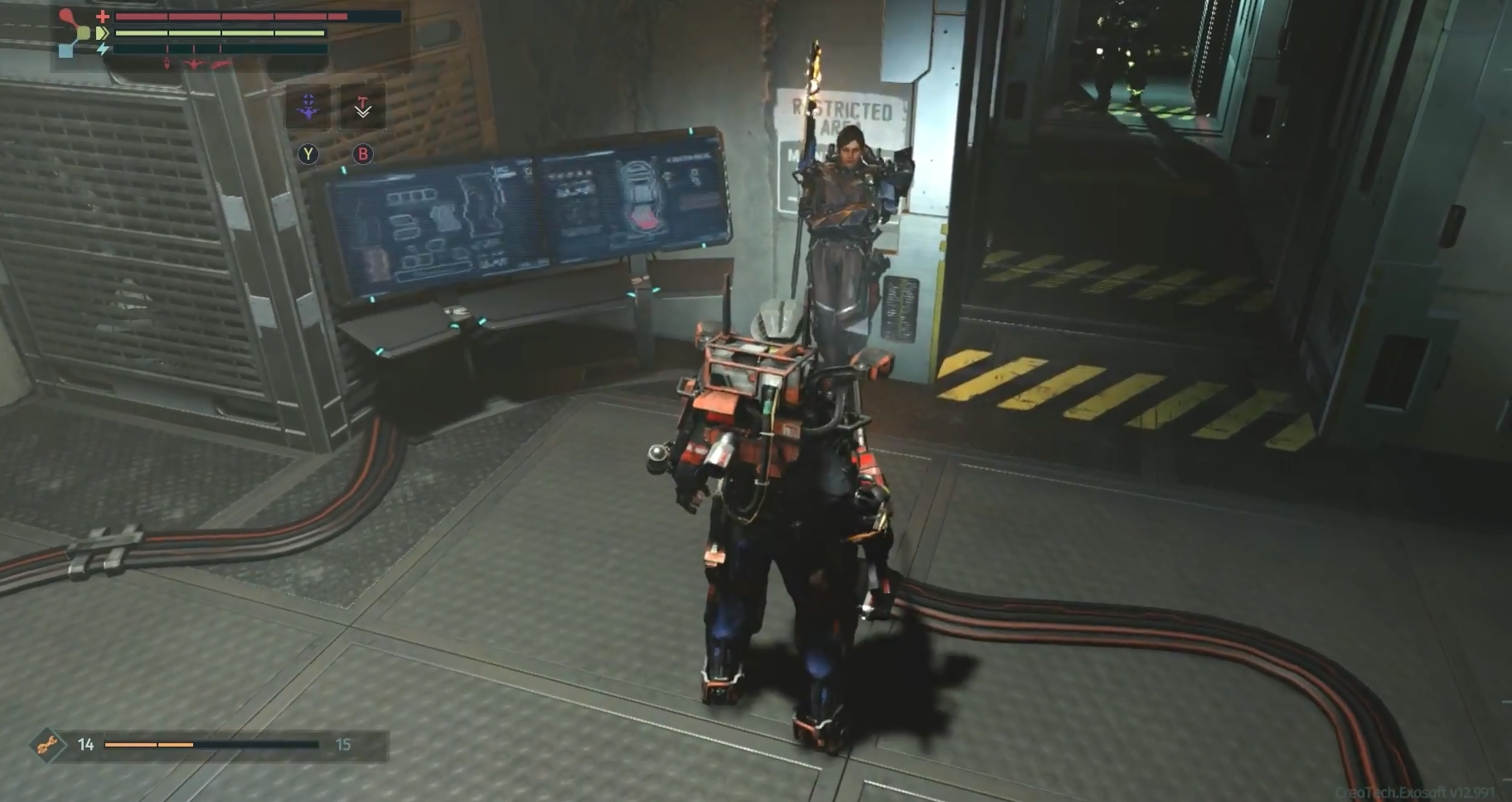 This is the first EXO rig you’ll come across, one of three in the game, including the one you start with. Called the Creo ex02 Prototype Rig, it expands the available slots to 12. The four extra slots are unlocked at levels 45, 55, 65, and 75, respectively.

In order to have access to the Resolve Chemical Refinery, you’ll need to first finish the Resolve Biolabs level. After speaking with Dr. Melissa Chavez and picking up the BOTECS Power Core from her lab, your drone will now be able to overcharge power circuits in unreachable places.

These circuits have the black and red drone icon, and are usually placed way at the top, above doors. Find your way back to the Blue Sky Station (Decomissioned), the one that brought you to Resolve Biolabs, and take the tram back to Central Production B.

You’ll notice upon arrival that Hazard Response squads (flamethrower guys) are killing other enemies for you. The big door you see on the right is where you’ll want to head, use your BOTECS Power Core to overcharge the circuit above the door and you’ll travel to the Circulation Tower.

Once you’re there, keep heading up the stairs, defeat the enemies you see, and continue upwards. Once you reach the top, you’ll come across a level 20 power circuit, to the left of it (your right) you’ll see some enemies in the room with green lights and lots of smoke. If you move towards them you’ll enter into the Resolve Chemical Refinery part of the level.

Find the set of stairs that lead up, and head there until you come across a small room with a big TV that has Don Hackett giving one of his speeches. Climb one more flight of stairs until you reach a console. If you helped Irina Beckett on your first encounter, you should find her leaning against a doorway, this is where you need to go.

Take care of the enemies in there and open the door. Fight a few more enemies and break the display case in the corner to get the Creo ex02 Prototype. Once you have it, head back to the OPS station to craft it. Select the Medbay, navigate to ‘Rig’ and press A/Cross to spend the required Scrap and equip it. 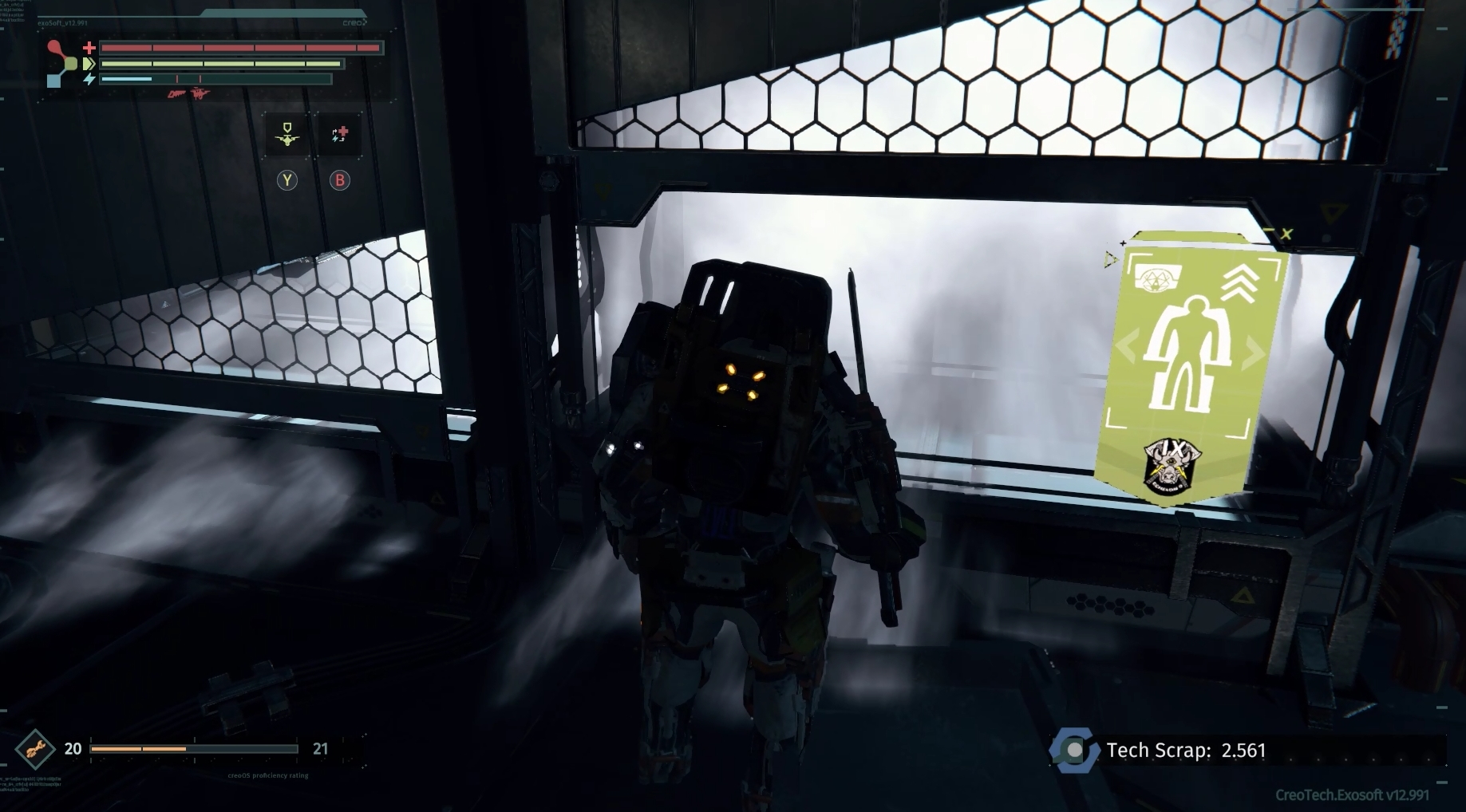 The second and final EXO is called the CREO ex06 Security Rig. It’s found late in the game, at the Executive Forum area. To get it, you’ll have to first defeat the Black Cerberus, the game’s fourth boss.

Once you’ve beaten him, check the back of the arena for a mesh breakable door. Go through and overcharge the power circuit there to override the system, then return to the OPS station of that level. As you enter, you’ll find two display cases on the left, the second one has what you need. Break the glass and acquire the CREO ex06 Security Rig.

Like the previous rigs, you’ll need to spend a bit of Scrap to craft it. This can be done at the Medbay.

Equipping this rig expands the number of available Implant slots to a decent 16, meaning you get four more slots. The new spaces are unlocked at Power Core levels 75, 85, 95, and 105, respectively.

As a bonus, this particular rig is what’ll allow you go through those security doors you’ve been coming across throughout the entire game. Just head back to any of them, and the scanner will clear you.