Mojang has posted on update on Minecraft Update 1.1, also known as the Discovery Update, which is coming to Windows 10 and Minecraft Pocket Edition soon. 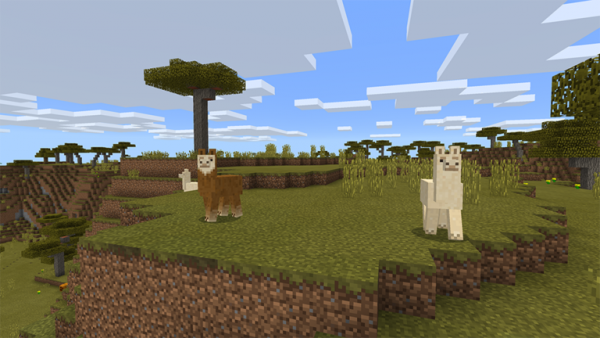 According to the latest developer blog, there are many “mysterious and wondrous things to uncover,” and Minecraft players will be able to barter with a cartographer for a treasure map, and put supplies in a llama’s pack or into a shulker box. They will also make use of the new Frostwalking and Mending enchantments.

Players will also go on a quest to locate the forest mansion, defeat the villagers within and steal the Totem of Undying.

Beds can now be dyed, ingots smelted, and new blocks such as glazed terracotta and concrete have been added.

It’s the same content as The Exploration Update, which was released for the mothership version of Minecraft on PC and Mac back in November 2016.

Those who play the Pocket Edition on Android will be able to try the content out via a beta “in the near future.”

Hit up the link for more information.