Injustice 2 has a new currency called Source Crystals you can buy with real-world money. 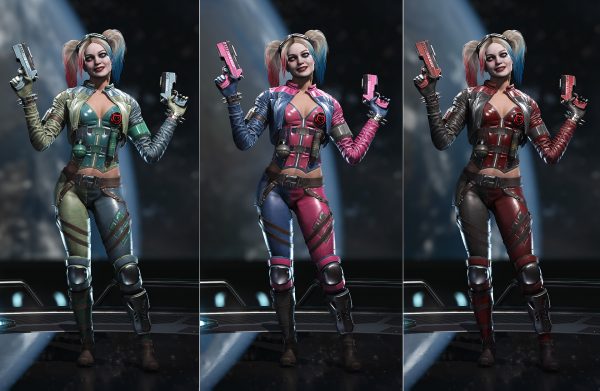 NetherRealm has announced a new type of in-game currency for Injustice 2 that it says can only be spent on cosmetic features.

It’s called Source Crystals and it can only be purchased with real money. Source Crystals can be spent on three main items: Premiere Skins, shaders for existing skins, and on the Transform Gear feature.

Premiere Skins are new models for existing characters that completely change their looks and voice, similar to the ones you get in the game’s
deluxe and ultimate editions. These do not have any gameplay advantages.

Shaders are colour variations you can apply to your existing gear, like what you see in Harley Quinn’s costume above. Transform Gear allows you to change the look of one piece of gear into another, and keep the stats – commonly known as transmogrification in other games.

“We value our community and want to be clear – you cannot “pay to win” with Injustice 2,” the studio noted in the announcement.

Although NetherRealm says Source Crystals won’t impact progression, one particular way you could use them is billed as allowing you to “save time.” If you rank up at least one character to level 20, you can use Source Crystals to level up other characters to the same level.

“This is optional and won’t affect gameplay or game progression,” the developer notes. Source Crystals will be available on the Xbox and PlayStation stores at launch.