The next free content update for Uncharted 4 drops this week with a new mode, weapons, vanity items and other fun things. 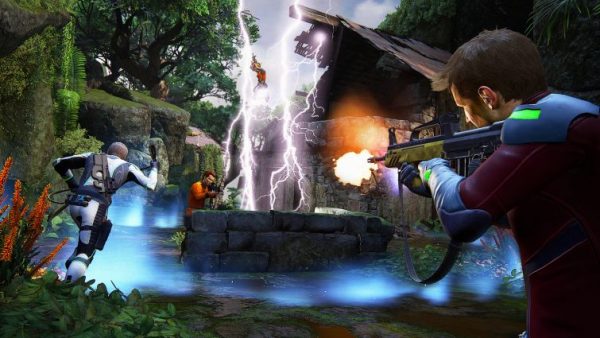 Naughty Dog announced during its Uncharted 4 multiplayer livestream today it was adding a permanent King of the Hill game mode. Here, two teams will fight over rotating capture points in order to reach the score limit.

There’s a twist, though: after the score limit has been reached, the losing team has a change to make a comeback by capturing Victory Hill. The leading team will need to capture this to win, but if the losing team takes it, they get a second chance.

Three new weapons are coming with the update: NSAS and Type-95 long guns and a scoped Competition Pistol. Vanity skins are also included. These Savage Starlight character skins were inspired by the in-game comics strewn across The Last of Us.

The free multiplayer update to Uncharted 4: A Thief’s end will arrive on Friday, March 17 alongside the 1.21 patch.