While Ubisoft Massive hasn’t come up with a name for The Division’s Year 2 content, it has plenty of things in store for players this year. 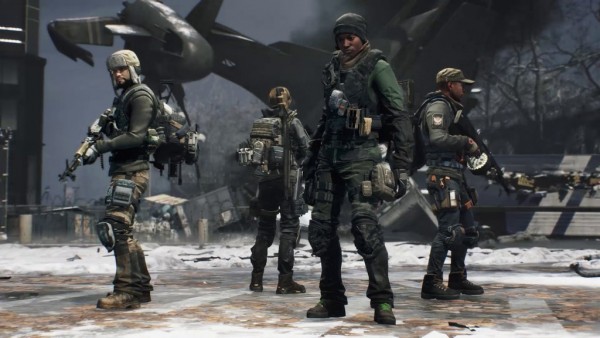 First up, the healing boost in Last Stand will be fixed when The Division goes down for maintenance tomorrow. Also, the developer is still working on bringing a Public Test Server to consoles.

It really wants to allows players on all platforms to participate in the PTR. So hopefully, the studio can work this out with Microsoft and Sony soon as Massive plans to put both expansions on the PTR for feedback.

Now, on to more information pertaining to Year 2, specifically the first content drop.

The Division Year 2 – Expansion One

As previously reported, there will be two expansions released, both will be free and released simultaneously on all three platforms.

The first update is coming in this summer, with a release date slated for late July or early August. That said, it will be shipped when “it’s done” to make sure everything is ready and working properly – similar to the release of update 1.4.

Massive said this due to remaining committed to the game by providing “fun and balanced content” and in the meantime, it will keep releasing bug fixes, client patches, balance updates throughout the year as a part of its “long-term commitment” to The Division.

The first expansion includes the oft-requested Loadouts feature. Players will notice a tab called loadouts with six slots. Here is where the players can save an equipped loadout which can be switched to any time and reequipped. So, depending on the situation, the player can just go to a loadout tab select the one they want and its equipped. Two button presses, and boom, there ya go.

Loadouts include skills and talents, not just gear and weapons.

The team is also looking into creating template builds, and while these will not be in the game before this summer, its is an expansion they wish to add. Massive feels this will help both casual and hardcore players who want to experiment or become more familiar with the basic loadout opportunities.

Expansion One will also include Seasons, although that may not be what it’s called at launch. These are limited, timed events that feature a number of activities with a modifier providing rewards for participation and completion. They will also have leaderboards.

In short, these curated mission playlists will force the player to use weapons, skills and tactics they may not be used to due to the gameplay modifiers attached. The better the player performs, the more points earned.

Every season will have specific themes and Modifiers, for example, might be “close range” meaning the player will have to fight at close range, below 15 meters. This is will basically make players redo their loadouts for a specific season.

If a player misses a Season, they will miss out on the specific rewards, which are exclusive to said Season. So, this will be the only opportunity to earn the reward. A new Vanity Slot specific to Seasons will be added, but Massive didn’t elaborate on this during the stream.

After running for a limited time, the Season will end, the scores will be tallied and rewards will be given out before the next Season kicks off with a new playlist and new modifiers. The timing of the different Seasons, as well as their official name, will be confirmed later, as they are still under development. Over the course of the year, several separate Seasons are planned.

As of now these Seasons are intended for PVE but Massive may also expand them to PVP – this is still under discussion.

Feats, similar to deeds, are also coming with update one and these are special achievements which are unlocked by performing challenges in the game. These include, but aren’t limited to: kill challenges, helping other agents, and exploration. Feats can be anywhere from short-term to long-term goals, depending, but timed Feats are still being looked into.

Accomplishing these feats will reward players with Patches, or marks of distinction. These cosmetic patches are added to the players clothing which will show other players the achievement.

Once the feature is live, many players will find that upon logging they already achieved some feats. So for instance is the Feat is to trigger 1,000 weak points and the player has already achieved this, the reward will be applied retroactively.

There will be a wide range of Feats (tentative name) available when the feature launches, but more will be added over time.

UI titles and flair are being looked into for both Feats and Seasons.

The second content drop will have more narrative weight, but no additional details were provided other than it releases later this year – either this fall or in the winter.

Neither expansion will feature large map expansions or new level caps, but it may include replayable content. Massive didn’t discuss much on what was in the pipeline for expansions two.

If you missed the livestream for Year 2, click our post on it and it will replay for you.

The Division players who log into the game tomorrow, March 9, will be handed Anniversary items. These include a Celebration emote and 200 Premium Credit.