This Exotic shotgun looks pretty cool, but is it actually any good? 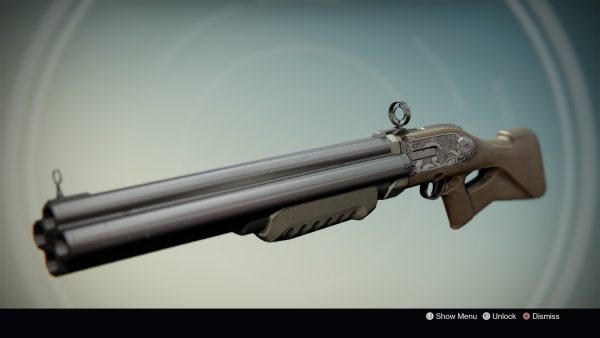 Xur brought a special shotgun with him this weekend in Destiny. It’s called The 4th Horseman, and it was one of the most unique-looking Exotics in Year 1.

Outside of its Doom-esque looks, the 4th Horseman is not an especially great shotgun. It has average impact, and a pretty slow reload speed. What it has going for it, though, is Arc damage, and the ability to be fired in full auto.

The perk Thunderer is what allows it to do that, which means it’ll be very deadly whenever Arc burn is active and you’re getting swarmed by major enemies. The Return to Sender perk has a chance to add bonus ammo to the magazine when you get a kill.

The last round in the magazine will also deal bonus damage, thanks to the Final Round perk. On its own, this isn’t particularly special, but with Arc damage and other perks combined, there’s definitely room for it.

It’s no top dog, however, so save your Strange Coins if you’re only looking to get the absolute best.

This article was initially published in December.