If you have been on a short break from Conan Exiles, you should know a patch was issued yesterday. It fixed quite a few things, but also broke a rather important item: the waterskin. 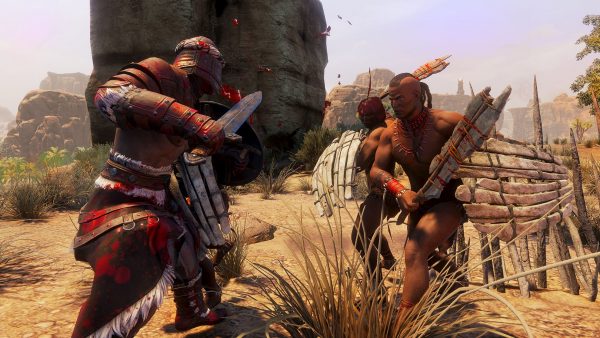 The patch notes on Steam main mention of various fixes being applied to the loading screens and server performance, and NPCs in Conan Exiles should also be “less jittery” when rotating.

However, along with those welcome fixes, some known issues have occurred with the update in the process.

One is the aforementioned waterskin which can no longer be filled at a nearby river once the patch is applied.

It can still be filled from a well, so hopefully you aren’t far from one. Funcom said it currently investigating the issue.

Other issues include inventory issues which can be solved upon relogging, and it seems issues are also being reported with explosive jars and jump “boosting”. Also, foundations and placeables no longer have a a visible preview when in single player/local mode. Dedicated multiplayer servers aren’t experiencing this issue, it seems.

Now that the known issues are out of the way, you can look over the latest patch notes below.

Conan Exiles is in development for PC,PS4 and Xbox One.

It will also be made available as an Xbox One Game Preview title in the spring , with PlayStation 4 planned for a later date.