EA has confirmed that the FIFA game coming to the Nintendo Switch this year will be a version of FIFA 18. 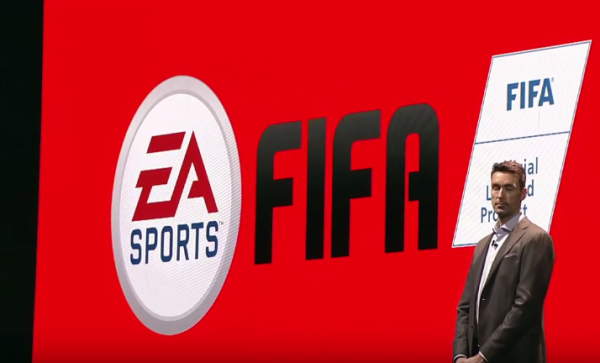 During the Switch console reveal, EA took the stage and announced that it’s working on a FIFA game for the console. At the time, EA did not reveal any other details – not even a name.

We now know the game will indeed be FIFA 18, or a version of it. Speaking to Gamereactor, EA’s chief competitive officer, Peter Moore, confirmed it will release close to the PC, PS4, and Xbox One versions.

That said, it’s not going to be a straight port. “What you have will be a custom built version for the Nintendo Switch from the FIFA development team in Vancouver,” Moore said, avoiding the question of how the Switch version is going to compare to the rest.

At this stage, EA has yet to confirm any other details of the Switch version. While there’s an expectation it may not be comparable to the other versions, the extent of how different it’s going to be has yet to be revealed.

FIFA 18 is out in September.