Blizzard has finally tracked down the bug which players were using to exploit Mei’s Ice Wall ability in Overwatch. 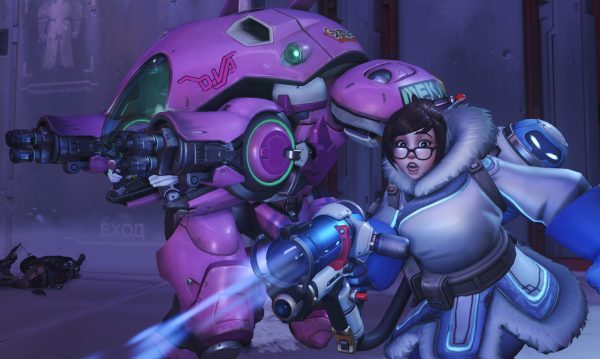 If you are unfamiliar with the problem, it occurs during 3v3 matches on the Ecopoint: Antarctica arena map when a player uses Mei’s Ice Wall ability.

The glitch occurs when as Mei the player heads to a particular corner of the map, crouches down, and places the Ice Wall underneath the character. This will sent the player to the upper level of the room which shouldn’t be accessible. They can then roam about above the map, and access off limit areas.

Once the player is positioned in this area, they are the able to continue fighting enemies – or just stand there and do nothing – without taking any hits themselves.

This is detailed in full via a video on YouTube by Hey Charlie.

If you are thinking about using the glitch yourself until Blizzard issues a fix: don’t.

According to game director Jeff Kaplan, the development team will be taking action against those who exploit the bug.

“Overwatch is a PvP experience so that means exploiting game mechanics like this comes at a cost to those you are competing against,” he said. “We take aggressive action against people who abuse game mechanics, hack or cheat. This case is no different.

“This bug is clearly an exploit and we consider this cheating. Do not attempt to reproduce this bug. If you see someone abusing this mechanic, please report them.”

Players have been complaining about issue for quite some time, understandably, and Kaplan said the reason it’s just now being addressed was due to the bug being “surprisingly tricky to track down.”

“We believe we have identified a fix,” he said. “Our hope is to have it fixed by tomorrow (January 5), but there is always the chance that our fix could fail. We’re currently testing to verify the fix.”

The post by Kaplan was made yesterday, and as far as we can tell, an update has not been applied to the game. You might want to keep your eye on the announcements page of the Overwatch forum.

This is where updates made to the game are usually posted.