The rules of the road we were taught as children will come in handy when playing Overwatch’s latest map. 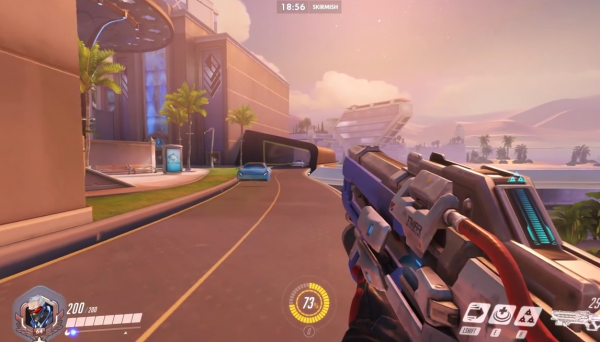 Overwatch players on PC who have access to the Public Test Realm, can now play the game’s latest map, Oasis.

As they quickly found out, however, it’s one of the more lethal maps in the game. This isn’t because of engagement ranges or anything like that, but due to the damn cars moving around on the outer edges of the map.

If you think the pits Pharah keeps pushing you into were hazards, wait until you see the insta-kill cars in Oasis. The map is surrounded by a highway, with plenty of speeding cars that, outside of shutting off alternate routes, will catch most players not paying attention off-guard.

The game’s sub-Reddit has been full of user submissions from players who were unlucky enough to be in their way. Here’s FtDLulz trying to look cool by using Widowmaker’s grappling hook. It didn’t end well.

Making fun of the recent surge in “alternate route” posts the sub-Reddit has been seeing recently, Reddit user thar_ wanted to check if the highway can really lead to an alternate route. He even added subtitles for what I can only assume were their thoughts during the attempt.

And here’s Norskiing’s GIF of what looks like a Reinhardt charge gone wrong. The ragdolls tell the story in this case.

Finally, the most impressive one comes from AcidParadox, who turned the whole thing into a mini-game, complete with well-edited Daytona sound effects and music. It’s quite the thing.

The map will go live for all sometime this December.