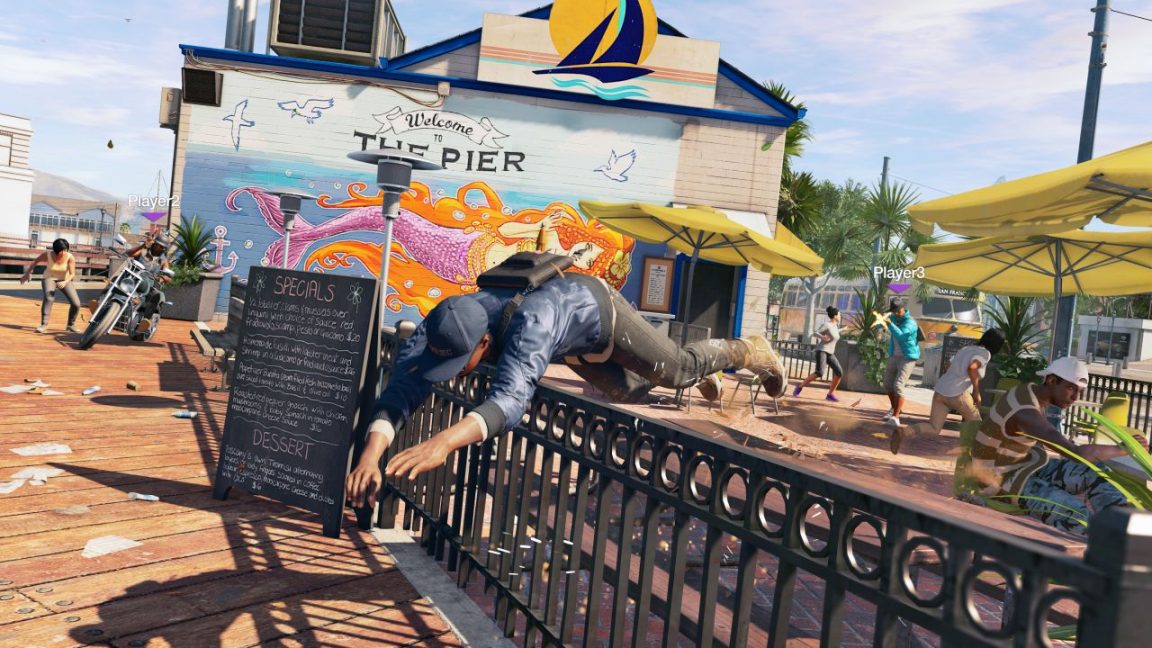 Watch dogs 2 may have launched globally today, but its online multiplayer modes are still nowhere to be seen.

However, players who have the game now are still able to play co-op with others by inviting them to play via the game menu.

The publisher said this to the community to explain the missing modes:

“We wanted to take some time and explain a situation we’re currently facing with the game that will affect your online gameplay experience. During the pre-launch phase of Watch Dogs 2, we were disappointed to discover an issue tied to the seamless multiplayer feature that caused the game to lag and crash periodically.

“In order to eliminate this issue at launch, we have decided to wait to launch the seamless multiplayer feature until this issue can be fixed, and to make sure it doesn’t impact the core gameplay experience. Through our testing, we’ve found that players encountering seamless online are also affected by this lag issue, hence our need to temporarily shut down seamless multiplayer for all. The Watch Dogs 2 development team’s priority is working on fixing this issue.

“To be clear, you can play the full single-player campaign normally. Additionally, co-op is still fully functional by inviting friends through the game menu. However, the Bounty-Hunter mode and other activities that would occur with other outside players who enter your game will be unavailable until the issue is resolved. We truly appreciate your patience during this time.”

Watch Dogs 2 reviews have already started to drop and its scores are high, in case you were wondering if you should bother picking it up. It’s a real improvement on the lacklustre originally, by all accounts.

Watch Dogs 2 multiplayer feature Bounty Hunter and Hacking Invasion modes, which allow other players to gatecrash your game during freemode and steal followers, hunt you down and create other forms of chaos.

If you’re looking for some help with Watch Dogs 2, we’re rounded up a bunch of tips here, and even dropped a clear guide to unlocking the coolest outfit in the game.

We’ll update as soon as Ubisoft has resolved the problem.