You’ll have the choice between two performance modes in Final Fantasy 15 if you’re playing on PS4 Pro. 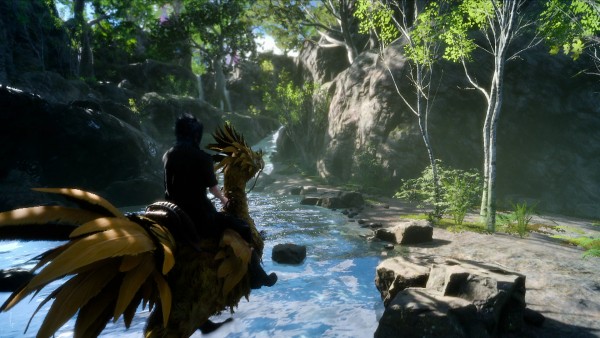 The Japanese-only stream revealed (viaSiliconera) that in December, the game will be getting a PlayStation 4 Pro patch that will offer two modes. The first targets a frame-rate of 60fps while locking the resolution to 1080p.

The other one ups the resolution to 4K, while keeping the frame-rate at 30fps. It’s unclear if 4K will be achieved natively or through other techniques like upscaling or checkerboard rendering.

Director Hajime Tabata said that the frame-rate is somewhere between 4-50fps in the current build, but work continues to reach the 60fps target.

The stream also revealed that a new demo will be released on the Japanese PlayStation and Xbox stores that lets you play from the game’s start up to around halfway through the first chapter. It’s called Judgment Disc and it’s out November 11.