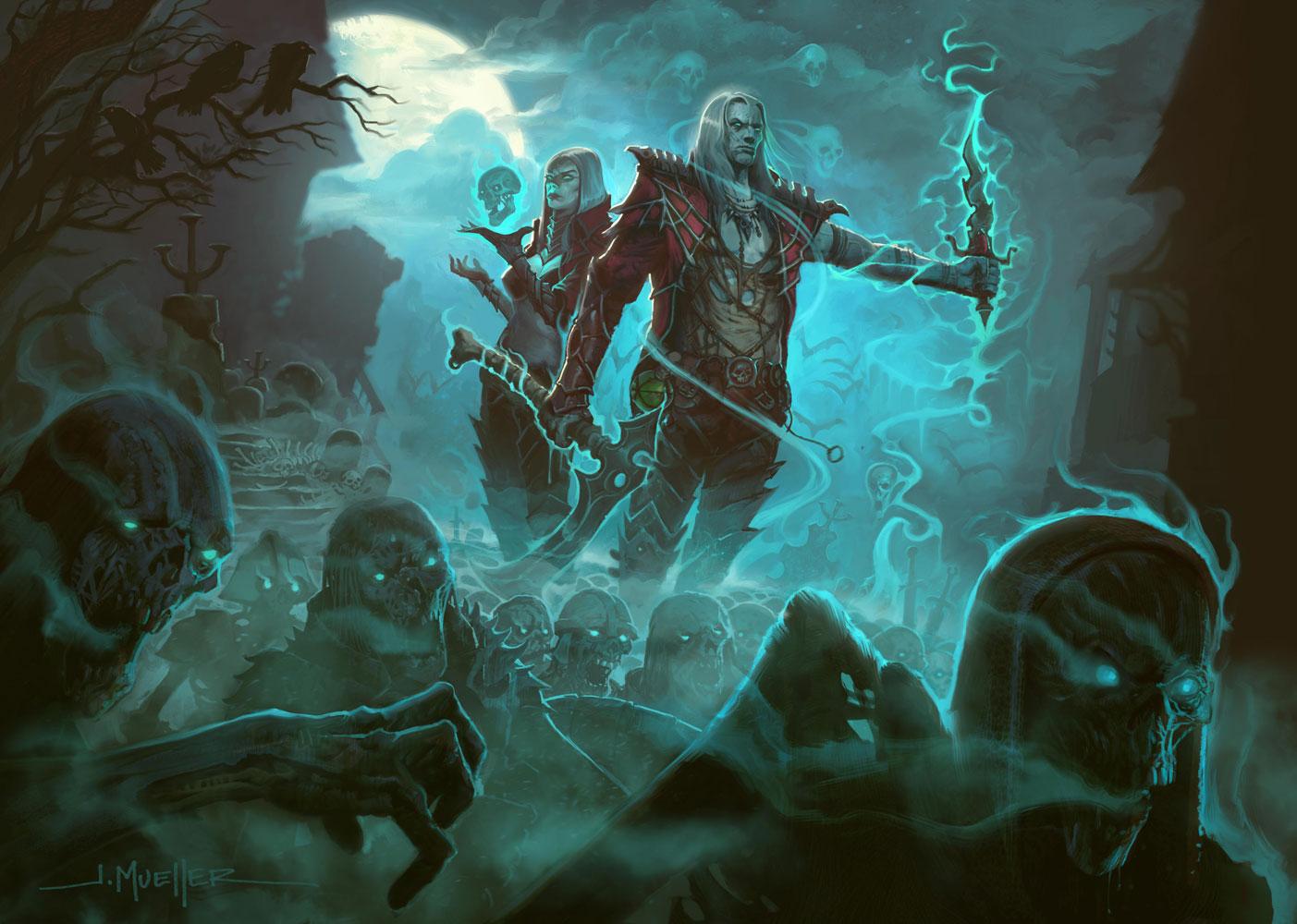 Diablo 3 players may have something to look forward to at BlizzCon this weekend.

A new piece of artwork credited to Blizzard art director John Mueller has popped up on the Blizzard Gear Store. Although the URL is no longer valid, plenty of people saw it before it was taken down – just like yesterday’s Sombra leak.

The art shows a pair of very similar-looking male and female characters, which suggests we’re looking at a new Diablo 3 class, as opposed to a character from another Blizzard game. The art’s filename was “necromancer”, so naturally the assumption we’re all making is that a new necromancer class is inbound.

The male in the artwork bears a marked resemblance to Xul, a character from Diablo 2 who also appears in Heroes of the Storm. He was a necromancer, natch.

Last time Blizzard added a class to Diablo 3 it came with an expansion, so fingers crossed for a nice big content drop in the near future. That would certainly explain those Diablo 4 BlizzCon announce rumours, although that’s also a possibility, too.

Personally I’m betting on expansion. Diablo 3 is still going strong among hardcore players (it’s a lot more fun now than it was at launch) and is patched regularly with new content. I can’t see Blizzard rushing another one out when Diablo 3 is available on both new-gen consoles – but I’m regularly wrong, so whatever.