Despite fans wanting a Diablo 2 remaster for years, a recent revelation has made it seem more unlikely than ever.

The information comes from a recent GameSpot report about this year's ExileCon. Here, Diablo creators Max Schaefer, Erich Schaefer, and David Brevik opened up about what it was like to work on Diablo 2. Among the stories they told was one particularly harrowing tale about how they lost the entire source code. 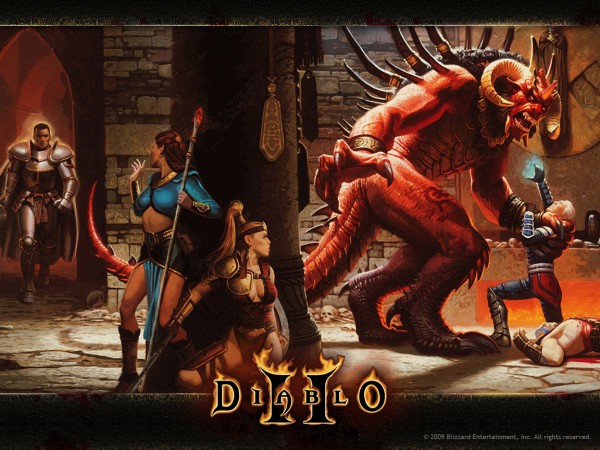 "Not just our code, but all of our assets," Max Schaefer explained. "Irrevocably, fatally corrupted."

"It's all gone," adds the other Schaefer brother, Erich. "We were supposed to have a backup but neglected it. We spent a day or two in sheer panic."

Although the team were able to finish Diablo 2 by pulling chunks from various builds and sections the developers had at home, that original source code is still lost, as are countless art assets. "It would make it very difficult for Blizzard to do a Diablo 2 remaster because all the assets we used are pretty much gone," Erich Schaefer said. "They'd have to make them from scratch."

Given that Diablo 4 was announced at this year's BlizzCon, it seems unlikely that Blizzard would assign an entire team to a Diablo 2 remaster that needed to be built from the ground up. As a result, it seems that hopes for one have been all but dashed.

Luckily, it seems Diablo 4 will at least pay homage to Diablo 2's darker atmosphere. It's also inspired by Junji Ito manga, which is weirdly exciting. If you want to take a closer look at the world itself, you can check out these Diablo 4 screenshots.

As for the aforementioned developers, Max Schaefer is currently hard at work on the charming and inspired Torchlight Frontiers, which was unfortunately delayed until 2020. Erich Schaefer launched a Westernesque space simulator last month, whereas David Brevik is tending to his survival RPG, It Lurks Below.