Are you constantly seeing locked squads with just one or two players in them? You’re not alone. 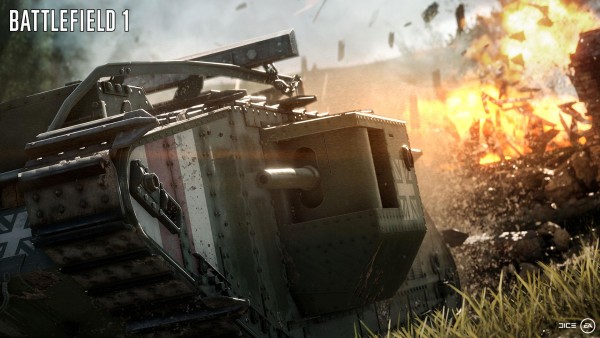 Battlefield 1 offers perhaps the best squad-up feature out of any game in the series. It’s easier than ever, both on PC and consoles, to party up with players before joining a game and have everyone end up being on the same team, in the same squad.

Unfortunately, this feature comes with a bizarre drawback: whenever you join with a group of friends, the squad you end up in gets automatically locked. This may make sense initially, considering this group of friends could be using the in-game voice chat and may not want a random player listening in.

More and more people are using this feature now, though, which means other players are seeing more and more locked squads with two players, and sometimes with just one. Battlefield 1 will put you in a squad and lock it whenever you have people in your group, even if they’re not currently playing.

The issue has gotten big enough to warrant multiple Reddit threads about it.

Solo players who want to play together in a squad and push the objectives are particularly frustrated, as they’re running into servers where the entire squad screen is full of locked squads.

The solution is easy, but because many are completely unaware their squad is even locked, they don’t bother doing it. Put simply, all you need to do is head over to the squad screen and click the little lock icon to open up your squad. That way, any player will be able to join you, and you’ll be able to spawn on them in turn.

Battlefield 1 is available now for Early Enlisters, and is out Friday for everyone else on PC, PS4, and Xbox One.