What a difference a month makes. 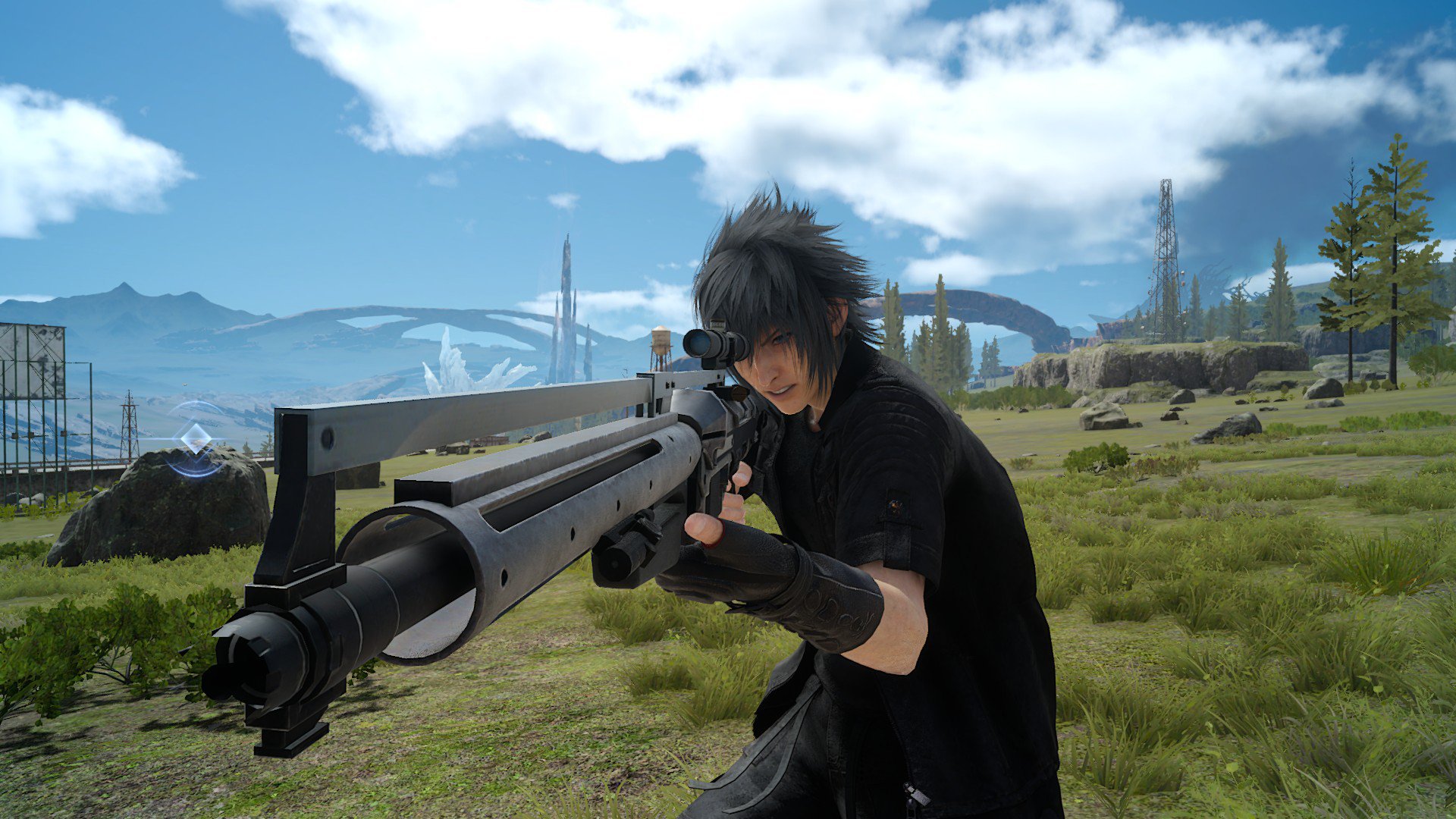 Regular readers of VG247 might remember that a little over a month ago I played the ‘Master Build’ of Final Fantasy 15. A preview followed, and in it I called the game “weird, wonderful and definitely in need of that delay”. I really liked what I saw, but the game was, frankly, a bit of a mess.

I since know from chatting to other press who played that build that I was in part simply unlucky. Others had a fairly smooth time with it, but mine hard-crashed a couple of times and also got itself hung up on a progress-halting bug. Even if you put crashes aside performance was all over the place with an incredibly dodgy, juddering frame rate. Even if I was just unlucky (and I wasn’t the only one to have this experience), it was unacceptable.

“Don’t mistake me: there’s still a roughness to elements of the game. But the difference in the overall quality and tightness of this build to my experience with the ‘master version’ is night and day.”

Underneath it all, however, was the fact that the build I played was really good fun. It spoke to me fairly exactly, but then I probably also am Final Fantasy’s foremost current target audience: I’m somebody who was borderline obsessive about the series in its PS1 heyday who fell out of love with it right around the time the series hit hard times and its Western RPG cousins really came up to bat.

There were five years between FF10 and FF12, and in that time games like Knights of the Old Republic and Morrowind launched with proper console versions and stole away my RPG interest. FF12 is a great game, but days after it arrived, Oblivion did too. Mass Effect was just a year away. My interest dwindled. I continued to play FF, but the Western RPG had for all intents and purposes stolen my heart. Many didn’t remain as invested as I.

FF15 is obviously aimed at this crowd and those who were drawn into RPGs by those games. Its developers have worn the inspiration from the likes of Skyrim and The Witcher proudly, and FF15’s interesting combat system tries to be a halfway house – simple enough for turn-based fans to grasp but complex enough that action RPG fans remain engaged.

I’m not yet entirely convinced that FF15’s combat systems will be able to nail that balance in a way that’ll satisfy the mainstream, but as somebody who ‘gets’ and enjoys both traditional turn-based RPGs and action RPGs I found it a fascinating and fun experiment. But the performance… man, that took the shine off things. 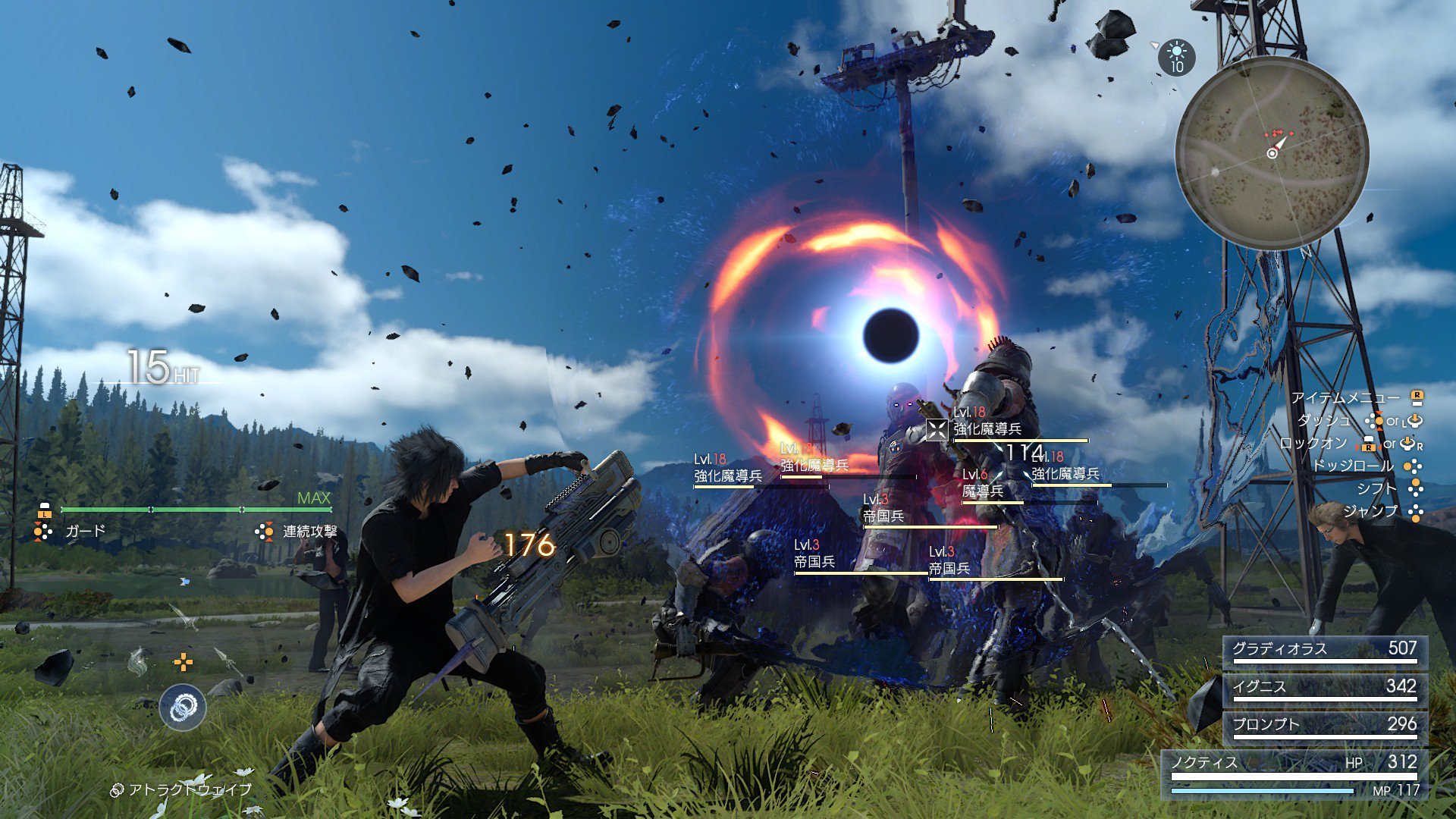 So, here’s the good news: I just sat down and had a little toy with Final Fantasy 15 on both PlayStation 4 (regular, not Pro) and Xbox One at EGX 2016 and… it’s a significant improvement. It’s a big enough improvement that I felt compelled to sit down and bash out some words underlining the fact. I played on PS4 and then stood behind a couple of Xbox screens to watch others play; both versions have clearly had a lot of polishing in this extra month.

“It looks amazing when you look at the big picture such as a beautiful vista with sweeping scenery, but look at something too close and you’ll wince. This is a Final Fantasy game with a bit of open-world jank.”

If I had to guess thanks to how long you need to go through certification and the like this is now pretty close to final, but if the final game launches this way it’ll be much more acceptable. Don’t mistake me: there’s still a roughness to elements of the game. There’s still nasty artefacts around hair and such. The camera is still bloody diabolical the moment you enter combat. But the difference in the overall quality and tightness of this build to my experience with the ‘master version’ is night and day. And hey, it was only a few minutes, but it didn’t crash either!

Some fans have been digging up unflattering comparisons of things like lighting and textures from older builds of FF15 to this new one, which has also cropped up at TGS and the like. Even I’ve noticed; “wtf happened to the lighting?” I asked on Twitter just last week. It might end up being true that the game doesn’t look quite as good in places as it once did, and it’ll certainly get nowhere near that cheeky almost all CG trailer from E3 2014 but if that’s the trade-off for the difference there is in performance and stability I’m okay with it.

The game still has that sort of Frankenstein thing I mentioned in the previous preview going on, but a theme seems to be emerging. It looks amazing when you look at the big picture such as a beautiful vista with sweeping scenery, but look at something too close and you’ll wince. This is a strange feeling, but maybe it shouldn’t come as a surprise given the style of the game. Restrain the car as much as you like, but in the visual department it can’t escape: this is a Final Fantasy game with a bit of open-world jank. Huh.

It’s still not perfect and there’s still work to do, but what a difference a month makes. It feels like one of FF15’s greatest hurdles might be much less a daunting leap for the game now, but several other high barriers to success remain, not least the interesting and unique design of the game itself. Needless to say, I’m chomping at the bit for November to see just how well Hajime Tabata’s team stick the landing. Not long to go now…