Activision showed off the multiplayer portion of its latest Call of Duty game during Call of Duty XP today. And now we have all the gory details for you.

Above, you will find a multiplayer overview trailer which gives a quick rundown of the information you will see below. Images show the multiplayer maps and the different Combat Rigs players can use.

The multiplayer portion of Call of Duty: Infinite Warfare allows users to customize the way they way they play, more so than previous iterations. Everything including weapons, equipment, lethals and tacticals have been “built around all play styles,” with various combination options.

These were designed to be a cornerstone to the player’s loadout with selectable attributes. Each Rig lets the player choose different Payloads and Traits before heading into battle.

Payloads can be more powerful weapons or abilities and Traits are either persistent, overcharged enhancements, or abilities which are refilled every few seconds. Both are used in combination and unique to each Rig and and play style associated with it.

Players select one Payload and one Trait to bring into each battle. Different Rigs will be unlocked as they level up in multiplayer. Eac one has a head, body, and cosmetic variations.

Here’s more information on each Rig per Activision.

Designed for mid-range, assault style players. It provides fast kills, the ability to get quickly to an objective, and helps with offensive. 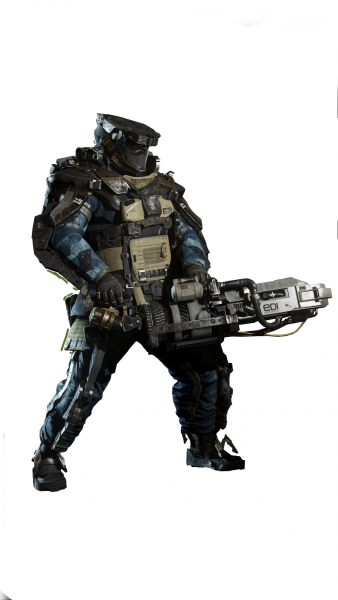 Focused on heavy defense and suppressive fire. Best for a more defensive-minded player who loves to pack around big weapons which deliver max damage and designed to clear enemy threats quickly. 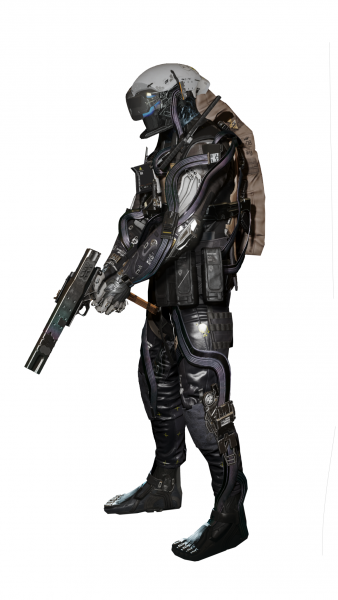 A prototype battle Rig which utilizes current technology to ensure combat advantage. Best for the player who’s more of a run-and-gunner and who wants to get up close and personal with the enemy. 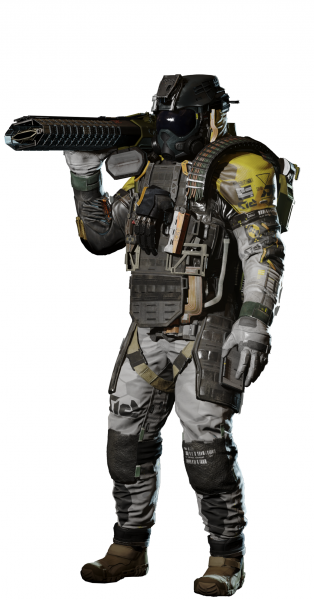 Equipped with gear for enemy suppression and squad support. The tactical team-focused player should use this Rig on the battlefield. 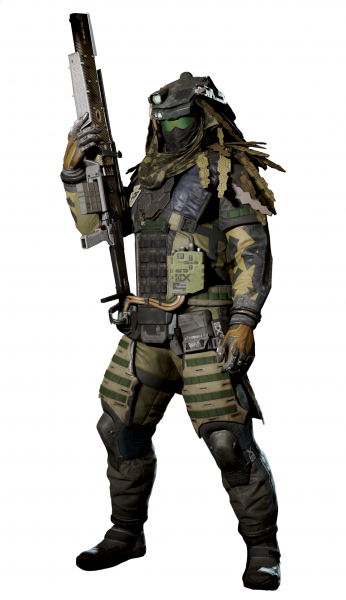 Specializes in concealment and long-range engagements. The stealth oriented sniper should employ this Rig in combat. A C6 Class remote operated drone, it is optimized for speed and close quarters combat. Best for the player who favors melee and SMG-ranged combat. 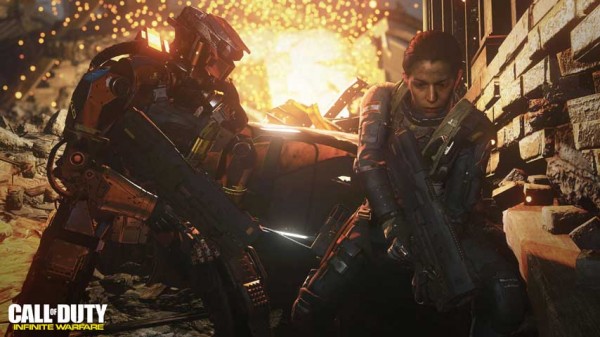 That’s quite a bit of information to take in, isn’t it? But there’s more.

The multiplayer portion of Call of Duty: Infinite Warfare also introduces weapon crafting for both primary and secondary. These weapons can be crafted using Salvage currency earned during each multiplayer match.

There’s a bit more on crafting below along with information on maps (Breakout and Frost are the images), equipment, scorestreaks, and mission teams – again, straight from Activision. 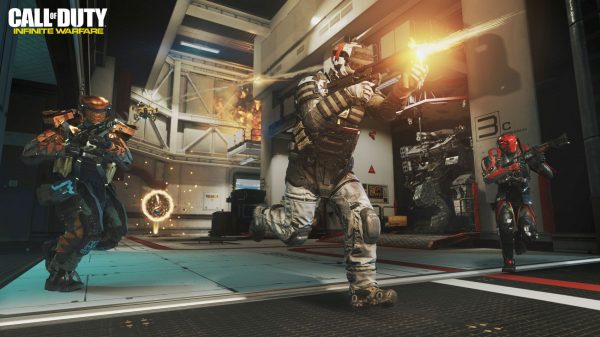 The weapons lineup consists of Primary and  Secondary weapons with modern design elements and aesthetics, as well as new weapons that provide all-new functionality for the player. Weapons will be a combination of familiar ballistic, melee, energy, and Prototype weapons, with all the attachments players can use  to personalize to their style.

There will be hundreds of weapons to acquire while playing. Players can use Salvage, the crafting currency earned during a match, to craft unique Prototype Weapons that come with special cosmetic and functional benefits called “Gun Perks.” Gun Perks alter the functionality of Prototype Weapons and make them uniquely suited for various play styles. 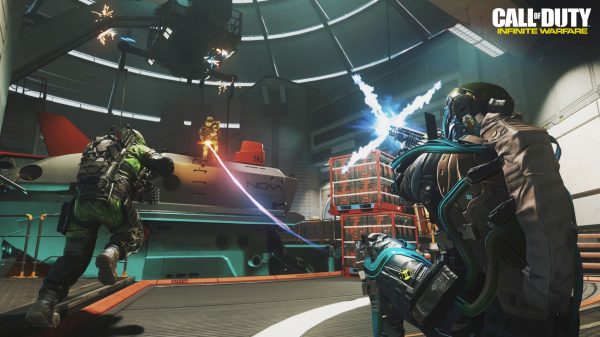 Plausible tech also allows for new tactical and lethal equipment that can change the battle. One example is the Seeker Grenade, which will attach itself to its victims before detonation.

In addition, the Black Hole Grenade creates a vortex that will expose and envelop your enemies. The expanded stable of tacticals and lethals featured in Infinite Warfare also brings equipment back into the Pick 10 equation in a unique, meaningful way. 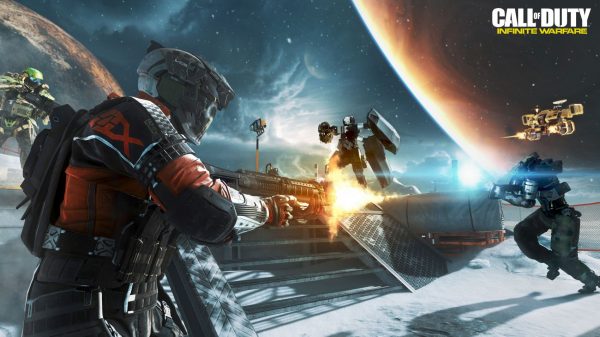 There will be a mix of returning and all-new scorestreaks that will reward players for a wide range of actions, including kills, assists and points capped. Both hardcore and new players will welcome the return of classic scorestreaks, like the UAV and Counter UAV.

In addition there’s new combat options like summoning the dreaded R-C8. This heavily armored robot can watch the player’s back via sentry mode, or players can jack into its feed and manually lay waste to even the toughest competition. 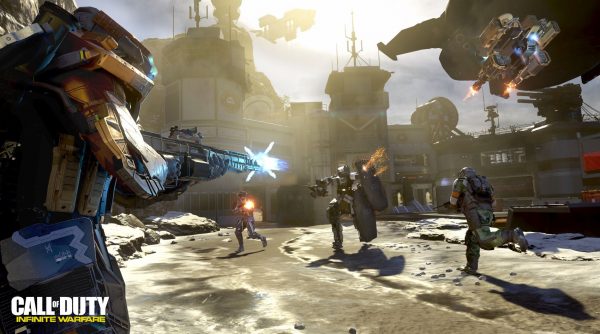 Fields of battle span the vast expanse of the solar system, from sprawling cityscape of Japan and the funneled corridors of a giant space station, to the drilling facilities of a rogue asteroid and the caves of Titan. 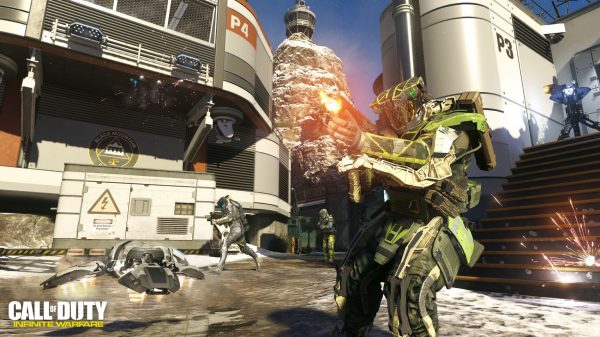 Players will also have the opportunity to level up by joining Mission Teams and earn more exclusive rewards and content. With four unique mission teams, players choose their team based on what type and caliber of player they are, and what they want to go after and earn.

Each team has its own unique personality, challenges, and very own commander that will help guide, and in some cases, push the player to go after the objective and complete those challenges. By completing tiered team missions, players can unlock additional XP and unique items such as team specific cosmetic items, special gear, and more. 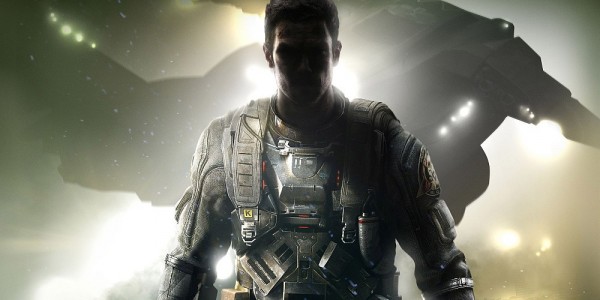 Whew! Hopefully that covers everything for you. With Call of Duty XP going on this weekend, expect more coverage to come on the latest shooter in the franchise. Matt was able to try the multiplayer out recently, and you can read his thoughts on it too. Something about being a space solider turning into a robot dog. Awesome.

You also have the Call of Duty: Infinite Warfare multiplayer beta to look forward to on October 14 – first  if you are a PlayStation 4 owner an pre-order the game. Nothing further was mentioned, but  Activision promised further details would be announced at another time.

The first look at Infinite Warfare’s multiplayer was revealed prior to the info drop you see above. If you missed it, just hit the link, there.