Niantic CEO John Hanke talks about the future of the app. 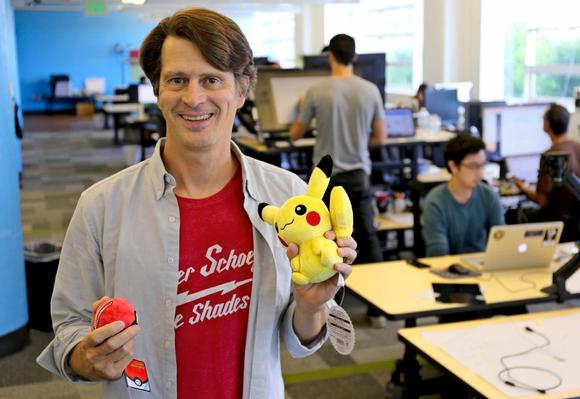 In a recent interview with Forbes, John Hanke discussed his plans for the app, and the partnership with McDonald’s in Japan.

The fast food chain has experienced a bump in sales that it’s credited to Pokémon Go after it became the first sponsored location. Around 3,000 McDonald’s restaurants in Japan will become gyms, feeding hungry trainers while they engage in turf wars.

“We incorporated that sponsored location model into Ingress the day it was launched. The idea was to build an alternative to in-app purchase based on idea that in-app purchase exerts a lot of pressure on game design that can lead to games that are not very much fun to play even if they make a lot of money,” Hanke said on the subject.

“My belief is that the sponsored-location model is a better business model for games. The idea with real world games was to build an advertising model that is deeply tied to the way the game itself works… so it doesn’t break the flow of the game. It doesn’t feel like something is grafted on.

“That’s what we’re trying to do and it will provide a compliment to in-app purchase. In app-purchase will be the majority of the revenue, but it does take some of the pressure off of us to squeeze hard on the purchase side which would be detrimental to the game.”

And everyone wants a piece of the pie. “We’ve been bombarded be people saying, ‘Please, please, please,'” says Hanke. “To have all the potential customers asking to be part of the program is great.”

The app is massively popular right now – hence the surge of companies clamouring for sponsored locations – but inevitably, the numbers will drop off. What are Niantic’s plans when that beings to happen?

“You will see new Pokémon come into the game around special events at certain times in certain parts of the world. You’ll see us do some things around events. We initially thought that we would organize events ourselves like we did for Ingress. We’ll see if we do or not.

“There are a lot of self-organizing events that are happening and maybe we just support those. There are some things that we do in game with the gameplay to make the events more interesting.”

It looks like the fad isn’t over just yet. Are you still playing? Let us know in the comments.