Steph Nunneley is an MMORPG obsessive. Se we sent her to Tamriel to uncover the differences in Zenimax Online’s upcoming role-player.

“I have yet to be asked to go kill 10 skeevers, or cut some maple wood for someone’s house, or gather 20 wolf pelts. This is extremely refreshing.”

The Elder Scrolls Online will feel familiar to fans of the series. The way the MMO plays, looks, feels, it’s all there; however, don’t go into it expecting Skyrim. I have read this comparison many times by people who have played in the beta. That it’s a Skyrim MMO. As someone who has played every Elder Scrolls game on PC, Xbox and Xbox 360 – each – I can assure you, it is not.

Not only is that a disservice to Skyrim, but The Elder Scrolls Online as well. There are very familiar aspects to the online game such as the directional bar at the top of the screen. There’s your health, mana and stamina bar. Even the skill trees in which the player spends points in various ways to enrich their character is familiar. But that is where the similarity ends, at least from my perspective.

I’m not going to give you a run down of the gameplay. If you have immersed yourself in an Elder Scrolls game in the past, you are already familiar with it. Nothing has changed. Only this time, instead of an RPG which can last upwards of 700 hours, it’s, well, an MMO. Obviously.

Instead, I want to talk about what is different from other MMOS I have played. How does it differ to World of Warcraft, EverQuest, Lord of the Rings Online? On the face of it, not much. 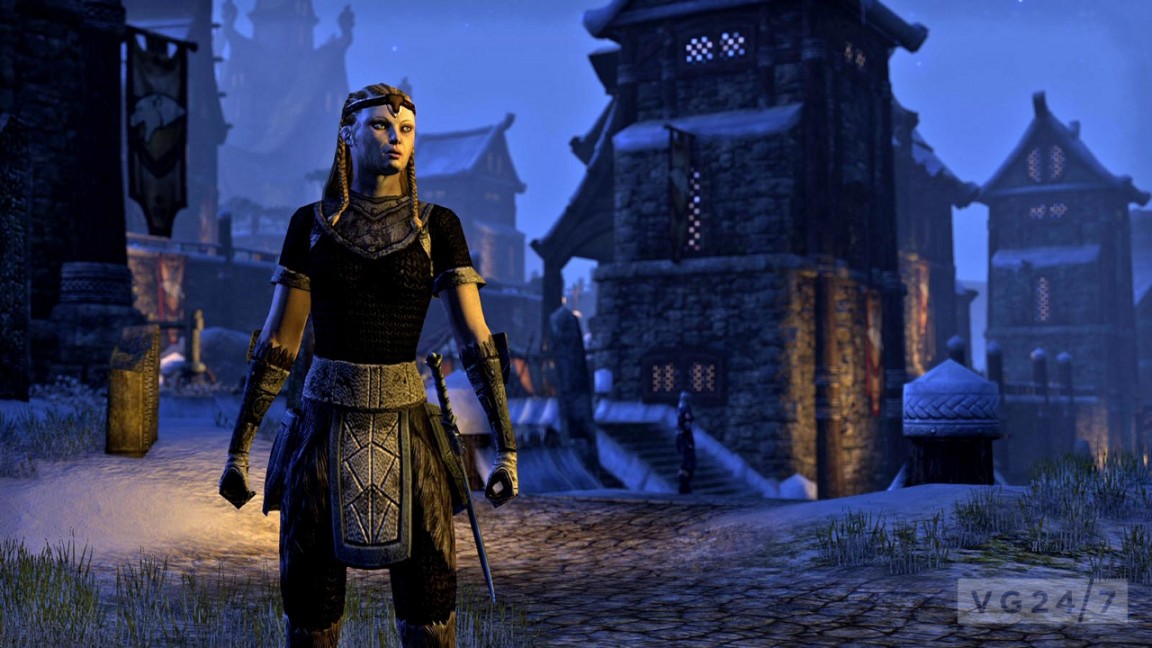 Granted, I have yet to be asked to go kill 10 skeevers, or cut some maple wood for someone’s house, or gather 20 wolf pelts. Just about every MMO out there has small fetch quests players need to complete in the starting levels which, in turn, help build up their character so they are strong enough to go out into the massive, online world. So, this part is extremely refreshing. There’s also no running from one end of the section map to the other to relay messages to other NPCs. Which, in and of itself is nothing more than an extended version of the dreaded fetch quest. Again, refreshing, and well done on Zenimax Online’s part.

“Enemies can be frustratingly hard at times. I’m not talking about general mobs such as bears, wolves, thunderbugs or skeevers. I’m talking about the humanoid enemies.”

Enemies in the game will also feel familiar to Elder Scrolls players, but like the aforementioned MMOS and unlike the offline versions of the franchise, enemies tend to spawn in the same spot. They have to really. In previous Elder Scrolls games, you had an idea of where something or someone would spawn, but it could also be entirely random. Surely this will be incorporated in some capacity in the game – wouldn’t it be fantastic to run into M’aig the Liar, as he just randomly popped up someplace? It wouldn’t be an Elder Scrolls game without such randomness, but I have yet to run into any this early in the game. As far as general enemies are concerned, if you kill one, and come back to the area, expect him to have reappeared and to use the same pathing. It makes sense from a development standpoint considering the size of the game.

Speaking of enemies, they are rather tough, which surprised me so early in the game. Generally, enemies in an MMO are on par with your character level, providing you don’t go running off into an area full of high-level mobs. In TESO, they are tough. I cannot tell you how many times I have died already and I’m just at level eight. Enemies can be frustratingly hard at times. I’m not talking about general mobs such as bears, wolves, thunderbugs, skeevers, and mudcrabs meandering around the landscape. I’m talking about the humanoid enemies. 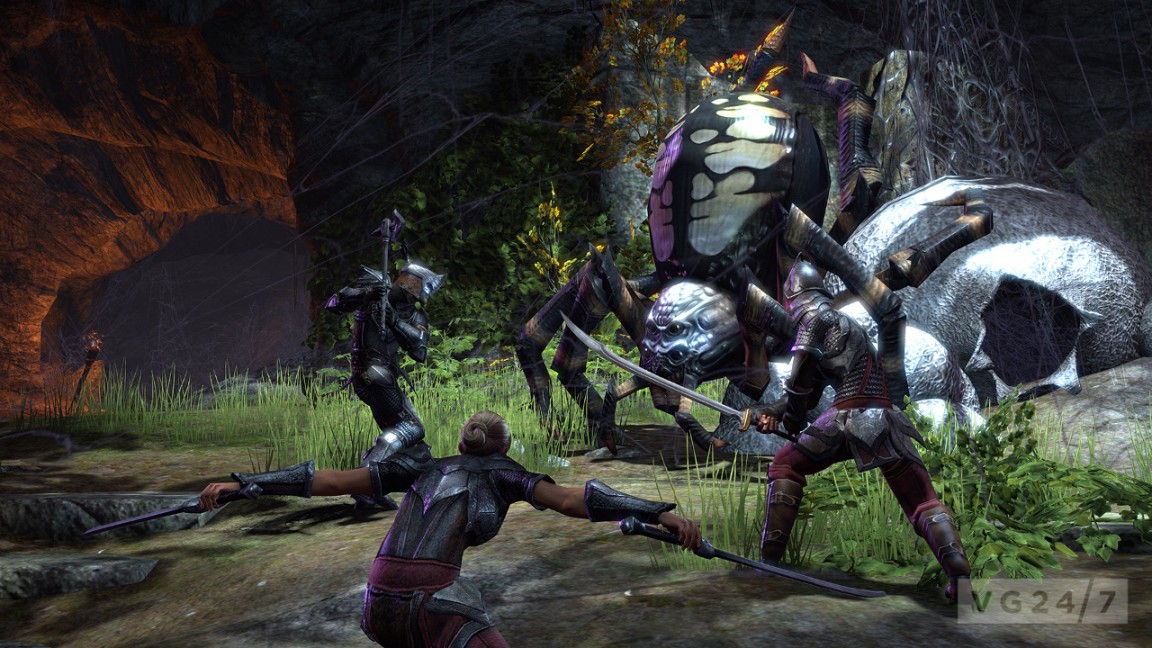 In an MMO, there’s neither a difficulty option nor a slider to adjust by going into the main game menu. The difficulty is set per area and that is it. It’s easy to just run off and do other, smaller quests to level yourself up and come back to a quest you are having issues with, and, it appears you can do this – to some extent – in TESO. With the majority of MMOs, enemies who are at your level early in the game, or one above or below for that matter, are rather simple to dispatch providing you are not mobbed by more than two at a time. This is not the case in TESO, at least from my perspective. Two humanoid enemies can make quick work of me if I don’t run off fast enough. Don’t even get me started on the main questline enemies who happened to conjure up some sort of undead minion or spirit to protect them. And don’t expect the quest giver who happens to go into the bowels of the dungeon with you to be of any help. It doesn’t take them long to become “tired” and need a rest.

In others words, you need to be at least a level above your enemy in certain cases in order to best the odds. Don’t expect to go into every situation with an NPC hoping they will tank or perform any sort of proper crowd control – par for the course with an Elder Scrolls game. Instead, go into as if you were the only person fighting the enemy. This will save you some frustration in the long run. Glasses are expensive, as are keyboards, and no amount of frustration in a game is worth Hulk-smashing your desk after dying for the umpteenth time.