During Sony’s TGS PlayStation conference last Tuesday there was a surprising announcement from Konami in the form of a remaster for Zone of the Enders 2.

The rather ridiculously titled, Zone of the Enders: The Second Runner ANUBIS MARS is a PlayStation 4 remaster of the original PlayStation 2 game that now boasts brand-new 3D models and all in 4K resolution. The trailer for the announcement also stated that there would be "brand new features" - with the headline feature the ability to play the whole game in VR via the PlayStation VR headset.

At this year’s Tokyo Game Show, Konami brought a playable demo along as well as a station at Sony’s TGS booth too. We had the opportunity to spend some time with the rather short demo and gather some impressions upon the game’s transition to 4K and also how the VR gameplay felt.

It comes across immediately that The Second Runner wasn’t specifically built with VR in mind. The cutscenes and manga-style character conversation windows that appear in game to portray the story are still presented on a flat 2D screen in the PlayStation VR’s cinema mode. The demo began by presenting us with some instructions on how to play and also a segment of the story in this cinema mode as you get reorientated to the new VR space. Once the cutscene finished the demo then faded into a 3D space with the player sat in the cockpit of ZOE 2’s main Orbital Frame, the mech Jehuty. 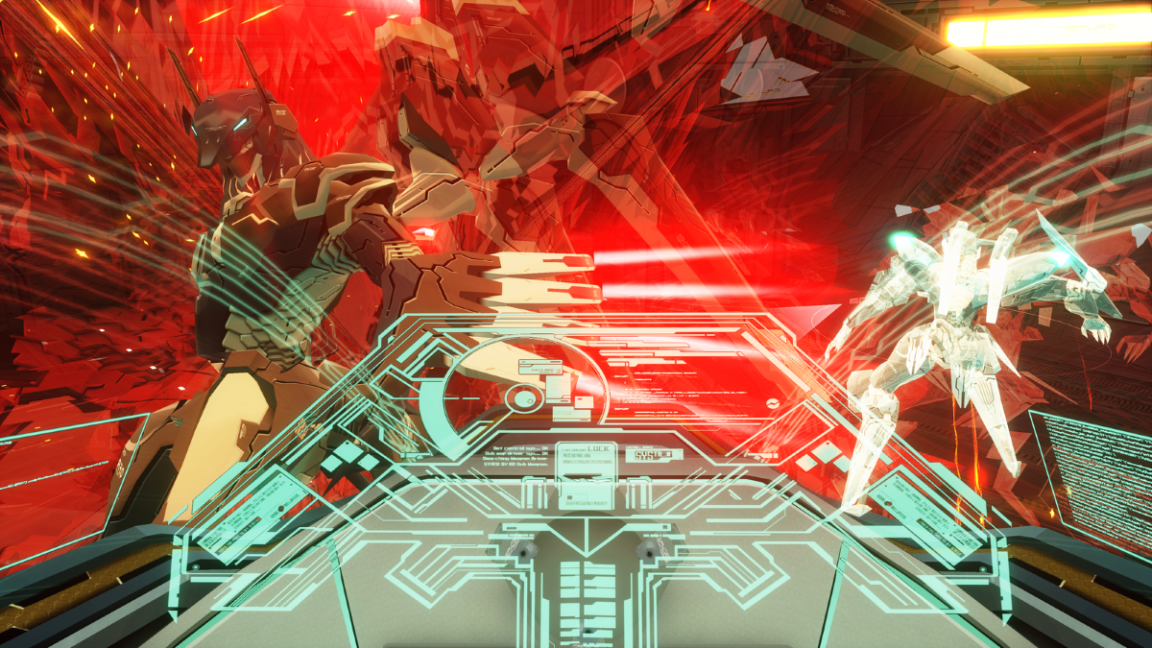 "The player is less of an awesome mech pilot and more like someone who's just being dragged along for the ride."

Definitely the most impressive part of the demo was the sense of scale. In the demo Jehuty is floating in the sky across from an oncoming armada of giant ships. As the player you immediately feel very small, looking around and outside of the cockpit in the PlayStation VR headset is fantastic and everything seems incredibly large, especially the mech itself. Due to where the placement of Jehuty’s cockpit is, you can look up and out and see the rest of the towering mech above you which was rather exciting. The sense of scale then becomes even more impressive as you begin the demo flying slowly towards the oncoming ships, which at a distance seem small but become larger and more daunting as you move closer.

Once we reached within a certain range of the ships, waves of smaller enemies were sent towards us firing missiles, whilst the ships fired incredibly large and scary lasers at us that required dodging. The controls to begin with were a little confusing as you use triangle to fly-up and X to fly-down, combined with the analogue stick to move forwards, backwards, left and right on that plane. This, in-conjunction with the ability to look around via your own head movement, resulted in an almost immediate death.

After a short time though the controls became a little more familiar and actually began to feel rather good, giving you that feeling of being an awesome mech pilot dodging and moving at high speeds to avoid attacks. Unfortunately, once it switched to returning attacks using ZOE’s popular auto-lock on camera, the demo began to feel rather flat. The player is less of an awesome mech pilot and more like someone who's just being dragged along for the ride. 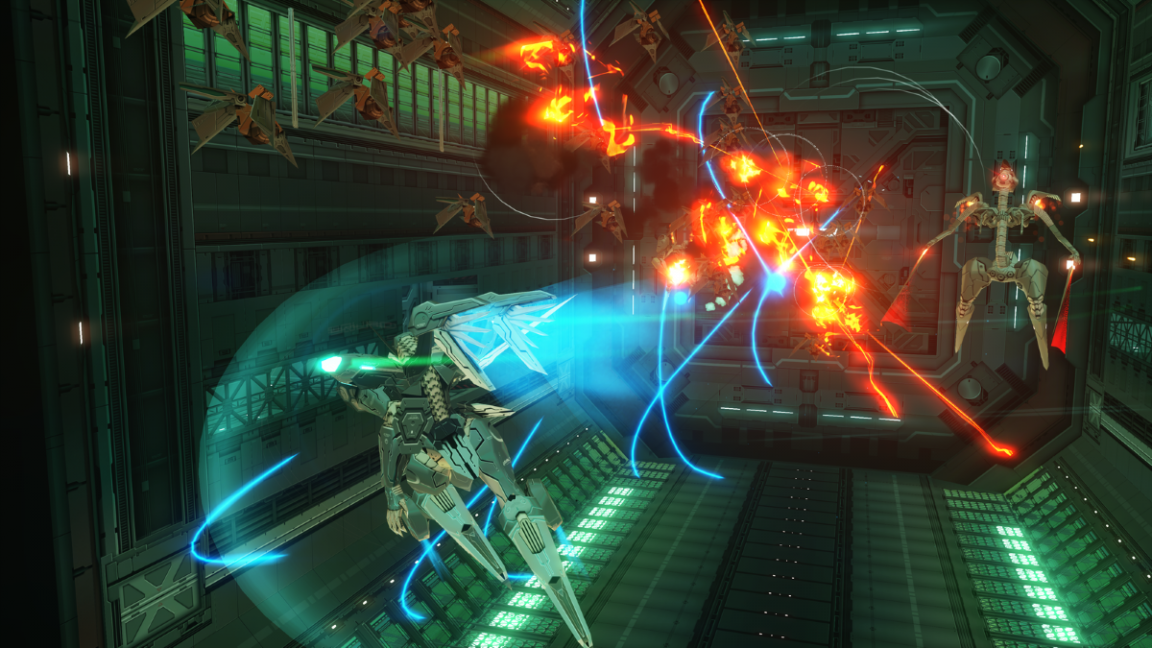 The gameplay hasn’t changed for the VR mode and the main way of attacking enemies using the lock-on is exactly the same, meaning that you just repeatedly mash the square button to deliver attacks. We sliced and shot our way through multiple waves of enemies, whilst the first-person camera would quickly and sharply auto jump between them. As you can imagine in VR this was a little too much for the senses and even in our short 20 minutes with The Second Runner, by the end I was starting to feel a little queasy from all the fast and jumpy camera cuts. This left me a little worried about attempting to play the final game wholey in VR, as the gameplay of Zone of the Enders 2 never really deviates beyond these few gameplay mechanics and experiences, and the same can be said for The Second Runner.

Although The Second Runner’s sense of scale is impressive, the same cannot be said about the brand-new 4K resolution models. Whether it’s due to the PlayStation VR headset’s slightly lower resolution or the fact that now the player’s perspective is on a much smaller scale, you can now see the absolute nitty gritty of the textures, meaning the demo looked less PlayStation 4 4K and more along the lines of its original PlayStation 2 iteration. 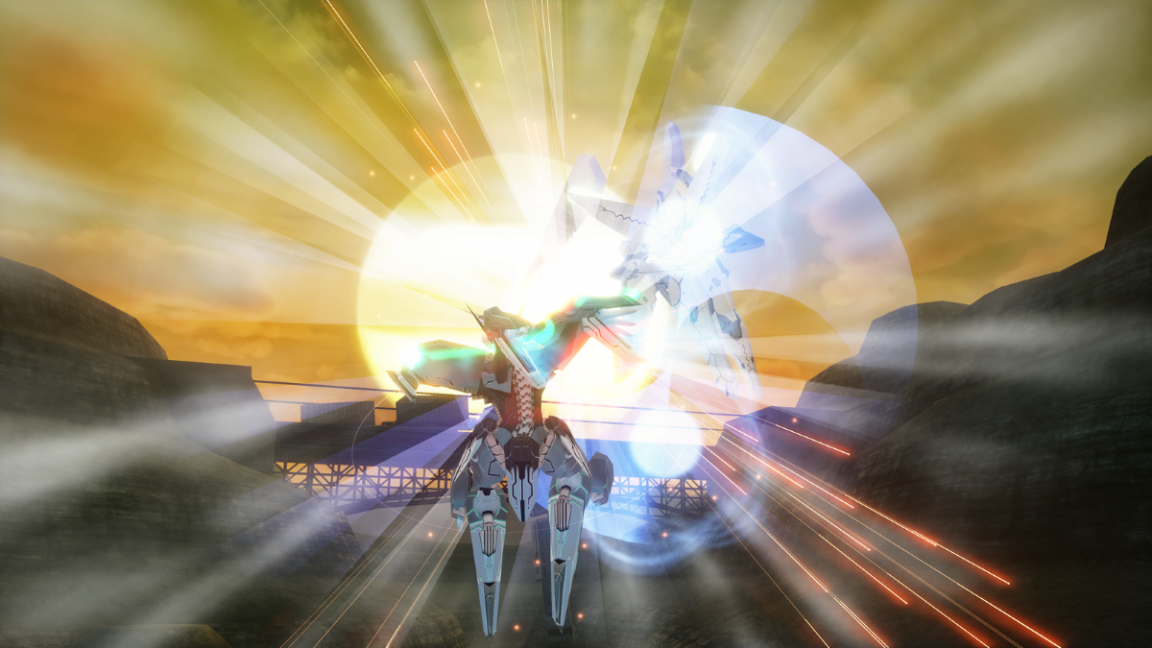 The polygonal-style looked great on the PlayStation 2 and Zone of the Enders has always had an incredibly distinct look replicating that of Yoji Shinkawa’s artwork. But, it must be said that seeing these textures so large in front of you became a little straining on the eyes, especially considering some graphical features such as explosions seemed unfinished and appeared only as flat 2D green and black textures. How The Second Runner appears outside of VR though we don’t know as of yet as we were only able to test the VR segment of the game. It could be that the normal third-person camera display shows off the 4K models much better.

Whilst The Second Runner was definitely interesting to experience in VR and the initial wow of its sense of scale is impressive, in terms of playing the whole of the final game in VR, we aren’t yet convinced it’s a good enough of an addition to stop us from just playing the remaster in 4K on our TVs.

Zone of the Enders: The Second Runner ANUBIS MARS releases for PlayStation 4 and Windows PC in early 2018.