I’m a little late to the silent indie party. I didn’t own a PS2 because I was away being a moody tween so I missed the likes of Shadow of the Colossus and only played Journey very briefly.

Luckily for me, some of the team behind The Last Guardian and the like formed their own company and finally released their debut, Vane.

Aesthetically, Vane doesn’t disappoint. It’s as visually impressive as its predecessors, broadly speaking, with juxtaposed light and dark and menacing birdmen always looming. The soundtrack is a dark, ‘80s synth beat that wouldn’t sound out of place in a Stranger Things episode. It all works together to create an unsettling, mysterious tone. 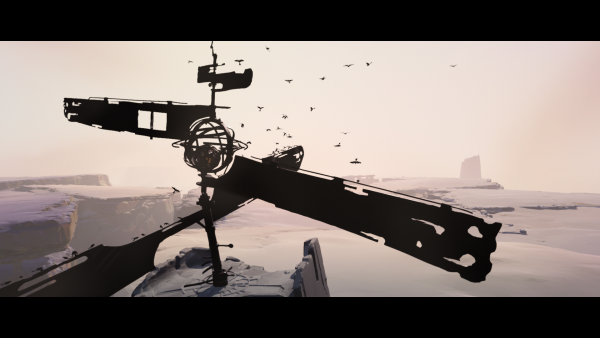 You play as a small boy who is silent, bar the odd shout in some unintelligible language. The game opens with a devastating storm, with dark clouds furling and lightning cracking brightly in the sky. It’s so pretty that I die within the first 30 seconds of the game by falling off the world while gawping at the skybox. The second time, I wander aimlessly in the wrong direction, banging into invisible walls as there is no minimap or waypoint to guide you and I’m very clearly an idiot.

Eventually, you will stumble across a great tower that is frequently referenced throughout the remainder of the story. Seeking shelter from the worsening storm, you are denied entry into the tower by the aforementioned birdmen, and it looks like you’re about to meet an untimely end. Surprisingly, you are transformed into a beautiful little blackbird, and it’s exploring as this bird where you’ll see all the wonders Vane has to offer.

Playing as the bird offers a more freeing and fast-paced experience, swooping down to land on strategically-placed perches and flying full throttle through the canyons, as well as giving you a literal bird’s-eye view of your surroundings. 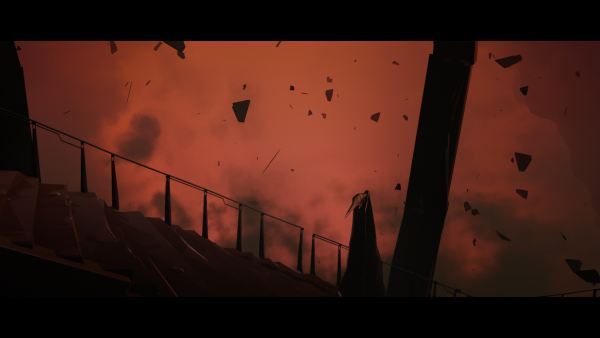 Vane offers little in the way of help when it comes to solving its puzzles. Some are a bit of trial and error, others require you to swoop around the map as the bird a few times before your objective becomes clear. Unfortunately, others might bug out and you may need to start a whole section again, as per my own experience.

The puzzles are cleverly thought out and vary in difficulty. The middle section is by far the most challenging and complicated, as you need to navigate around the map rolling a giant, magical gold orb while rescuing your friends so they can give you a hand. Once you’ve figured out Vane’s secrets, however, you’ll wonder how you’ve managed to spend 90 minutes rolling said orb around, cursing at the screen when the answer was right there in front of you.

Rather than uncovering the story via text boxes, you piece it together through visual cues. The golden orb reveals things that once were and surveying the area as the blackbird often gives a better insight into what’s really going on. Although Vane is a single-player game, teamwork is essential, though it’s up to you to find companions. 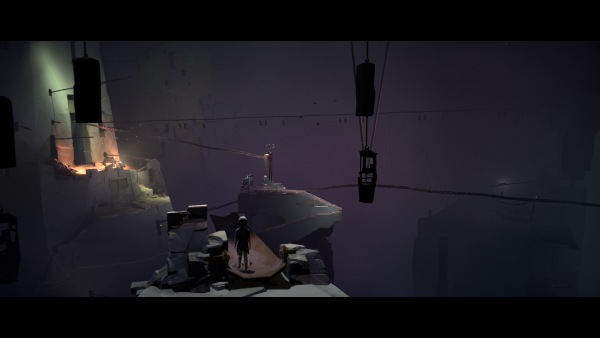 The closing scene is one of the most unexpectedly exciting parts of the game, as you can experience different endings depending on what choices you make. It’s a freeing and satisfying conclusion, if a little confusing and sad.

As my first real foray into the silent indie adventure genre, I was pleasantly surprised. I spent far too much time on some sections due to not being the most experienced puzzle player, though overall I felt rewarded for my time and appreciate the effort spent making Vane look so beautiful, right down to the shimmering feathers. Whether you’re a big indie fan or a newbie like me, Vane is well worth your time.