Uncharted: The Lost Legacy is going to offer a different experience from the main game, and not just because Nathan Drake won't be involved. 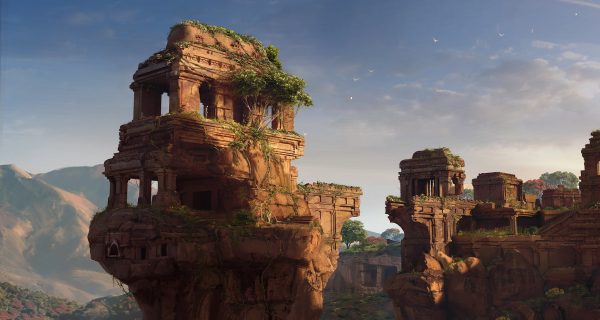 Naughty Dog is currently working on Uncharted: The Lost Legacy, the standalone DLC to Uncharted 4.

The developer revealed only a few small details when the project was first announced last year, and now, we get to learn a lot more. In a blog post, Sony revealed a bunch of new information about the setting, gameplay, and whether or not Nathan Drake will be making an appearance.

The Lost Legacy is set six to 12 months after the events of the main game, and it takes place in southern India. The story revolves around the search for the Tusk of Ganesh, the artefact Chloe and Nadine will have to team up in order to find. The blog post doesn't say how they meet, but it does confirm that it's Chloe who initiates the hunt.

Naughty Dog also confirmed that The Lost Legacy will include the single biggest level in franchise history, and that's just one of several environment the DLC will let us explore. We'll be able to explore at our own pace, the developer promised, with more secrets and hidden throughout.

The developer also said it'll incorporate lessons learned during the development of the main game into The Lost Legacy, such as balancing environmental puzzles with action moments, climbing and so on. Overall, the DLC will feature a number of different environments outside of the lush jungles typical of this part of the world.

These big levels will also invite a stealth gameplay, which Naughty Dog will expand on by including the series' first silenced pistol. Set pieces will return, and Naughty Dog promised they'd do things the studio has never done before.

It was also confirmed that Nathan Drake will not be a playable character, or even make a cameo in this DLC. "We entertained a few possible ideas around including Nate as a secondary character, but everything we did felt superfluous because we tied it all up with Uncharted 4," the developer said.

Uncharted: The Lost Legacy is out sometime this year on PS4.