Stace Harman drops in on Ubisoft’s Digital Day to separate the bold from the beautiful and the promising from the pointless.

Here, have some pertinent details about games mentioned in this piece, starting with: Watch Dogs CTOS Mobile, a free app for Android and iOS devices that launches alongside the main game in November

Assassin’s Creed Pirates is also coming to Android and iOS; it’ll be out “Fall 2013”, which means soon.

Rayman Fiesta Run will be out later this year for Android, iOS and Windows 8.

Trials Frontier, which will “interact” with the upcoming Trials Fusion, is smartphone and tablet-bound before the year’s end.

Now in its fourth iteration, the Ubisoft Digital Days afford the publisher a prime opportunity to present its digital wares in all their forms, away from the bright lights and crowded halls of Gamescom and E3.

This year threw up a smorgasbord of content that ranged in style, substance, quality and business model but, equally as importantly, it gave Ubisoft a chance to reiterate its commitment to an area that will continue to grow with the arrival of PS4 and Xbox One. As EMEA executive director Alain Corre succinctly put it in his opening address, “Digital used to be an afterthought, now it influences everything we do.”

It’s worth taking a moment to examine that sound bite in a bit more detail because, based on some of the offerings at the Digital Day showcase, it carries more weight than was probably intended. In a bid to offer multiple ways for us to interact with its multitude of IPs, Ubisoft has been championing companion apps and mobile experiences to sit alongside its biggest and brightest brands. Perhaps unsurprisingly, this results in a mixed bag when it comes to quality and desirability.

On the one hand, there’s the fun diversion that is the Watch Dogs companion game, CTOS Mobile, which affords one player an overlord’s view of the city as they attempt to hack the technology of Chicago to help or hinder other players in competitive or co-operative multiplayer modes. It’s tense, fun and fits wonderfully within Watch Dogs narrative to have a player interact with its world in a persistent and direct manner by way of an external piece of technology.

Then there’s Assassin’s Creed Pirates. With only a trailer and accompanying fact sheet to go on it would be harsh and flippant to wonder aloud why this standalone mobile experience exists and yet, with previous AC mobile attempts in mind, it’s hard not to do so.

This happy-face-sad-face trend continues elsewhere with Rayman Fiesta Run proving an absolute delight, while the free-to-play Trials Frontier sets alarm bells ringing with its metered play sessions that could stray dangerously close to pay-to-play if Redlynx doesn’t get the balance absolutely spot-on.

Thomas Paincon, EMEA marketing director of digital publishing, openly admits that, “Now, when a studio is presenting a new project they must come with a broader strategy. So, it's no more that they come with an idea for just a PS4 game, we'll also ask what they have planned for mobile, or for digital so that right from the beginning they have to think about the whole strategy, not just one avenue.”

Based on the available evidence this is both a troubling and a promising requirement that will inevitably result in a plethora of hit-and-miss attempts to broaden our game playing experiences. 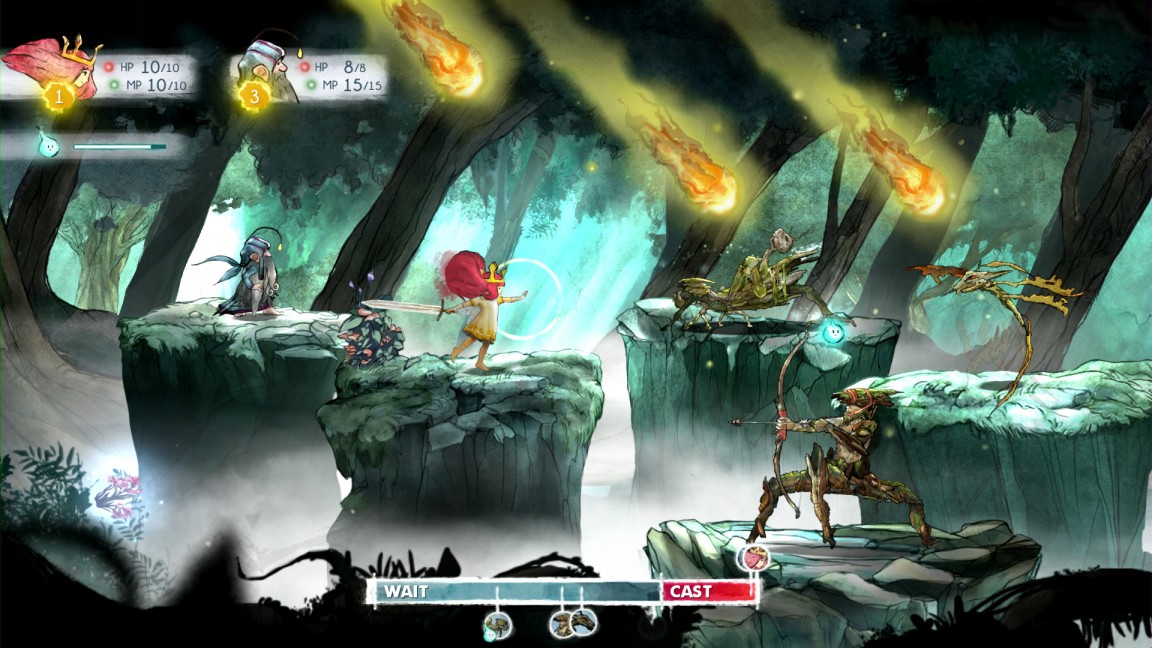 Of course, Ubisoft’s digital strategy is not defined by or restricted to its mobile dabbling. There are other more substantial offerings for which the label of digital is nothing more than a distribution method. The most promising titles on show are two created using the UBIart Framework, an engine developed by the Montpellier studio and used to build recent Rayman titles.

The first of these is Child of Light, which is nothing short of beautiful. With its JRPG leanings, poetic narrative delivery and delicate, painterly aesthetic, it’s a credit to the depth of talent at Ubisoft that this is a product of the creative director and writer responsible for Far Cry 3’s hard-edged dystopia.

Speaking of the inspiration for Child of Light’s overall tone, writer Jeffrey Yohalem says, “When we originally discussed Child of Light we talked about making it a playable poem in every conceivable way and I had to think about it for a while before saying yes because it’s a huge undertaking.” It sounds borderline twee to put it in those terms but while I’ll reserve my professional opinion until I’ve played the finished article, on a personal level I’m sold based on a joyous 30-minutes hands-on session.

”When a studio is presenting a new project they must come with a broader strategy. So, it’s no more that they come with an idea for just a PS4 game, we’ll also ask what they have planned for mobile, or for digital so that right from the beginning.”

The second of Ubisoft’s eye-catching UBIart titles is Valiant Hearts: The Great War, a puzzle adventure game inspired by letters from the First World War. Valiant Hearts tells the story of five characters that experience the war from very different viewpoints: a nurse serving in the trenches, a French prisoner of war, an American Legionnaire and British aviator who lied about knowing how to fly.

By overcoming hardship, solving puzzles and communicating via Machinarium-style thought bubbles, each of these strangers will ultimately help a German soldier named Karl throughout the war’s four-year duration, and all five characters will be assisted by a currently unnamed canine companion.

“Our primary thought going into development was: how are we going to explore World War 1 without making a shooter,” recounts development director Adrian Lacey “We hope we’ve created something that’s entertaining and thought provoking but that also provides an interesting way to learn about the war.”

My only concern at this stage is that the two puzzles on show were very simplistic, but assuming there’s more complexity and challenge later on then Call of Duty can keep its dog of war because Valiant Hearts: The Great War will be where it’s at for me.

Elsewhere, Ubisoft’s Digital Day line-up featured a new title in the popular Rabbids series, a card-based interpretation of Panzer General, a browser-based action-strategy title set in the Endwar universe and yet another Assassin’s Creed game in the form of an HD port of Vita’s AC3: Liberation. There was also the announcement that nobody had been waiting for that Ubisoft’s so-so digital content platform Uplay will feature in the company’s PS4 and Xbox One plans, rather than being put out to pasture.

In all, it was a largely positive showing from Ubisoft, with the weaker mediocre titles compensated for and overshadowed by some genuinely exciting, high-quality offerings. Looking ahead, Ubisoft’s ongoing digital strategy and commitment to leveraging content from its biggest IPs will inevitably continue to deliver mixed results. Fortunately, the publisher-developer also has a significant wealth of talent capable of fresh ideas and innovation.