The Witcher 3: Hearts of Stone adds a ton of new content to CD Projekt RED's best-selling RPG. Here's how to find it - and how to beat it.

The Witcher 3: Wild Hunt comes to Nintendo Switch on October 15, complete with Hearts of Stone and Blood and Wine, as if you needed another reason to play it.

As part of our The Witcher 3: Wild Hunt walkthrough, we've gathered everything you need to know about Hearts of Stone.

The expansion adds about ten hours of story content including the main questline as well as multiple optional secondary missions. It also adds loads of new open-world markers to explore, a new short term romance option for Geralt, many expanded locations, several Gwent cards and an entirely new kind of craftsman. 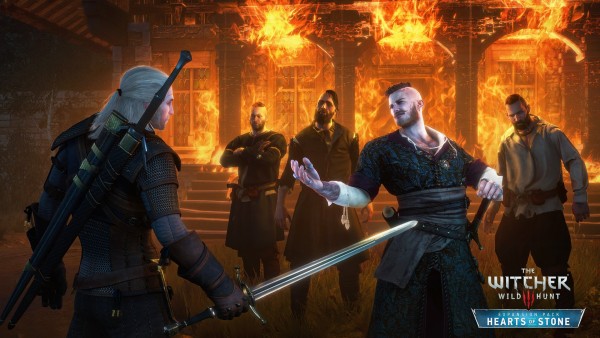 To start playing Hearts of Stone you will, of course, need to have downloaded and installed the expansion.

There are three ways to get started with the new content of Hearts of Stone. The easiest way is to select it right from the game's start-up menu; this will drop you in with a level 32 character.

Otherwise, you can load up your existing save or even begin a brand new game, following your quest journal to the Seven Cats Inn to kick off the adventure at the notice board. If you choose either of these two options, be aware that CD Projekt RED recommends a minimum level of 30 before starting, as the enemies in this questline are much tougher than regular foes.

Below you'll find links to our full walkthrough of the Hearts of Stone main questline. You can also check out our The Witcher 3 main quest guide, as well as our Blood and Wine guide if you want to jump straight into the DLC.