Bloober Team has released a new trailer for The Medium, exploring what a medium actually does.

The new video for The Medium is the second in Bloober Team's premonition video series, which shines a light on how the psychological horror title plays.

The latest video entitled What Does A Medium Do? explains what it means to be a medium like Marianne, and shows off some of the unique psychic abilities she is able to use to navigate the spirit world and unravel its mysteries.

The Medium will release on Xbox Series X/S and PC via Steam, Epic Games Store, and the Microsoft Store on January 28. It will also release day one on Xbox Game Pass for console and PC.

Bloober Team has also released the updated PC system requirements via a new infographic, which you can have a look at below. 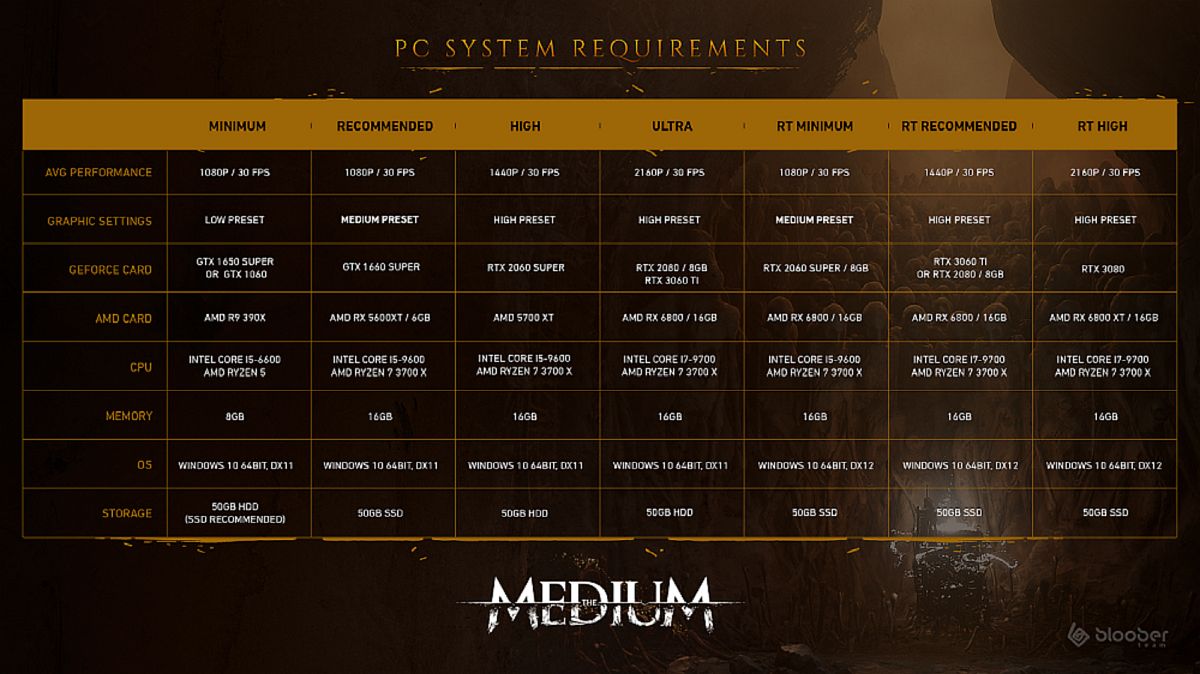