New research from the Kantar Worldpanel suggests the Scorpio should target 2 million "disengaged" Xbox One players. 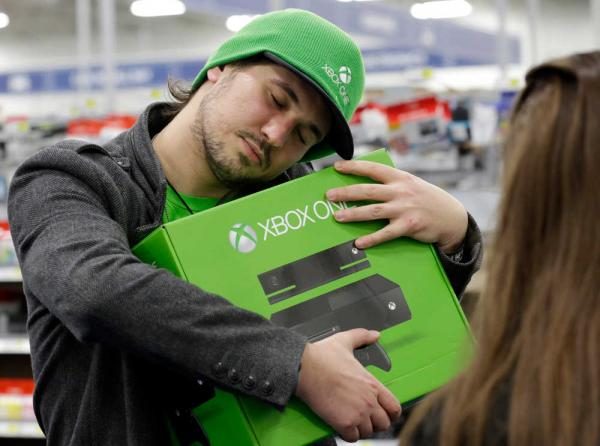 Check out the Microsoft E3 2017 livestream.

As of last month, Microsoft's official stance Xbox Scorpio launch would proceed smoothly. That's not about to stop experts and business analysts from looking at the research to see where strengths and weaknesses lie. The process has uncovered some interesting data - not the least of which is the system may have a limited impact outside of US and UK markets.

The data comes from the Kantar Worldpanel (as summarized by GamesIndustry.biz), and not all of it is surprising. For example, roughly 64% of UK Xbox One owners haven't purchased a physical video game in a year - but almost anyone can tell you digital sales are booming. But it also uncovered what Kantar calls 2 million "disengaged" Xbox One fans who could be brought back to the fold with the Scorpio.

The biggest opportunity, ironically, lies in Xbox 360 owners. Kantar's data tracker has revealed 2.5 million Xbox 360 UK players who haven't upgraded to the Xbox One yet. Since they don't have any Xbox One platform, the Scorpio might be what finally pushes them to make the purchase.

Right now an estimated 16.5% of UK players own a 4K TV. If that translates directly into Scorpio sales, Microsoft could be looking at an additional 1.2 million customers. While still a far cry from those disengaged players, it's still a great start.

So where is Microsoft's weakness? Right now, it comes down to the launch price and software. Analyst firm IHS is currently predicting $499/€499/£429 for the new system launch, which isn't going to have a large impact on markets outside of the US or UK. (And we can safely say the price is reliable, now that video game journalist and producer Geoff Kneighley confirmed the US amount independently.)

I can now say with confidence Project Scorpio is $499. Unless something changes today, that is what will be announced.

"The expected price differential between Project Scorpio and Xbox One S is high enough to reduce the impact of the new platform on the broader console audience," IHS said in a statement. "Project Scorpio is not the device to re-ignite Xbox One sales in continental Europe and to gain market share from Sony in key sales territories outside of USA and UK."

Microsoft could make up the difference with software, which brings up another problem: The first party line-up Phil Spencer recently emphasized. "Sony's solid roster of first-party titles and its timed exclusives with key third-party games mean that Microsoft has ground to make up around content exclusives," ISH continued. "Microsoft's smaller collection of first-party studios suggests that it needs to announce more third-party exclusives to help wrestle the market initiative away from Sony. It is likely that some of Microsoft's exclusives will centre on the power and capability of Project Scorpio, although its strategy not to divide the Xbox One user base means that any move here will be relatively limited."

Microsoft's E3 livestream begins at 2pm EST. We'll have to wait and see whether an newly announced games could change this direction.