The PlayerUnknown's Battlegrounds team is back from vacation, and weekly patches have resumed. 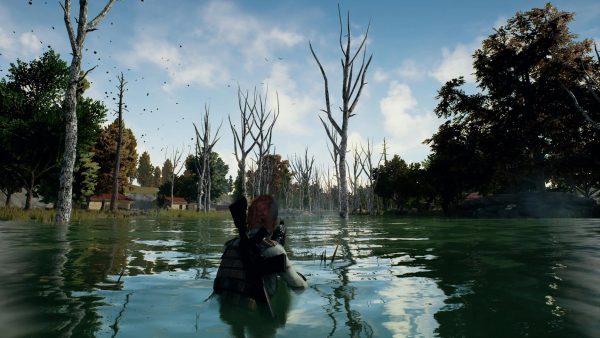 After taking a week off, PlayerUnknown's Battlegrounds developers at Bluehole have resumed the weekly patches cadence. Week 8 patch, which will hit live servers today, has been detailed.

The patch is already live on the game's test servers, and today, May 16 is when the rest of the player base will be receiving it. Expect it to drop at 1am PT, 4am ET, 9am BST, 10am CEST.

The patch brings some improvements to performance and sound issues, but the two biggest changes here were made to prevent cheating. To stop players using lag switches, characters with ping above a certain value will not be able to move or shoot until their ping drops below that threshold.

A Lag switch, for the unaware, is a device that artificially overloads one's network to raise the ping well above acceptable numbers. This makes the player lag switching impossible to hit, giving him an advantage.

Some players were able to remove the in-game foliage by changing values in the game's .ini file, this has now been fixed. Rounding up the list of headline changes is the removal of the flash bang until Bluehole fixes the freezes and crashes that sometimes occur when using it.