If cleanliness is close to godliness then the people of A Plague Tale's 14th century France must be halfway to heaven. Far from the stinking peasants of Monty Python, they surround themselves with soap and wash in deep wooden baths, the kind Geralt likes, hoping to protect themselves from the encroaching stench of death.

They're ahead of their time - researchers now reckon the bubonic plague spread from person to person, not through rats, and that our furry friends have been unfairly maligned. But unfortunately for these peasants, they're also living in the wrong universe. A Plague Tale: Innocence is an authentic-feeling but not strictly historical action-adventure take on what it'd be like to be born in the unluckiest generation, and here it's the rat's bite you've got to worry about. Worse than that, the rats don't stop after the first mouthful - arriving in terrifying throngs to reduce their victims to bloody pulps. On top of it all, the English are invading, and the Inquisition are riding around in carriages sticking swords through people for reasons they keep to themselves. They're information hoarders in plate mail, and far beyond the reach of Marie Kondo.

The needle you steer through this rich, red tapestry is Amicia, teenage daughter in a wealthy family. Insulated from the hell outside, she’s instead been shaped by the father who taught her to use a sling - thankfully, since it's the game's only weapon. Her mother is a resourceful but distant figure, hardened by the ordeal of caring for Amicia's younger brother, Hugo, who has been quarantined his entire young life due to a mysterious illness. The two siblings are essentially strangers until they're both thrown from their walled bubble in the prologue. 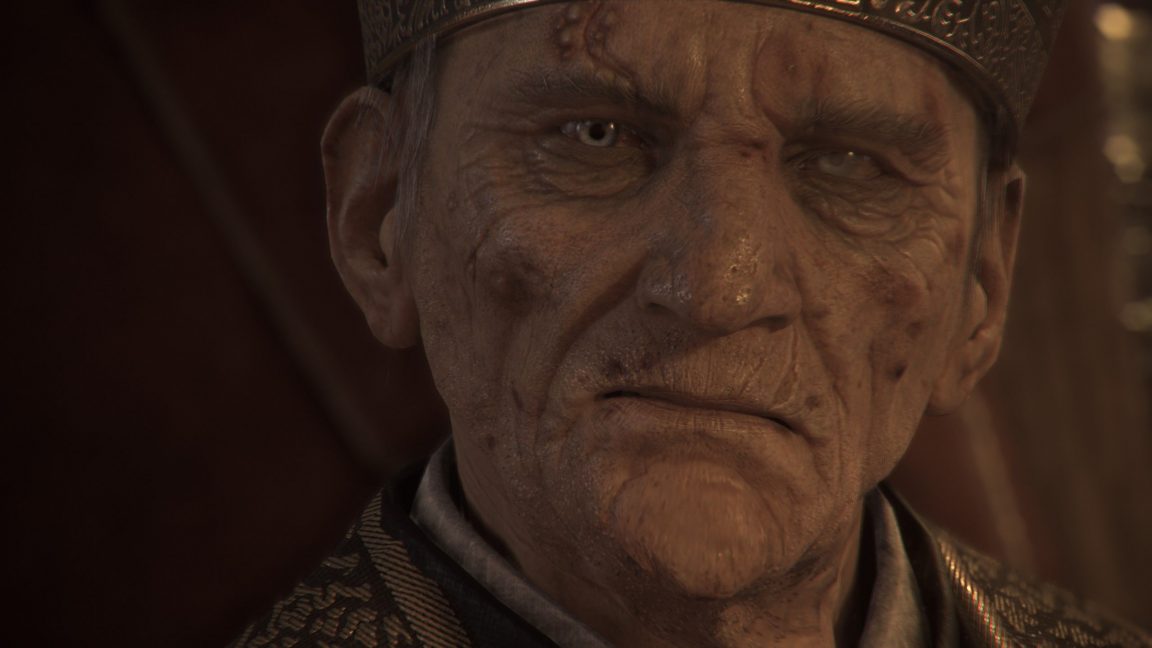 It's their innocence the title concerns, and it takes a battering as the pair navigate a world they've never seen, trying to avoid the awful fates that await displaced children during war.

If it feels like I'm spending a lot of time digging into A Plague Tale's characters, that's a focus reflected in the game itself. Everything that happens is in service to the two children at its core, pushing them onward or changing them in some way. The camera hugs Amicia close in third-person, and pushes closer still during cutscenes, so that we can see the impact of the horrors she's witnessed ripple across her face. "Try not to look," Amicia tells Hugo, but it's not a protection she offers herself.

For an idea of how A Plague Tale plays, think Naughty Dog - a little of the elaborate traps and spectacle of Uncharted, and a lot of the scrap-gathering and stealth-murder in The Last of Us. In fact, practically all of A Plague Tale's mechanics have a parallel in one or other of those games. Even the rats, who fear fire and must be beaten back with torches as if parting the seas, have precedent in Uncharted 3's tomb spiders.

For the most part, that's not really a criticism. Bordeaux's Asobo Studio, which until now has worked predominantly on Disney film adaptations, has done a remarkable job of mimicking the flair of its inspirations. But it makes no advancements either, and takes on some of the more tired elements of action-adventure it could’ve done without. This is a game in which you spend a lot of time a) pulling a lever while an NPC turns a crank, b) boosting an NPC up a ledge, c) tapping a button to help an NPC open a heavy door, or d) shooting a rope to knock down a bridge or brazier. 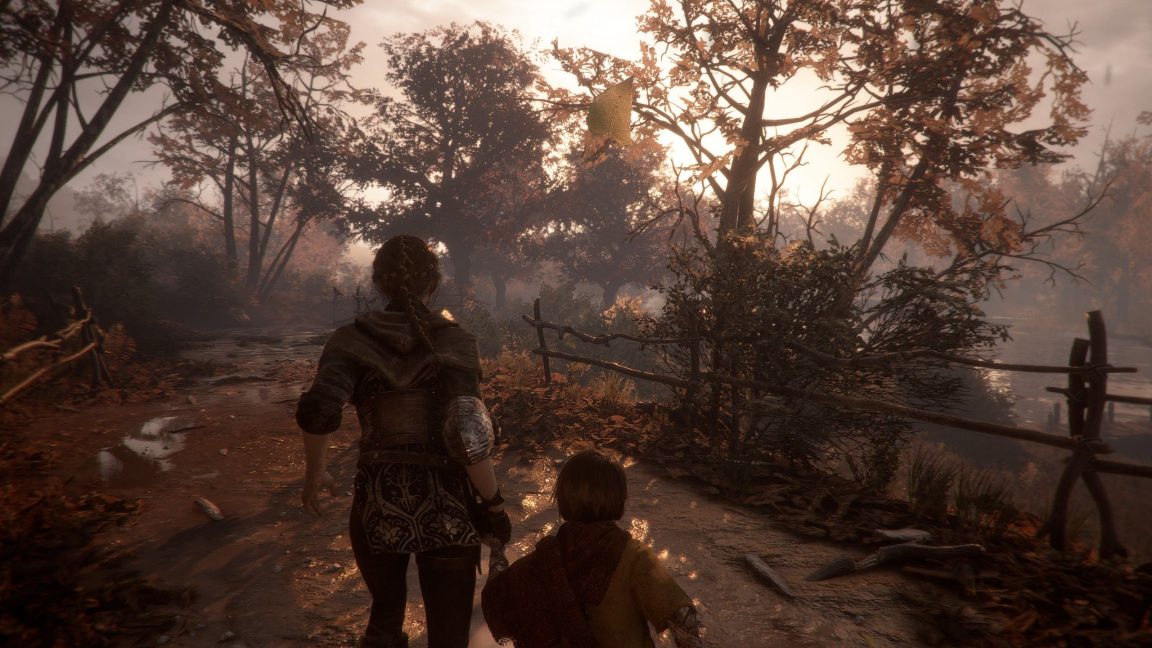 It's rarely challenging, and in A Plague Tale’s worst moments you can see what needs to be done five steps ahead, leaving you to press the rote buttons and hear the dialogue unfold. Your mileage may vary - just know you’ll be stopping every one of those miles to help Hugo over a wall by pressing A.

It helps that the NPCs you’ll be tapping buttons with are wonderful company. Over the course of Amicia and Hugo’s misadventures you’ll pick up a gaggle of teenage companions, giving the game the air of a grimdark Enid Blyton or CS Lewis story.

A highlight is the thief and runaway Melie - acutely aware that Amicia has existed on a different plane of privilege until now, and always ready to remind her of it. Then there’s Lucas, your connection to the Middle Ages art of alchemy, an apprentice who is kind and well-mannered but a little overeducated. When he gets carried away looking for a Gandalf-style glowing doorway to an alchemist’s hideout, it’s Melie who reminds him to “use your eyes before using your mouth” - revealing the perfectly ordinary passage behind an overgrown shrub. Gradually, the interplay between these characters becomes something you look forward to - more so than the next upgrade to your sling or alchemical ammo.

That ammo is the way you make a path through A Plague Tale’s levels, either by burning the helmet off the face of a soldier so that you can deck them with a rock, or lighting a strange substance and letting it fizz away on the ground, budging the rats which cover every surface. It’s best to think of the rats not as individual monsters but as a sentient liquid, spreading towards sources of food and receding away from the light. They’re lethal to the touch, but like any liquid can be redirected. Often the game sets you adrift on an ocean of writhing rodents, and you’ll have to plan a way from one patch of light to the next, not knowing where your next raft will come from. These scenes tend to provide A Plague Tale with its most shocking spectacle, recalling the hordes of both Days Gone and World War Z. Truly, this is the year of the impressively clumped enemy. 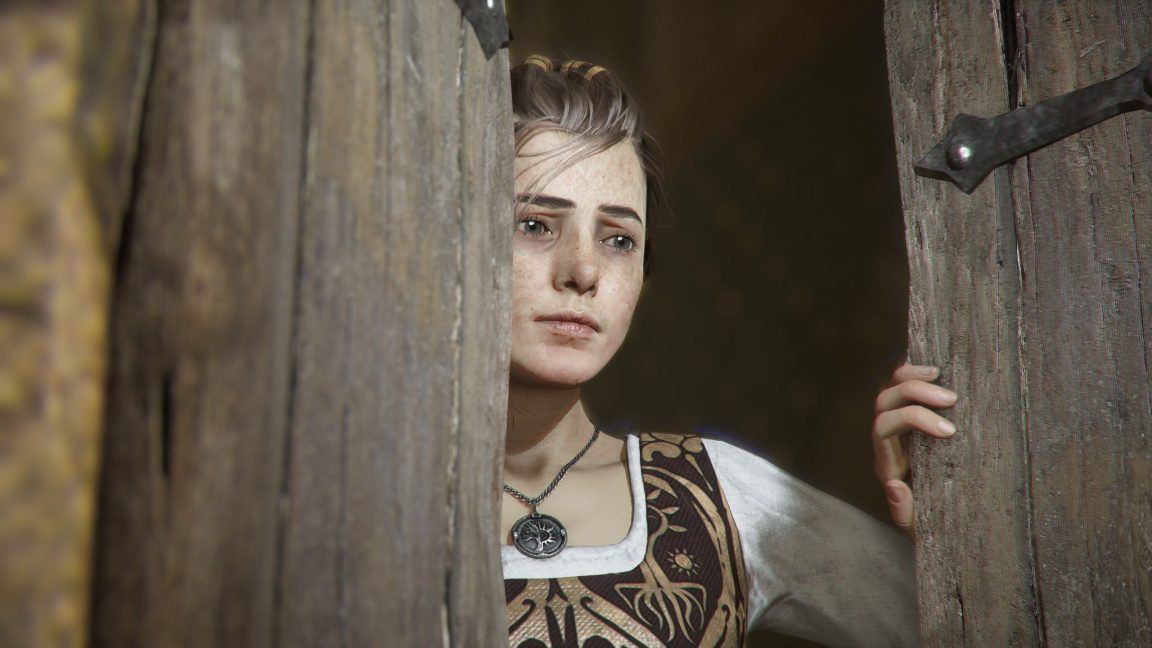 A Plague Tale is a beautiful game all over, though. It’s sometimes difficult to believe it didn’t come from one of the established development houses of Sony or Ubisoft. Games as grim as this one tend to slip into an icky red-brown palette and stay there, but here you’ll find constant colour and variety. There’s gratuity, yes, and Asobo tends to amplify the scale for those moments - with heaped piles of slaughtered cows and Stranger Things-esque journeys into underground nests built from sinew and skeleton. But there are also mossy watermills in the woods, moon-lit puddles in the town square, and a yawning, rain-slick castle open to the elements. The story returns to that last one as it shifts through the seasons, sieving snow onto the craggy ramparts, which look over leagues of French forest.

It’s a world that feels like one. Despite the fantasy - the rats a metaphor for the invisible spread of the disease - A Plague Tale plays the 1300s completely straight, with none of the hey-nonny nonsense you might be used to in RPGs that feed on European history. And it works.

The horror, gore and screaming strings of the score are kept in check by Hugo. Much of the game is, essentially, one long escort mission, and the fact that’s nowhere near as frustrating as it sounds is down in large part to the little guy at its centre - a sweet boy who holds your hand and steers you unerringly towards the good in the world, especially the animals. At one point he offers a pig his condolences for what’s happened to his friends. Nobody in this story is allowed to keep their innocence, but there’s still room for Hugo’s good-natured curiosity. It’s just a shame that Good-Natured Curiosity makes for a shit subtitle.

There’s a lot lifted from other games in A Plague Tale, but somehow there’s nothing cynical about it. This is a full-hearted reach for the big time of AAA storytelling that succeeds in the most important departments, thanks to its sparkling polish and subtle characterisation. It’s one of a handful of games for which I could tell you the personality traits and motivations of not just the protagonists, but four or five secondary characters. Consider this review a carrier: Asobo Studio is a name that’s going to spread.