Monster Hunter: World finally has a release date - and a trailer with some story details.

Monster Hunter has always been pretty light on story, but the Tokyo Game Show 2017 trailer for Monster Hunter: World proves that this entry in the series is going to be different in that way as well as many others, depicting story sequences with characters chatting followed, of course, by a bunch of battling against colorful, deadly monsters. The music is also lovely.

Best of all is that the trailer reveals the release date for the game: this PS4 and Xbox One edition of Monster Hunter will arrive worldwide on January 26, 2018. The PC version will arrive later, though we don't have an exact timeline on that just yet. Here's the trailer to feast your eyeballs on.

Also revealed as part of this was the fact that if you pre-order you'll get some extra armor, while there'll also be a digital deluxe version of the game that includes a bunch of new stuff including armor and character emotes.

Monster Hunter isn't so massive in the West but in Japan it's absolutely enormous, and as a result Capcom are also releasing a special collector's edition of the game and a Monster Hunter World themed PS4 Pro. Both are pretty bad-ass if you ask me, with the collector's edition including an art book, sound track and figurine. The PS4 Pro features a sweet red-and-black Monster Hunter theme, with monster artwork on the console itself. Here's those to look at - and if you're crazy, you'll be able to pre-order to import pretty soon. 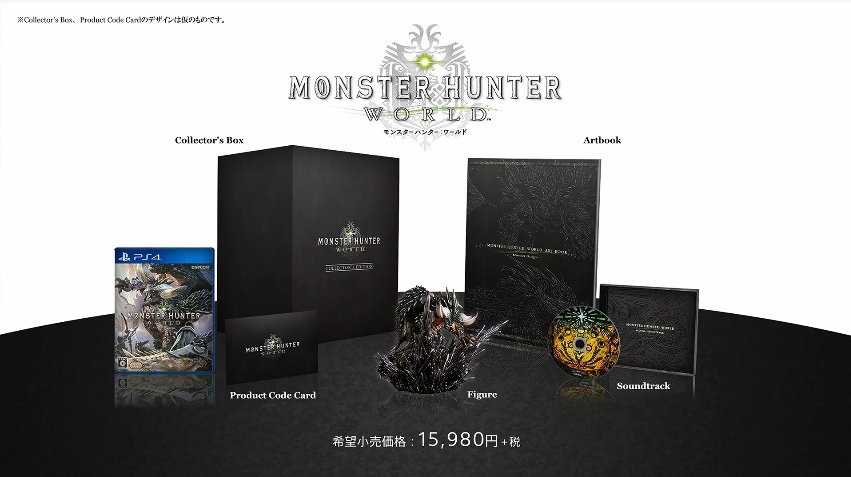 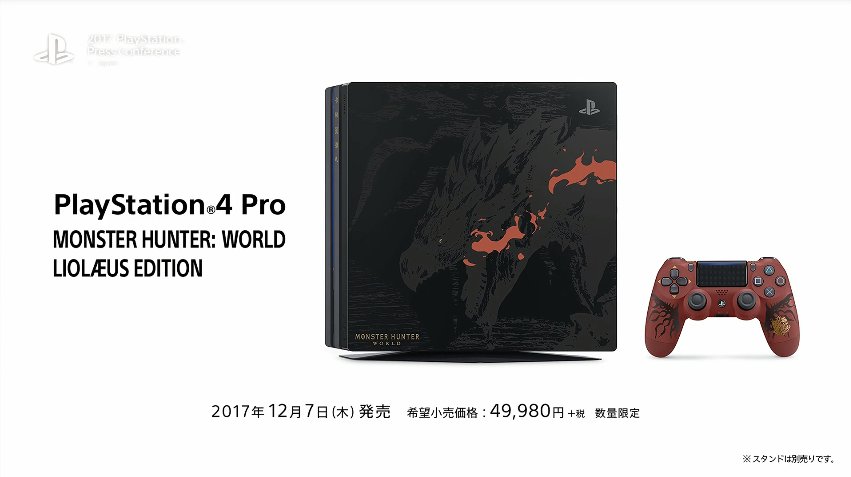 As the game approaches launch we'll have plenty more on it, but needless to say it looks pretty great right now - just look at that trailer!