It’s not a huge news story to learn about a kid getting bullied. As awful as it is, it happens. And it did indeed happen to me when I was in school. During a week where we’re all looking to find the silver lining when things seem so bleak, I thought the time was right to share my own tale of how Super Mario Kart came to my aid and helped get me through some sad times.

Some necessary information first: while the series in general is one of the best ever, I won’t hear any of this nonsense about Mario Kart 64 or Double Dash being superior. They’re not. The original that was released by Nintendo way back in 1992 for the SNES was the first and greatest, mostly because it boasted the inclusion of the track Ghost Valley 1. Equal parts tricky and devious, learning the intricate nature of the course could see you reach breakneck speeds, and risking it all to abuse the shortcut using a well-timed feather power-up to hop a small gap had more tension than a Hollywood movie. Screw armageddon and the impending doom of mankind. I’ll take having to push a button at the right moment to ensure I finished in first place. It remains a masterpiece.

There’s countless anecdotes like this I could apply to Super Mario Kart, but it was these intricacies that made me fall in love with it, and why it was such a ray of hope when I knew another day of school was in front of me. If you have suffered a similar bullying experience you know how daunting it can be, not knowing whether you’re going to finally be ignored or have to suffer through it. In hindsight I should have told someone or sought the help of my teachers, but that’s a tough move to make when staying quiet seems to make more sense. It’s like when you’re outside and face a fearful encounter with a wasp. If you remain silent and don’t irritate it, hopefully it’ll just forget about you and focus on someone else. I call this the T-Rex method.

Even with such hardship, though, I didn’t care by the time I got home. It was a race from the door to the Super Nintendo to get the good controller – the other had been ruined by numerous bounces off a wall – choosing Koopa Troopa (who is still the best character, by the way) and aiming for first place. It was great by yourself, better with someone else, and it was so popular in my household that a ‘chair system’ was even put in place. The winner sat in the far left seat and stayed there as long as they didn’t lose. If they did they were sent to the end of the row, slowly making their way back to the precious second stool where you had another chance of success. This, I promise, was more addictive than the Premier League.

With all that said, nothing was better than one incident where the usual events of the day changed. I used to get the bus to school, as I’m sure many of you did, and in such a confined space – and as the youngest member of the group – it was just an easy place to get picked on. As others were older they had the power to wear trousers, whereas I had to wear shorts, and it was a rarity when someone didn’t slap me on my thigh before shouting ‘ALRIGHT MILLER!’. That was no fun. 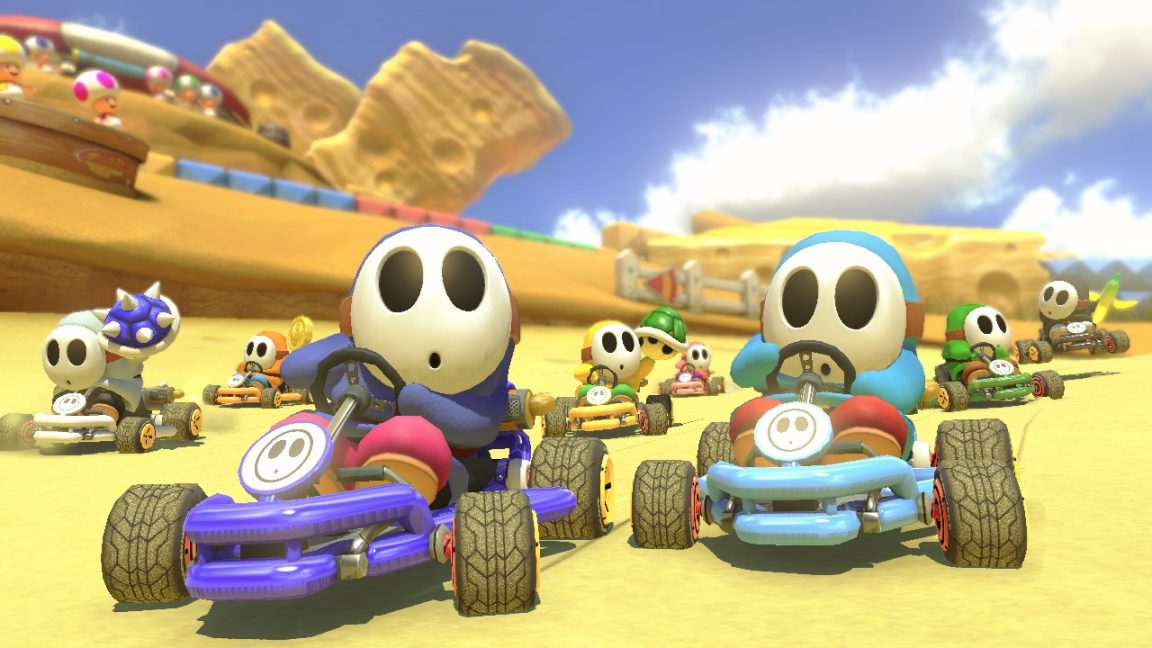 This is why when I saw one of the usual culprits coming my way I braced myself for a smack. It didn’t happen. Instead he sat down next to me and asked if I’d been playing Super Mario Kart. Worried it was a trick I was somewhat illusive, but my love for Bowser’s Castle was clearly written all over my face. In a moment I still don’t understand to this day, he told me to tell my brother that if you accelerated when the race countdown began you would get a speed start. As everyone knows, this was not the case. Do that and you stalled.

However, not only did he bestow this piece of information upon me, but followed it up by correctly telling me how to zoom away from the rest of the pack before the green light hit. I did all this as soon as I could, and seeing my sibling look utterly dumbfounded as I rocketed off was, at the time, one of the best points of my young life. If you had asked me then, I’d have told you it was the greatest day ever.

I still have no idea why he did this, but I do know that the next day he treated me as an equal, and dare I say it, a friend. I like to think my passion for Mario Kart had pushed aside any differences. The speed start is an ability I’ve relied on for decades and it all started in the most unlikely of circumstances.

So the major takeaway from this, I suppose, is that you never know what will happen even during bleaker times, and that, again, Super Mario Kart is the best entry in the franchise, closely followed by Mario Kart DS. Also, Nintendo, while we’re having this chat, just give Mario Kart 8 Deluxe the Netflix treatment and continually release tracks from now until the day I die. And make one of those Ghost Valley 1, for goodness sake. It’s 2020! We’ve been waiting for it to return long enough.

Thanks and stay safe.