Age of Calamity never really stood a chance at living up to Breath of the Wild, but as a sequel to 2014's Hyrule Warriors, it's hugely successful.

Age of Calamity is the story of that conflict - sort of. Breath of the Wild begins with Link waking up from a 100-year slumber to find a kingdom already on its knees. Ganon snarls from Hyrule’s seat of power, monsters roam the land, and hope is slim. We see all of this in the opening of Age of Calamity briefly - where one miniature, friendly version of the hulking Guardian enemies hops through a portal in an attempt to go back in time and change the world’s fate. This is a spoiler-free review, but suffice to say this detail in the opening of the game changes everything about the nature of this prequel.

All bets are off, and that does something special, transforming this from a prequel with a guaranteed downbeat ending into something with the potential to surprise and upend expectations in ways large or small. In many aspects it delivers a quality story - though a little too much detail is hidden in between-level narration that accompanies load screens, the sort of thing most people tune out for. 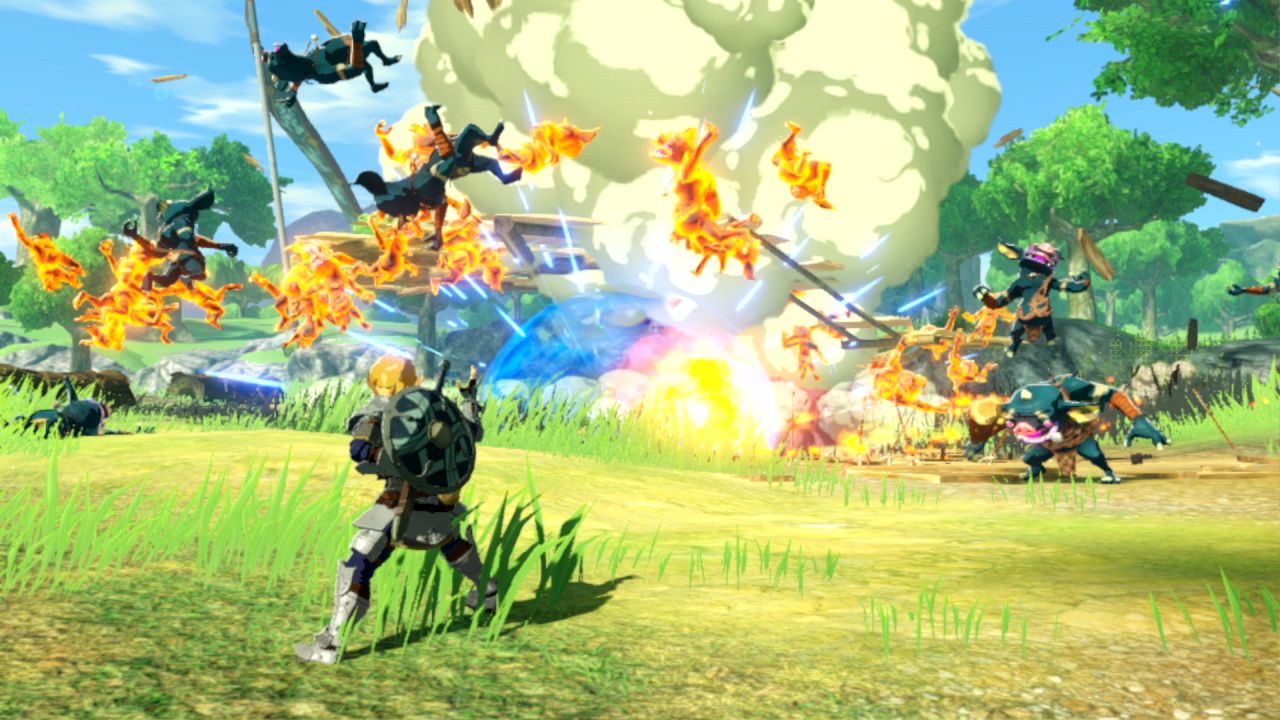 That success comes in no small part thanks to how much of a better glimpse you’re given of that ruined world and its characters. For example, there’s the Champions, individuals whose presence looms large in Breath of the Wild from beyond the grave. Here they’re more interesting, unique and likeable characters - not to mention still alive. They’re lovingly painted by a team that clearly liked the game they hail from a great deal.

The same is true for a range of characters and even Hyrule itself. Nintendo has been more directly involved in this Hyrule Warriors than the last and it shows - not least in the cinematic sequences and the way these loved characters look and move both in and out of combat. Seeing these characters living and at the height of their powers causes an irresistible pang of fanboy glee. Seeing this Hyrule in its prime feels magical, especially after hundreds of hours traipsing through its ruins in Breath of the Wild.

"Seeing this Hyrule in its prime feels magical, especially after hundreds of hours traipsing through its ruins in BOTW."

At its core this is still a Musou game, the hack-and-slash one-vs-many action series developer Omega Force mastered with Dynasty Warriors. In the previous Hyrule Warriors there was occasionally a bit of dissonance in seeing certain characters slice their way through hundreds of enemies, but here it makes more sense. This is a world on a knife-edge, about to tip into ruin - and everybody must fight, from royalty on down.

That everybody is represented in a decently wide variety of playable characters and move sets relatively comparable to the original release of the previous Hyrule Warriors - though I think it's also fair to say that this game does a better job of making each character feel unique thanks to their special abilities and the individual ways each uses the Sheikah Slate, each slightly different. 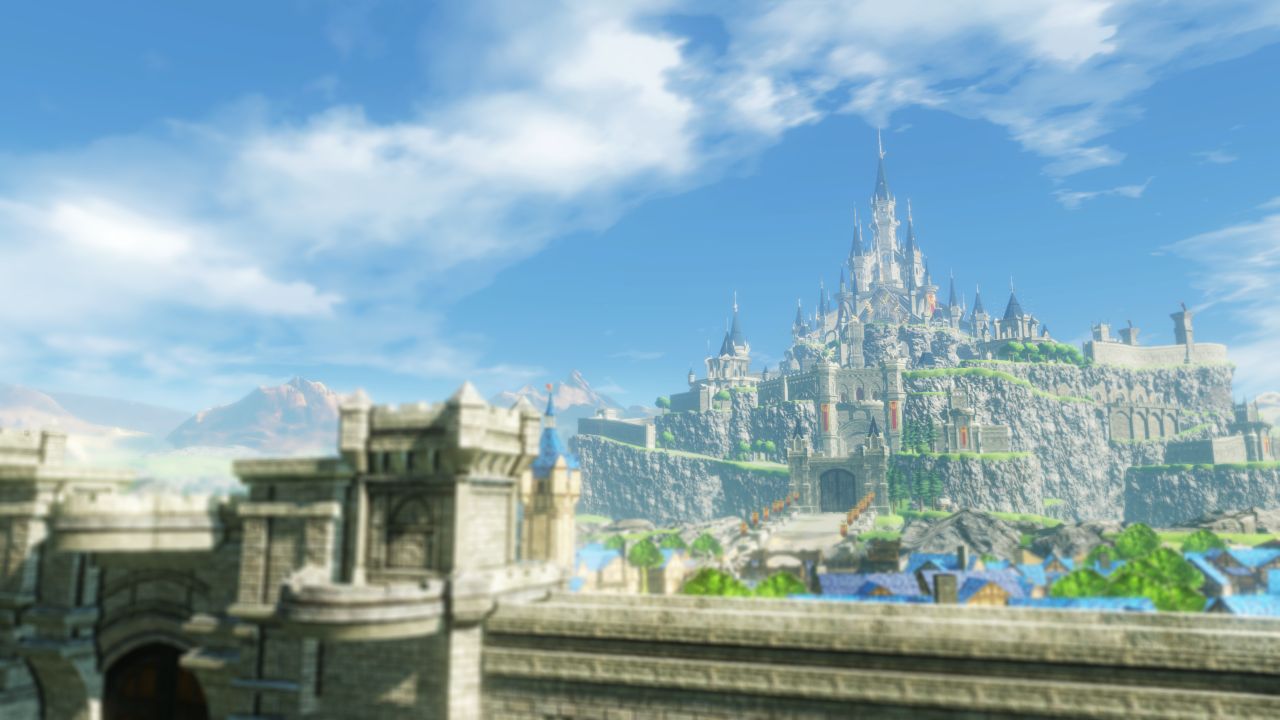 The Sheikah Slate abilities are mostly used as a direct counter to larger mid-boss style enemies. During the wind-up for a heavy attack you might see the symbol for a bomb or stasis pop above an enemy’s head - so to counter, you can quickly execute the matching skill and interrupt that move, opening a powerful enemy up for massive damage.

Like much of Age of Calamity’s interpretation of Breath of the Wild’s systems, this is simple but effective. It’s evocative of the original while enhancing the satisfying but dead-simple core Warriors combat. When you’re making liberal use of the Sheikah abilities and each character’s special skills, this feels like more than your typical Warriors game, properly imbued with the creative spirit of Breath of the Wild - at least, within the parameters of this style of combat.

Main missions, side missions, spending resources to unlock new character moves, undertaking character training or blacksmithing - it’s all handled through the map. As soon as you get past the opening tutorial chapters that map gets busy, with lots to do and explore. This is good, as Age of Calamity doesn’t have as much endless story-free content as its direct predecessor; I’d be lying if I didn’t admit I missed some of these things from Hyrule Warriors: Definitive Edition. 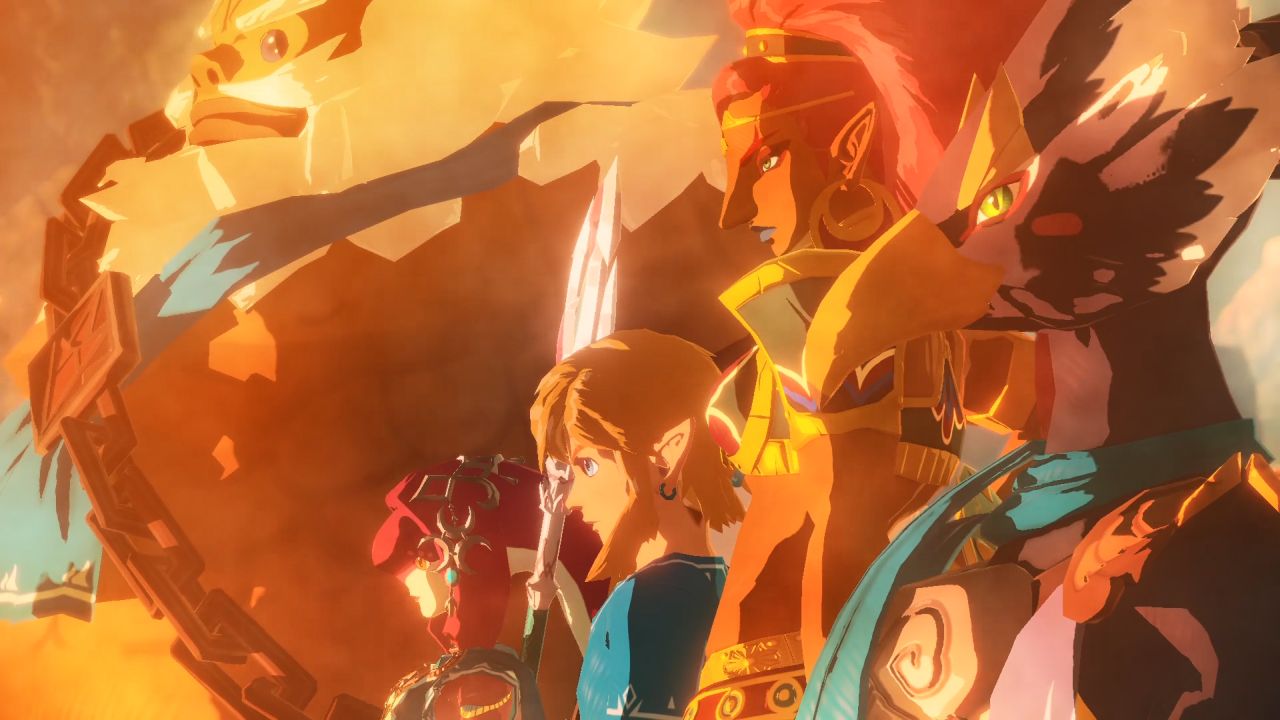 Some other problems are simply carried over. Warriors games always have dodgy performance - this one is no exception, with slowdown abound fairly frequently both docked and handheld. I also hate how when you’re in an enemy base, you have to keep doing that thing of clearing the base out, then turning the camera away to allow new enemies to spawn so you can hit the arbitrary counter of enemies defeated to officially take over the base. That’s always been silly in these games and remains so.

In practically every other measure this title outstrips the previous Hyrule Warriors, however. That game felt like a game made by fans - for better and for worse. It was a crazy crossover that didn’t always make sense. Age of Calamity takes those same component parts but feels more inherently part of the Zelda series; this is no longer a fan-service spin-off, but a new, different Zelda entry in its own right.

The Legend of Zelda: Breath of the Wild isn’t just one of the better entries in this storied series - it’s also one of the greatest games of all time. To this end, the mission of living up to its inspiration is perhaps impossible for Age of Calamity. It is nevertheless successful at what it sets out to do, however - providing a fun, interesting and exciting new adventure that fans of that game will surely enjoy. It won’t stay your appetite for Breath of the Wild 2 - but it’ll keep you occupied happily enough all the same.