The latest iteration of BlueStacks has gone live, allowing gamers to play high-end mobile games without any of the hassle - and with added conveniences and benefits.

BlueStacks 4 lets players play top mobile games on the PC in full-screen, with more accurate controls and faster processing - and without handset interruptions. BlueStacks 4 is 8 times faster than iPhone X and the Samsung Galaxy S9+.

BlueStacks 4 has scaled back to use a more refined interface echoing its Android roots, offering a clutter-free experience with its new Dock for quick access to your most important apps, BlueStacks community, gifts and the Google Play store.

The latest version of BlueStacks also includes an advanced keyboard controls editor, with dedicated MOBA and Shooting Modes, and a custom key mapping feature for those games that don't have dedicated mapping features.

The latest version of BlueStacks can be downloaded from the official site, which also organises games into easy to navigate categories such as genre, most played or fastest growing games.

As BlueStacks evolves as a platform, it's becoming a go-to destination for streaming mobile gameplay, with content creators and esports players finding it easier to broadcast and stream to social networks like Facebook and Twitch. Two billion games are played via BlueStacks every month. 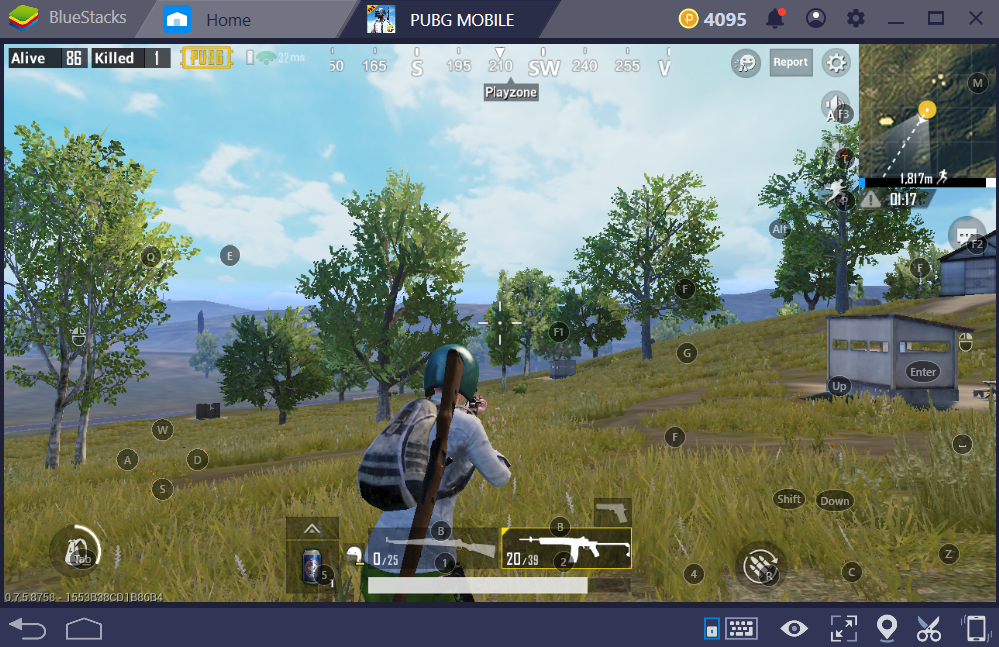 Players are able to earn points while playing via BlueStacks, which can be spent on real products such as gaming hardware, from mice right up to a new gaming PC. xPacks are another form of currency in BlueStacks, handing players rewards for specific games such as exclusive skins, wallpapers, guides and custom game controls.

The team at BlueStacks is working closely with game developers and publishers to integrate its technology. The mobile market is becoming more demanding, meaning high-end mobile handsets are quickly outdated in a rapidly evolving market. Using BlueStacks is an opportunity for PC gaming to reclaim the market lost to mobile devices as players graduate towards ease of use and convenience of gaming on a PC.

BlueStacks now claims a massive portion of the gaming market on PC, second only behind Steam, with its software downloaded more than 300 million times.

"BlueStacks is a small portion of the overall mobile gaming user base. But, it is a significant and fast growing portion of paying users," said Rosen Sharma, CEO of BlueStacks. "This is no surprise since PC gamers are used to paying.

"Game developers all over the world recognise this and partner with us. Once a majority of the paying users adopt the platform, the trends we are seeing will flip this market on its head."

While performance growth has stuttered in the mobile market, BlueStacks' 8x gain is a much bigger leap for the market.

"On the other hand mobile games are becoming bigger and more like the PC games, so this segment is ripe for disruption."

"BlueStacks 4 kills all gaming-focused phones and tablets in terms of performance and experience. Fast, big screen, accurate controls, multitasking, and uninterrupted game playmakes these devices a favorite among the gamers."